Home » Tips » A New TV Show Asks, “Whose Snoring Is the Loudest?”

A New TV Show Asks, “Whose Snoring Is the Loudest?”

There is going to be a new British TV reality show all about people whose snoring is driving everyone around them nuts.

If you haven’t read 13 Weird Health Symptoms, you should. We share what it might mean if you crave ice or get up to pee every night. Good info to have. 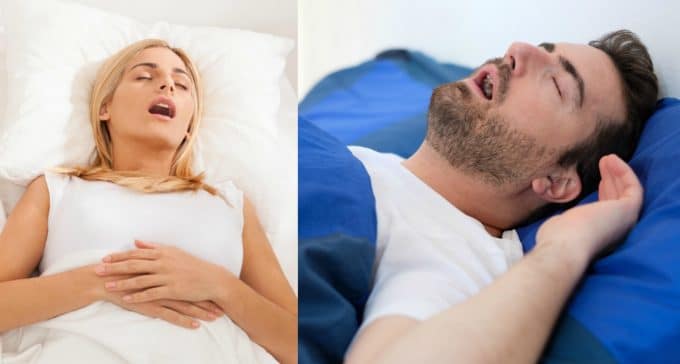 A TV Show is Coming That Features Loud Snoring

You read that right. Loud snoring is soon to be entertainment. I’m so excited (she said while rolling her eyes so far back in her head that she can see what’s behind her.)

A production company called Firecracker Films is looking for Britain’s worst and loudest snorers and I’m already thinking of people I can send to Britain. You are too, aren’t you?

Britain produces some great TV entertainment, I must say. Doctor Who, Call the Midwife, and I can’t leave out AbFab, even though it’s no longer in production.

British TV is wonderful, and it can be pretty fun and innovative with a splash of whack-a-doodle mixed in.

There was a show called Dogs Might Fly, which was all about rescue dogs being taught to fly planes. I’ll give you a minute to take that in.

Then there is Life Stripped Bare. People are actually stripped bare when they have everything taken away from them, up to and including their phones and their clothes. The goal is to see whether it makes them happier. I’m going to go out on a limb and say if you take my clothes away I’d be less happy. Maybe that’s just me.

Now the British have done it again.

The 90-minute TV special is called Britain’s Biggest Snorer. It will feature “self-shot footage from partners and loved ones.” (I already have cellphone audio and video from inside my own home, Firecracker Films. If you’re willing to come to the US, I will give it to you.)

“We want the nation to get behind this quest to find Britain’s loudest snorers. This 90-minute special promises to be both hilarious and genuinely revealing about the impact that snoring can have on health and on relationships,” Jes Wilkens, chief creative officer at Firecracker Films, said in a statement. “It is of course in no way inspired by the personal lives of either of the exec producers!”

When there are only 6 folks left in the race for loudest snoring, they will take part in a “Snoring Camp.” How is “Snoring Camp” not the worst camp since Camp Granada?

From RealScreen, “Britain’s Biggest Snorer will also explore the causes of and remedies for snoring, featuring a team of experts that help sufferers with pioneering and peculiar treatments. The final six snorers and their partners will attend a “snoring camp,” where they will be filmed, monitored, tries and tested, culminating to the crowning of Britain’s Biggest Snorer.”

Like so many other reality shows that got their start in Britain, you’ve got to know this will wind up in the United States soon enough. So the question becomes…

Who would you nominate for Biggest Snorer?

Hubs? Wife? Kids? YOU? Share this with them with a note that says, “Congratulations! I am going to nominate you!”

PS: When will there be a show about people who have to live with the world’s loudest snoring? Surely there would be some kind of awards ceremony with a medal involved. Right?