This recipe takes an already delicious French Toast Casserole and kicks it up a notch with the addition of yummy cinnamon rolls.

I have to say that this recipe gives every other breakfast casserole a run for its money. I love this savory crescent bacon breakfast ring and for sure this slow cooker hashbrown casserole. But, I might have a hard time choosing anything over this one. 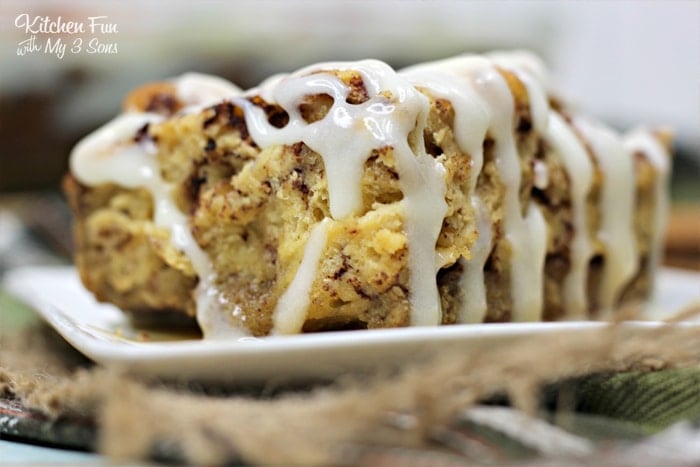 Breakfast casseroles are perfection, especially when there is an occasion to have guests over.

This recipe is exactly the kind of thing I like to make for Christmas morning. Who wants to spend all morning in the kitchen cooking when the excitement is around the tree?

Before you turn on the oven to preheat, take out your eggs.

The eggs in this recipe should be at room temperature, which usually takes about a half hour. If you don’t have time to wait, place them in a bowl of warm (not hot) water for a bit.

Room temperature eggs matter when you’re baking something with a lot of fat, like this recipe.

If you mix in cold eggs straight from the refrigerator, it can affect the texture. 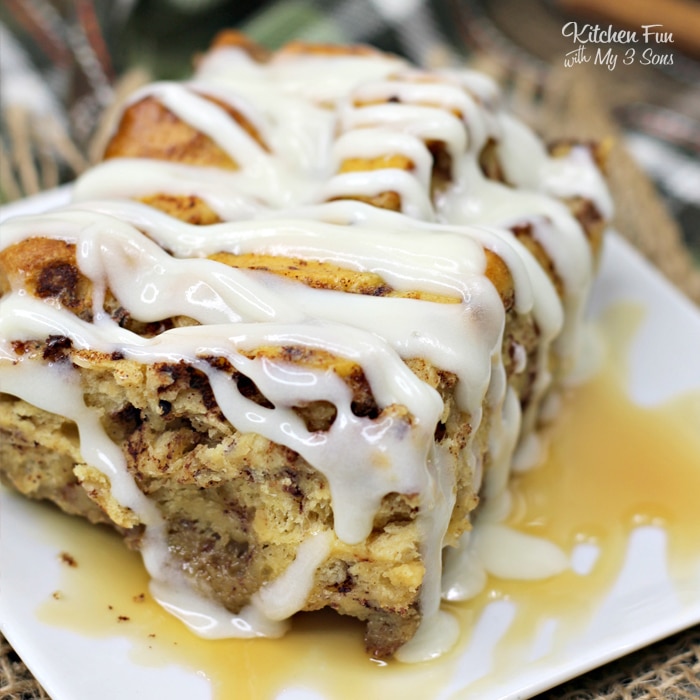 A trick for cutting the rolls into quarters

Each cinnamon rolls needs to be cut into quarters. I actually have a little trick I use when I have to cut something doughy and sticky.

I pop my knife in the freezer for a minute or so.

If you’ve tried to manage sticky dough, you know it can be an aggravating mess.

The stickiness of dough has to do with the gluten, and the warmer the gluten, the more of a pain it is to work with.

Keep that in mind the next time you’re trying to clean up your tools, hands, and countertop after making dough. Never use hot water! Always cold.

I find if my knife is nice and cold, it’s a bit neater to cut dough of any sort.

Oh my goodness, if the smell of the cinnamon in this French Toast Casserole doesn’t make a home feel so much warmer and inviting, I don’t know what does.

I have such lovely memories of the smell of cinnamon in my Grandma’s house. I’ll bet you have some great memories of your own that center around that smell.

Baking this casserole is a gift you’re giving to your family, not only because it’s so yummy. It’s a gift because someday your own kids will talk about the smells coming from their Mom’s kitchen! 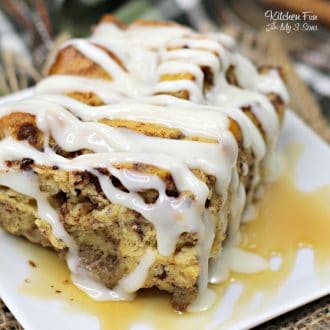 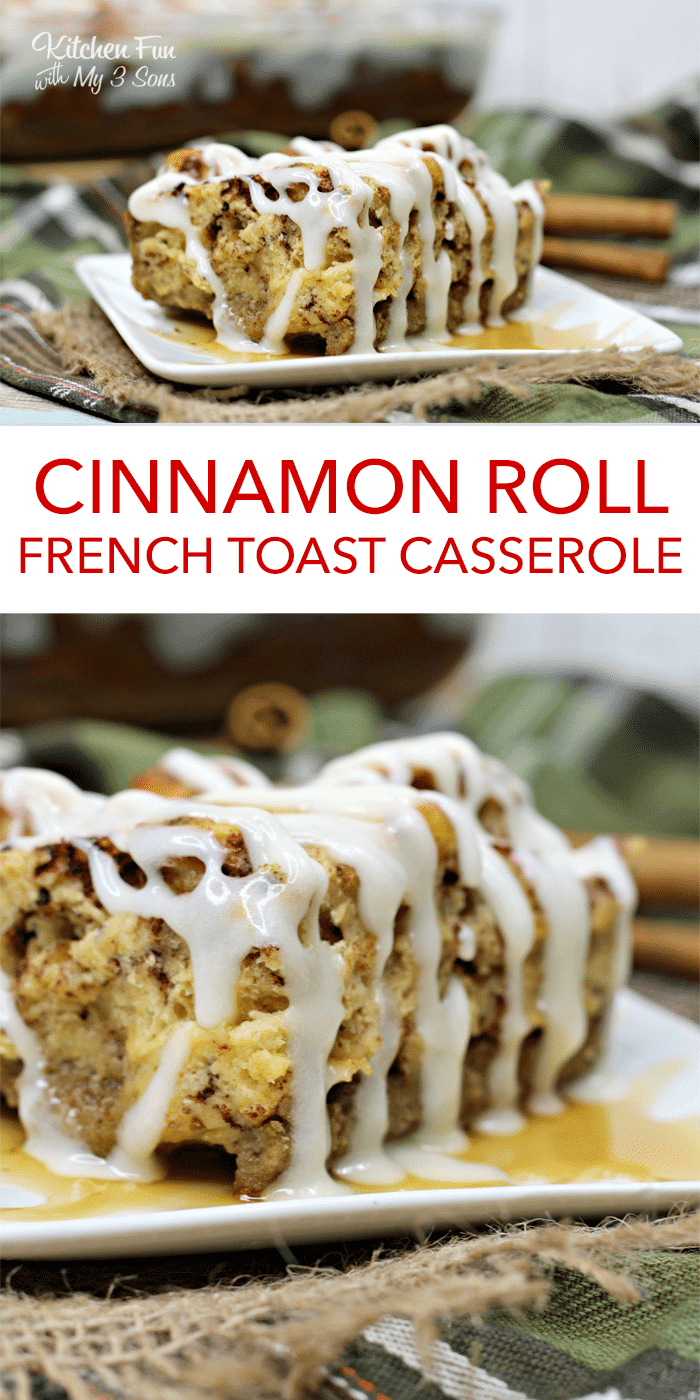