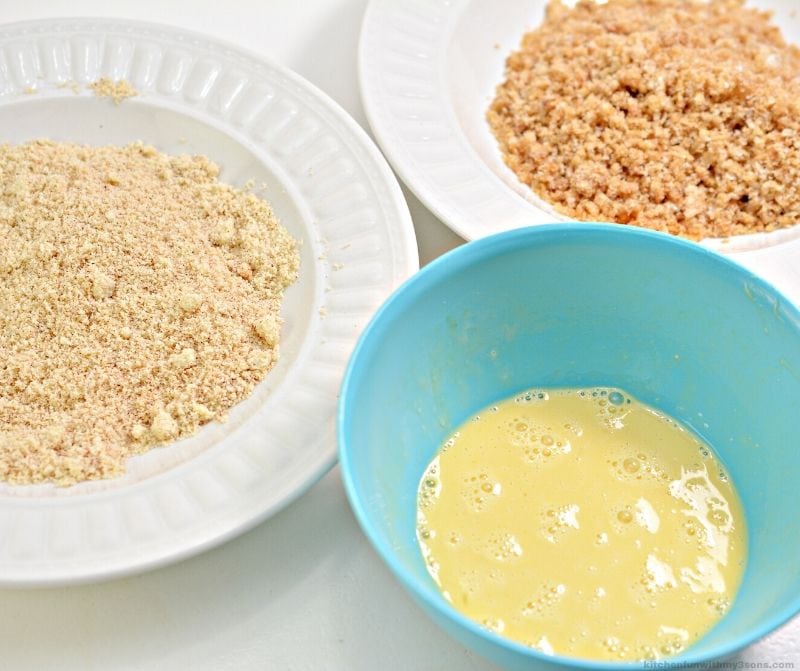 How to Make Fried Green Tomatoes in the Air Fryer

Preheat the Air Fryer to 350 degrees. 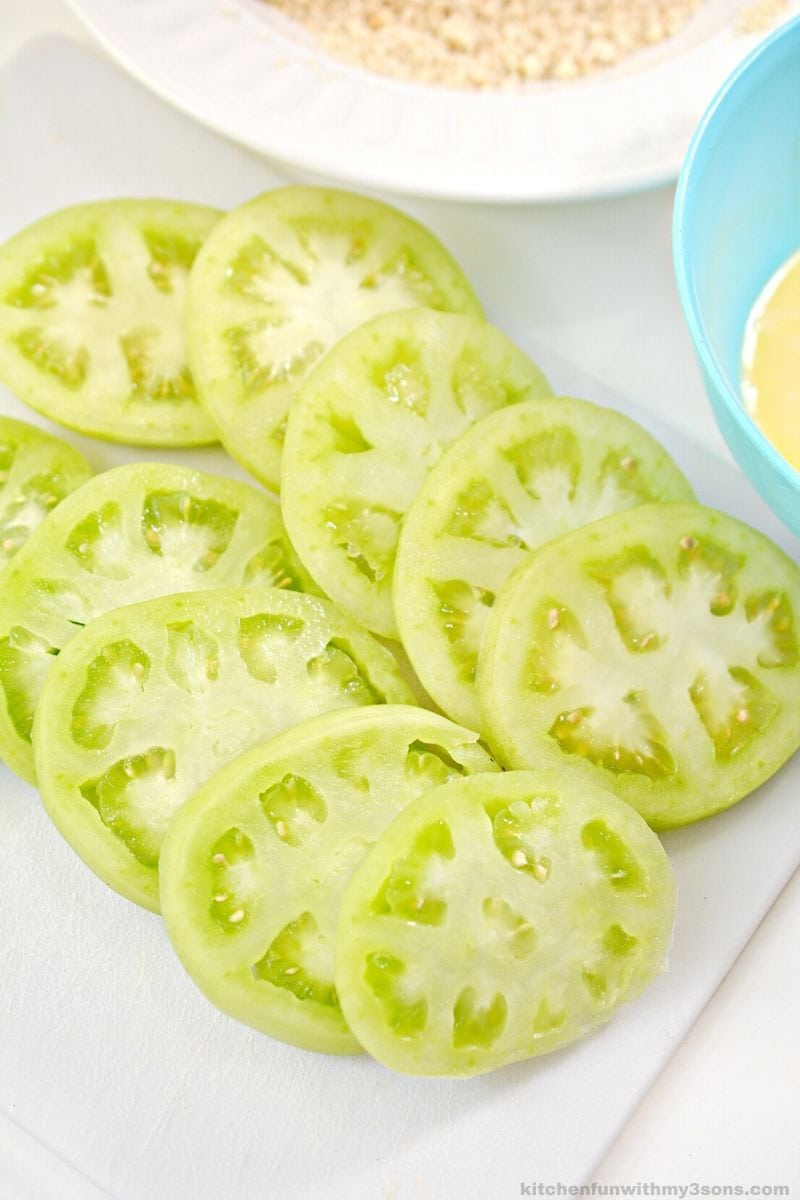 Slice the green tomatoes about 1/4 to 1/2 inch thickness. 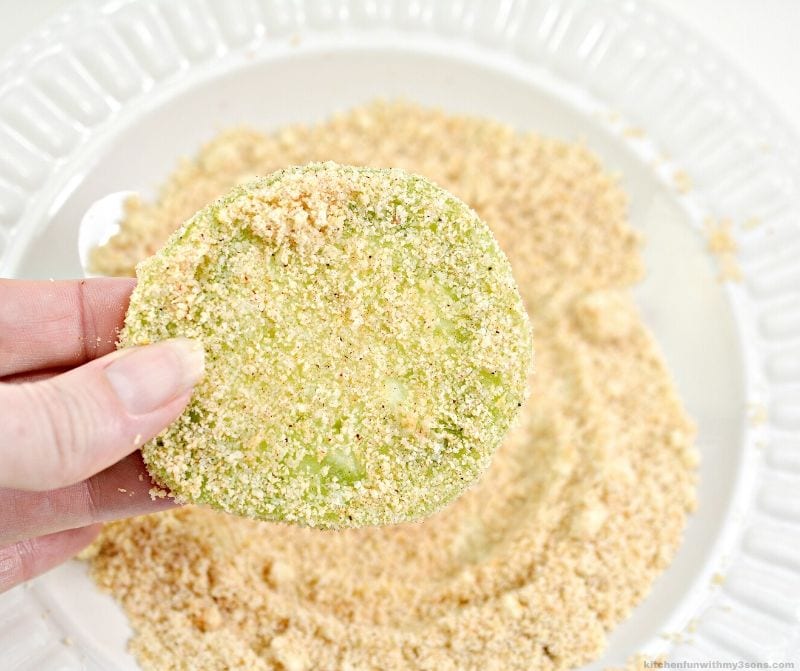 In a shallow bowl or plate, combine the almond flour, paprika, salt and pepper. 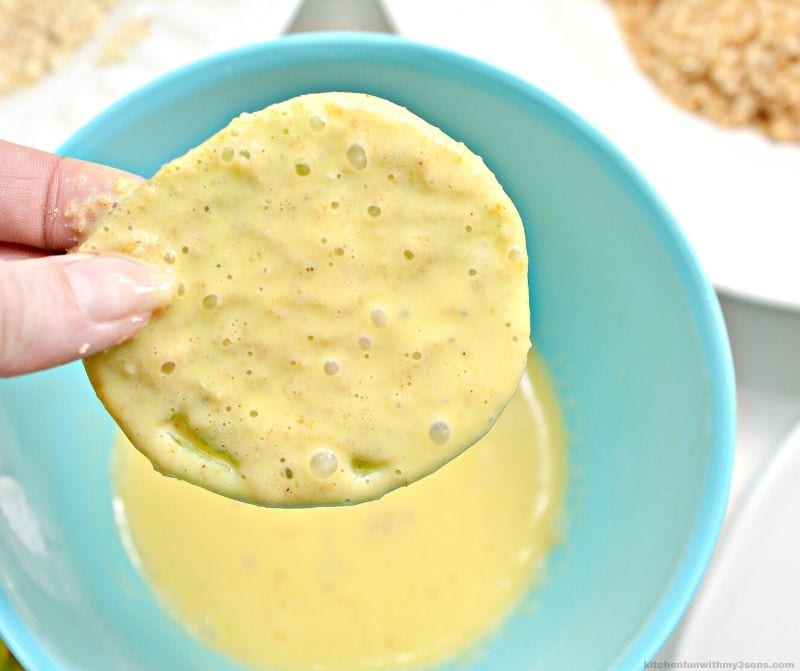 Place the egg, beaten, in a bowl with the whipping cream. 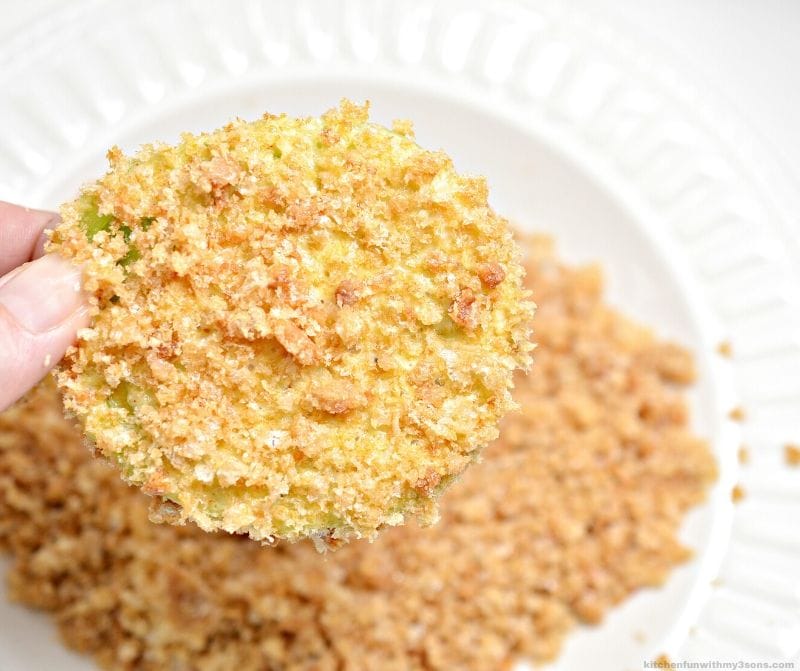 Place the pork rind crumbs in a plate or a shallow bowl. 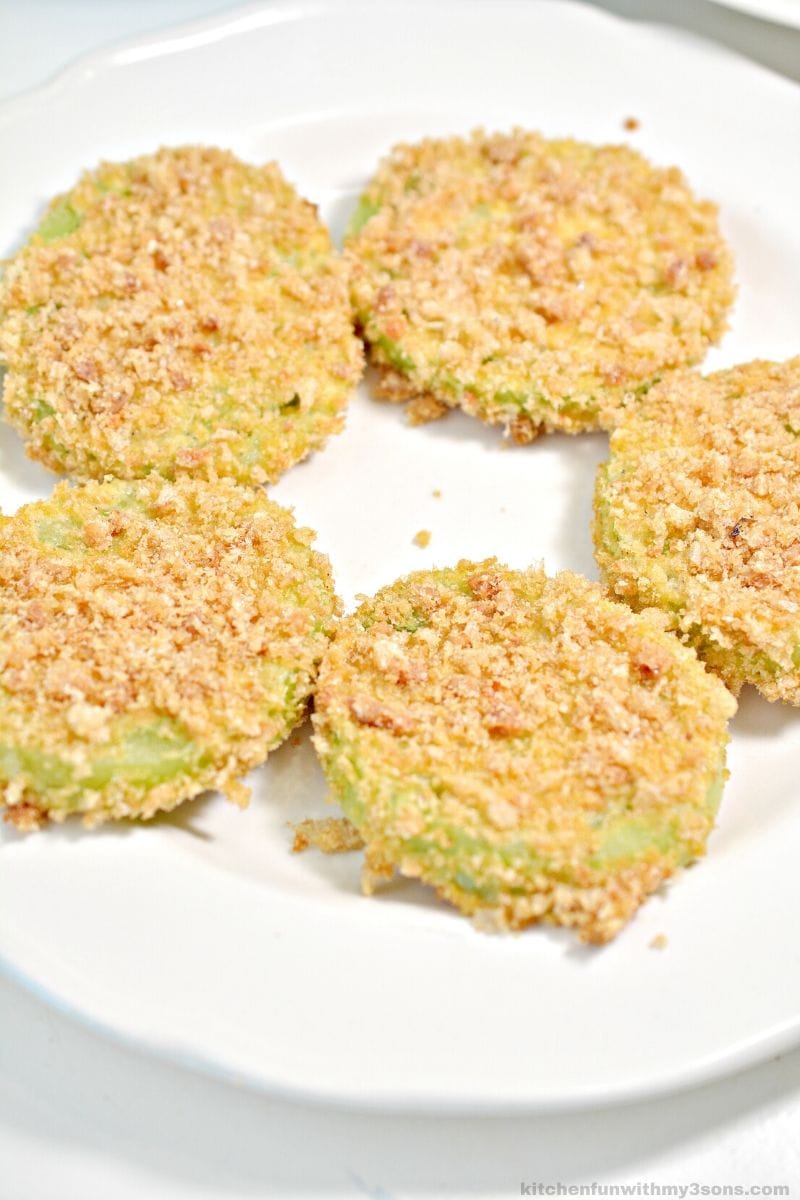 Dip the sliced tomatoes in the flour, then the egg mixture, and then in the pork rind crumbs. 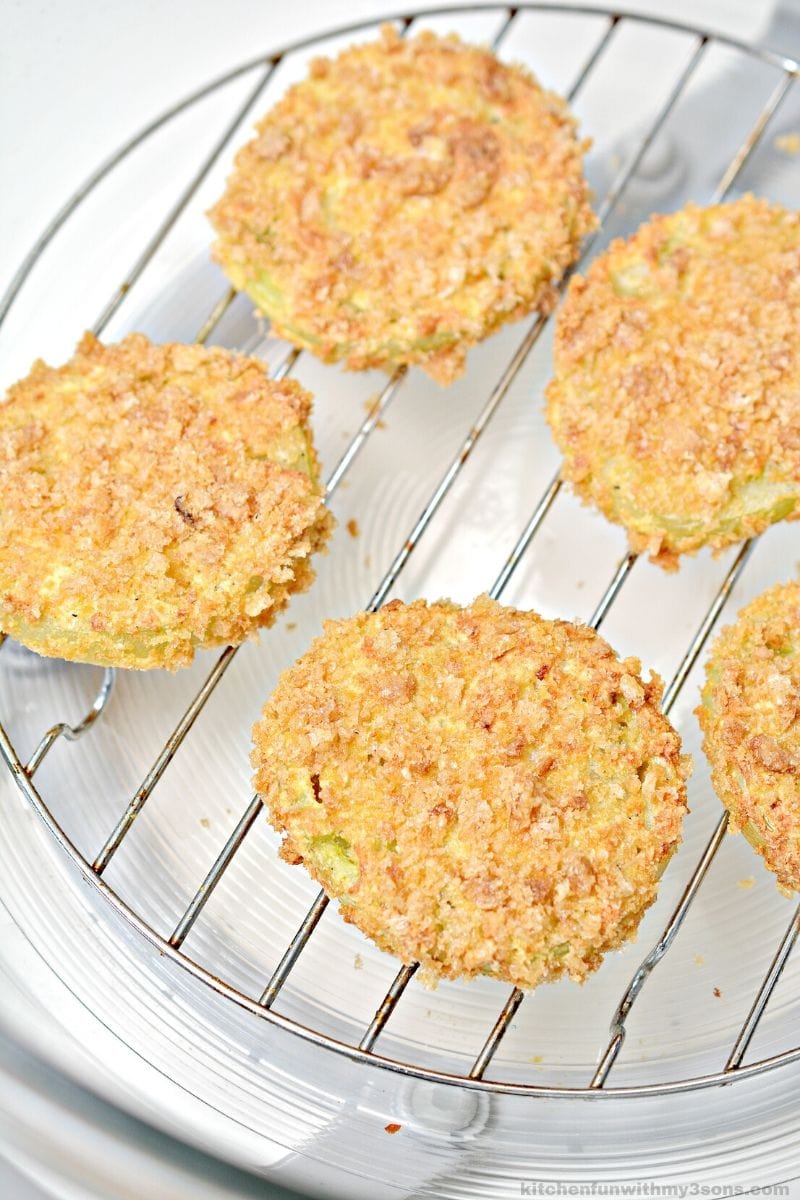 Place the tomatoes in the air fryer and cook for 4-5 minutes on each side. The tomatoes will be tender inside with a crunchy outside.

Serve the tomatoes as is or with a creamy spicy sauce. 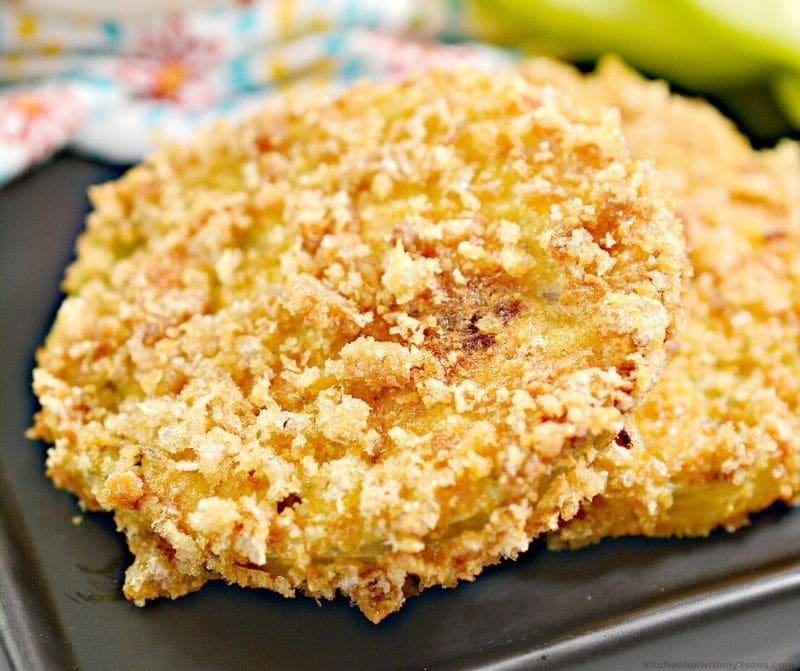 When you make fried green tomatoes, most of the time you are using under ripe tomatoes. While this is usually the case, there are a few varieties of heirloom tomatoes, like green zebra tomatoes, that are green even when they have ripened.

What do you Serve with Fried Green Tomatoes for Dipping?

There are a lot of different sauces that people use to dip their Fried Green Tomatoes in. Most commonly people make a mayonnaise and sriracha sauce, remoulade sauce, or horseradish cream sauce.

Are these Tomatoes Keto

When you make these fried green tomatoes using this recipe, they are considered keto. Instead of using bread crumbs, this recipe use almond flour and pork rinds. 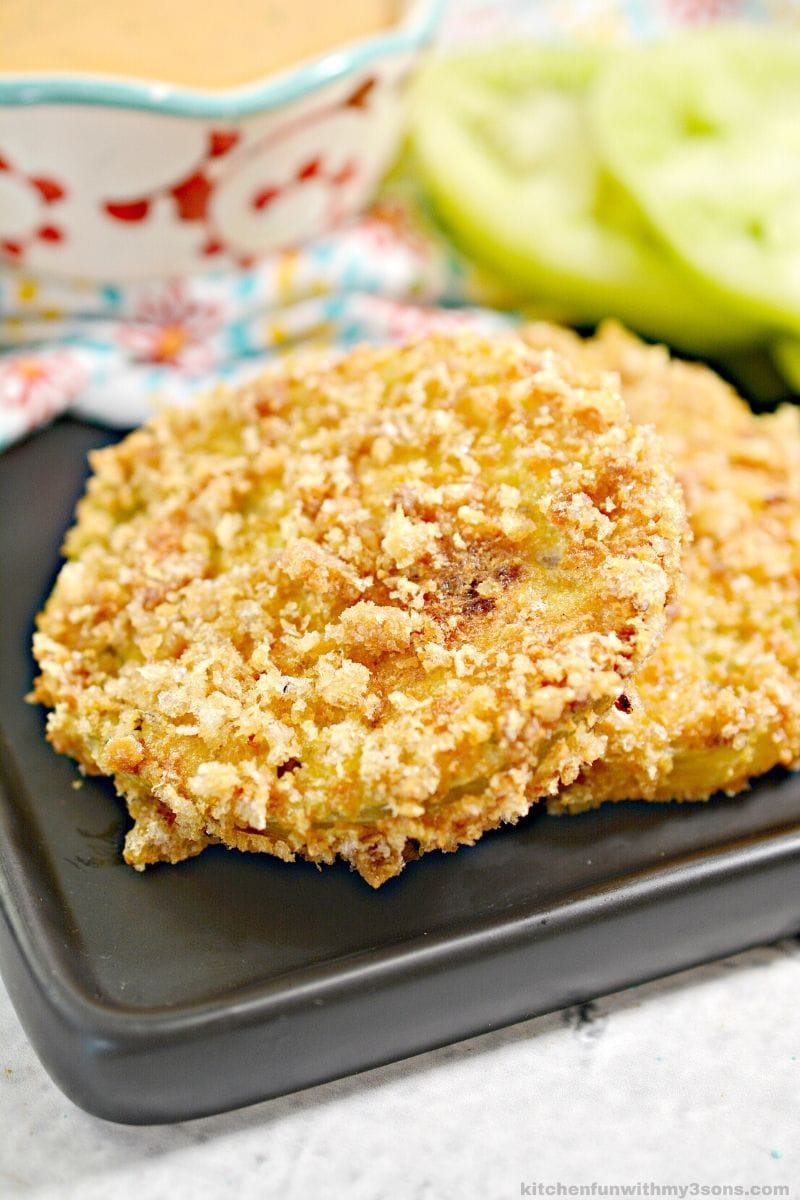 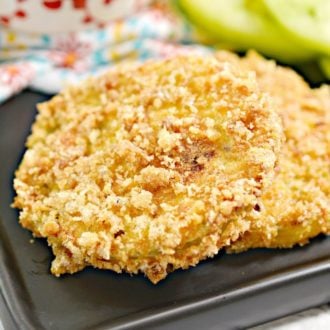 Published By Jill
These Air Fryer Fried Green Tomatoes have all the flavors and crunch of the traditional recipe but are much healthier since they are not fried. Made in the Air Fryer, these Fried Green Tomatoes make the perfect summertime side dish.
No ratings yet
Print Recipe Pin Recipe Rate this Recipe
Prep Time 10 mins
Cook Time 10 mins
Course Side Dish
Cuisine American
Servings 4 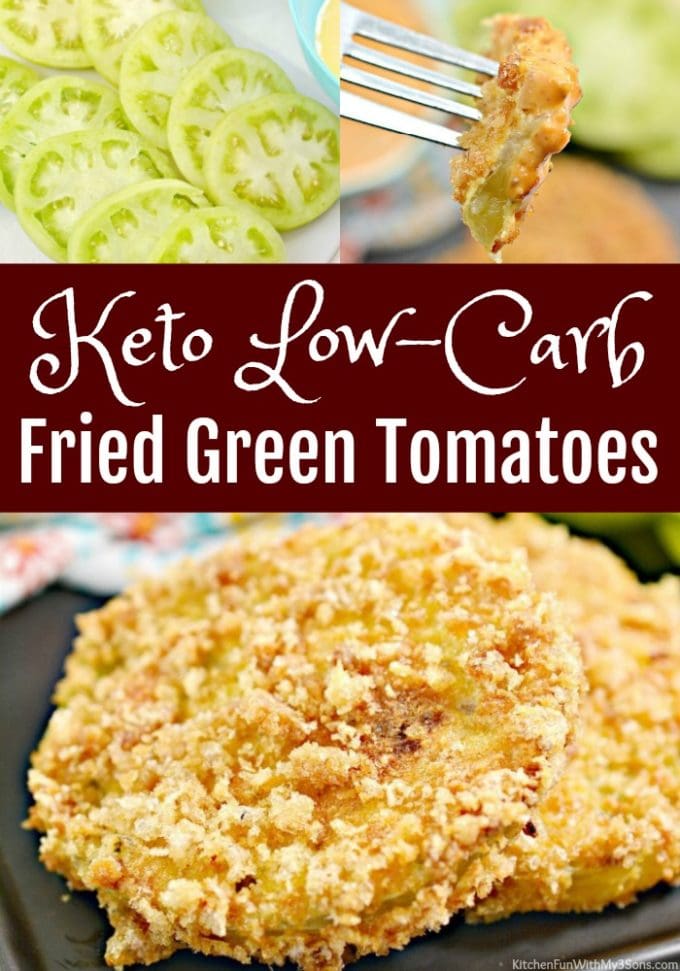