With the stay at home order, everyone is watching more tv, especially on Netflix which is why they are putting out more tv shows and movies than ever before. So many shows have been binged watched, we need more seasons of our favorite  Netflix just decided to renew Sweet Magnolias for season two! 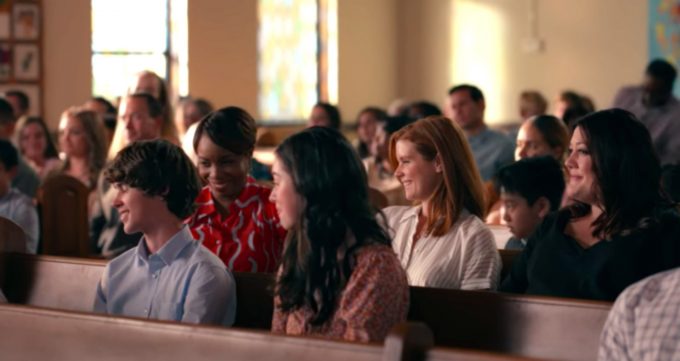 Sweet Magnolias is a romantic drama that came out on May 19, 2020. It was created by Sheryl J. Anderson and is based on the novel Sweet Magnolias by Sherryl Woods.

This show is mainly about three best friends from childhood who live in South Carolina. They remained friends all this time and now help each other with finding love, a career, and a family.

JoAnna Garcia Swisher, Brooke Elliott, and Heather Headley are the three best friends in this show.

Everyone was talking nonstop about the first season. There was talk all over Twitter and Facebook, especially when they watched the last episode. The season finale ended on a cliff hanger that was so intense everyone was dying for a season renewal.

Even co-executive producer, Norman Buckley wanted to create a season two. He shared, “My hope would be that as soon as we can meet again, we would go right into [Season 2]. Once everything opens up. I don’t know how Netflix makes their decisions, but it definitely would be good if we got a second season.”

Thankfully, Netflix agreed to do another season, season two! Fans are going crazy over it. Be on the lookout for more details relating to when it will come out.

Have you seen the first season? What are your thoughts about the show: are you a crazy fan, or simply enjoy it to keep you busy? Either way, you are going to love the original Netflix show, Sweet Magnolias season two!