Home » Tips » A New Disney Cruise Ship Is On the Way!

A New Disney Cruise Ship Is On the Way!

Here’s a sneak peek at the stunning new Disney cruise ship that’s been dubbed Disney Wish. Here’s what we know.

Are you a die-hard Disney fan? If you are, you’ve probably either been on a Disney cruise ship or are hoping, wishing and saving for a cruise in the future. In the meantime, you should try the new Disney+ streaming service. We have some details for you here. 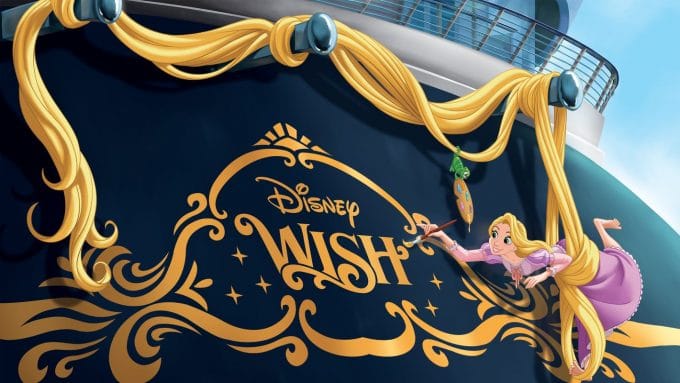 Disney’s cruise ship fleet is currently made up of the following: Disney Magic, Disney Wonder, Disney Dream, and Disney Fantasy. Now we’ve learned that there are 3 more planned over the next few years.

Disney Wish is the first of 3 new ships to be named. It’s the first in line to launch, expected to be finished in 2021 and sail in 2022. The next two ships haven’t been named yet.

The Disney Wish will feature the beautiful Rapunzel on the ship’s stern. If you’ve forgotten your Disney princesses, Rapunzel is the super long-haired beauty who was trapped in a tower since she was a baby thanks to an old “hag.” Disney says her place on the ship represents her “wish to see the world.”

When cruise ship lovers board Disney Wish, they’ll have a lot to take in, not the least of which is the breathtaking 3-story atrium. It’s magical. Truly. The concept illustration looks as though travelers will be invited to leave the stress of the world behind in favor of living (for a few days anyway) inside a true Disney fairytale.

It’s slated to be a bit bigger than some of their other cruise ships. A whopping 140,000 tons. To put that in perspective, the Space Shuttle only weighs about 130 tons.

How will this thing float??? Okay, okay. That’s a conversation for another time, preferably when I’ve had a lot more coffee. Maybe it’s one of those things I don’t need to understand in order to enjoy it, like how planes stay in the air or why Moonpies taste so much better when you microwave them.

Port Canaveral, Florida will be the ships home.

No surprise here. Port Canaveral is the port for lots of Disney (and other) cruise ships. There is no info that we could find as of this writing that has a confirmed list of places the Disney cruise ship will sail. We’ve heard there are new Disney properties that could be on the itinerary.

Start a family savings event so you’re ready to go!

The expense of a cruise can be pretty steep, which is why most folks have to save up. If your dream is to take the family aboard the Disney Wish when it sets sail, the time to plan is now.

One idea would be to have a family night where you all discuss ways you can save as a family. If everyone is cooperating, it’ll be all the sweeter when the kids finally see this ship in the harbor.

Make it a fun night, filled with Disney treats and, of course, watching Rapunzel on the new Disney+ streaming.

Just Released: We’re pleased to announce the name of our newest ship setting sail in January 2022. Introducing the Disney Wish!

Tips
0 Comments » // Leave a Comment »
« Previous PostAll The Lost Things, I’m Sick Of Being The One That Remembers
Next Post » This Stunning DIY Mermaid Wall Cost Less Than $25