Our recipe for Shortbread Pumpkin Streusel Squares is about to become an autumn favorite in your house. Pumpkin spice everything!

If for some reason we all woke up tomorrow to learn that all things with a pumpkin spice taste or smell had been outlawed, what would you do? Personally, I’d grab a picket sign and demand justice. Imagine it! There would be no Pumpkin Maple French Toast Casserole or Pumpkin Spice Fudge. A world without pumpkin spice is not a world this writer wants to live in. 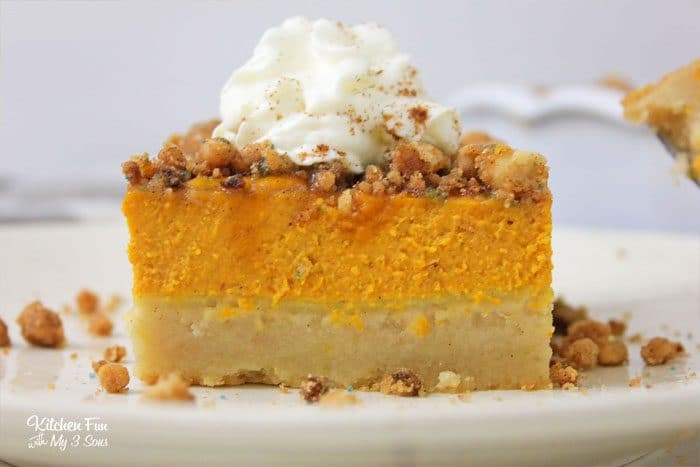 I’ve gone and made a big deal out of pumpkin spice, so you may find it odd not to see “pumpkin spice” as an ingredient. The allspice and cinnamon get the job done, But, if you don’t have those in your spices, go right ahead and use your pumpkin spice instead. A heavy teaspoon should be fine, but use what you like according to your taste buds. 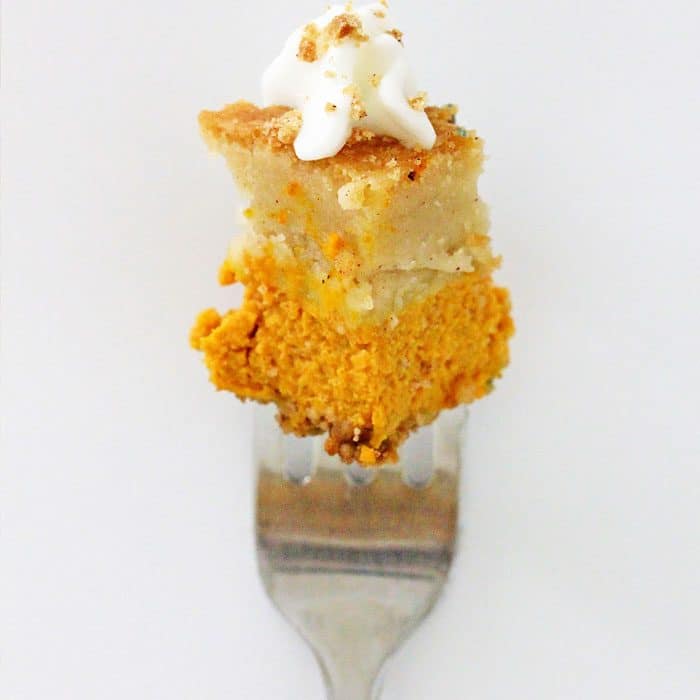 You can actually make your own powdered sugar.

If you don’t happen to have any confectioner’s sugar (powdered sugar) you can whip some up yourself. This recipe doesn’t use a ton of it. We’re only talking about 1/4 cup in the crust and 1/2 cup in the streusel.

Measure out regular white sugar and put it in a blender with a tablespoon of cornstarch for every cup you use. It’ll take about a 30 – 45 seconds (give or take several seconds), of mixing it at high speed to turn it into fluffy powdered sugar. Don’t take that 30-45 seconds as a hard and fast rule. It’s a safe guess, but it depends on your blender and how much sugar you’re making. Keep your eye on it and stop when it looks right to you. 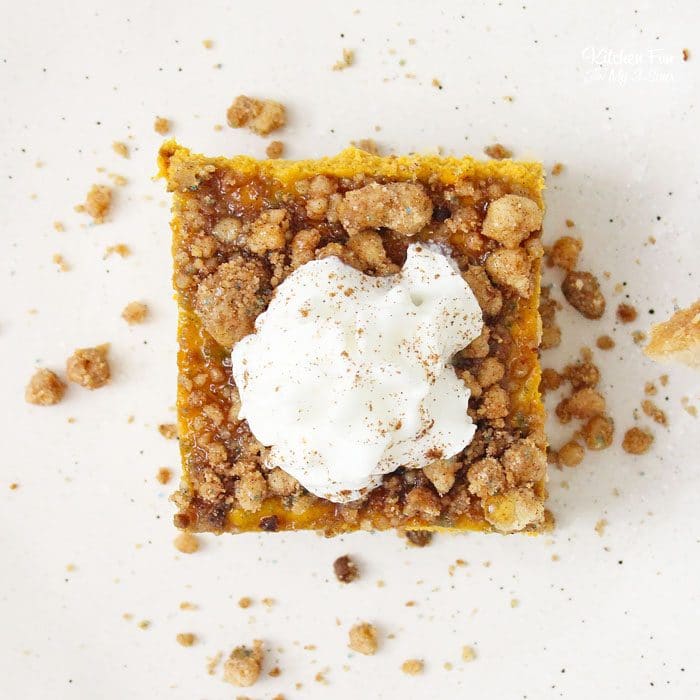 Margarine or any sort of butter substitute should be left in the refrigerator for someone to use on their toast if they love that stuff. You need good old sweet cream butter. Nothing else will taste quite the same and unless you use butter, the texture will probably be “off.” 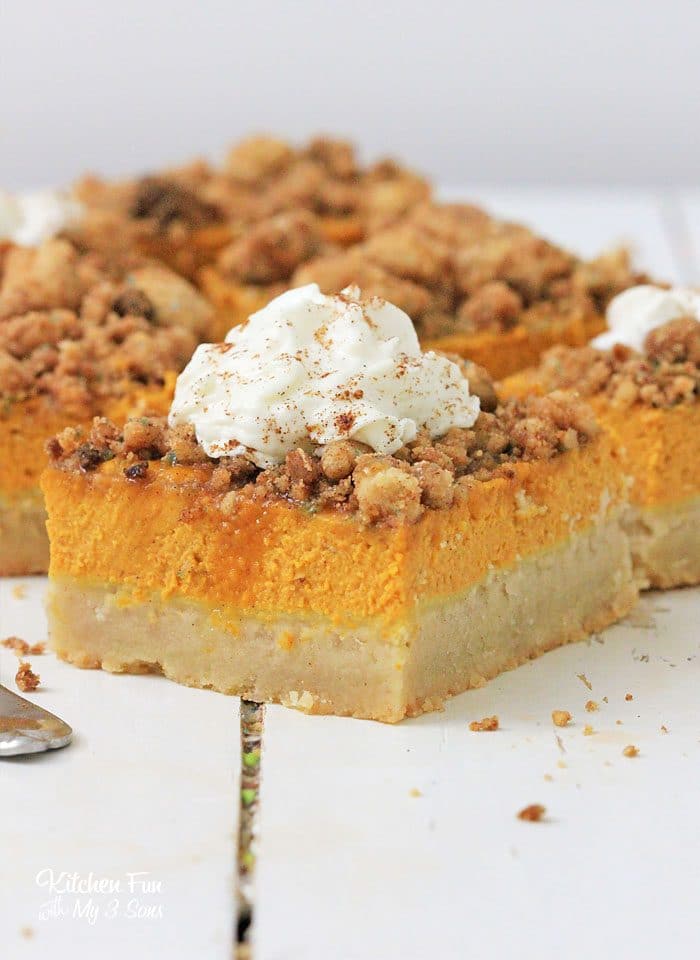 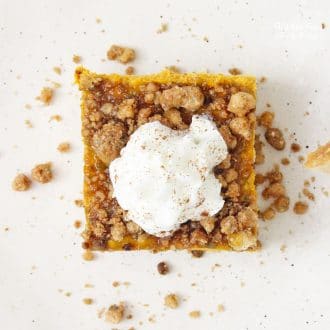 HERE'S WHAT YOU NEED: 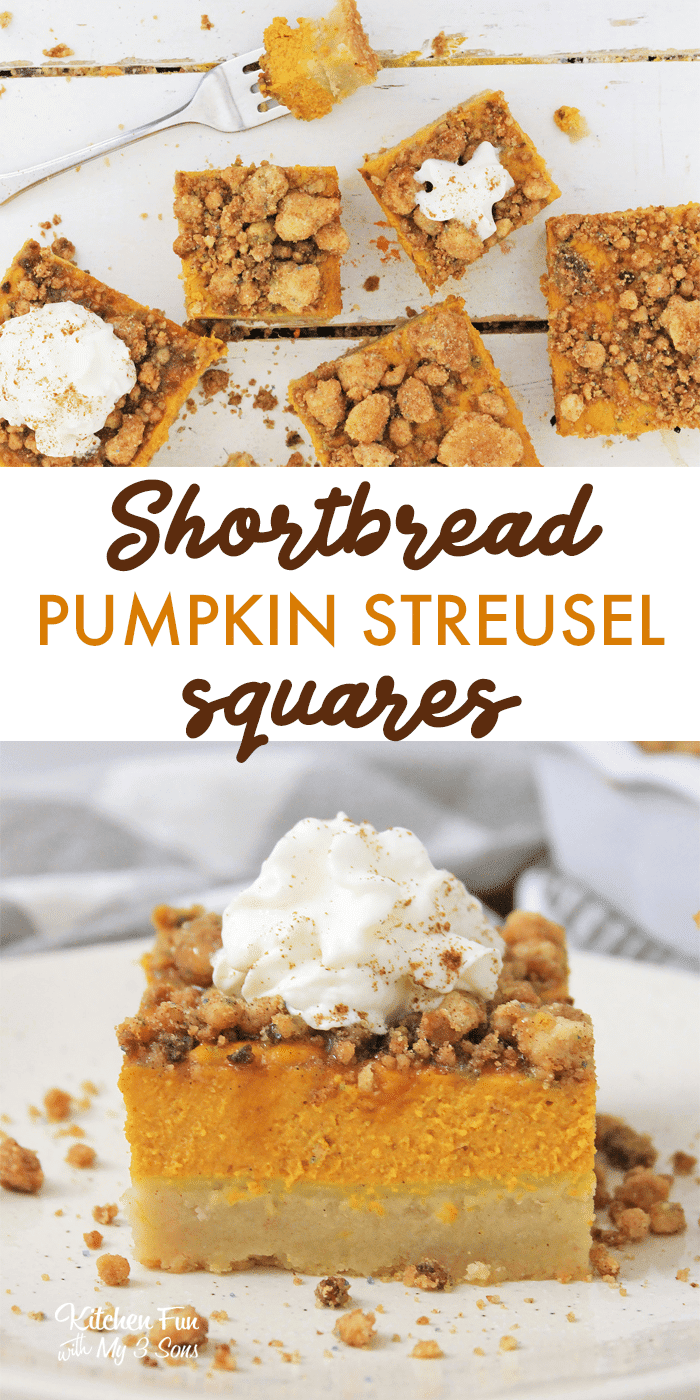