We have all heard about the new app that is taking over social media called Tik Tok. What may seem like a harmless video making app is now turning into something very bad. Cyber Security is now warning parents that Tik Tok is not safe for kids, or anyone really. 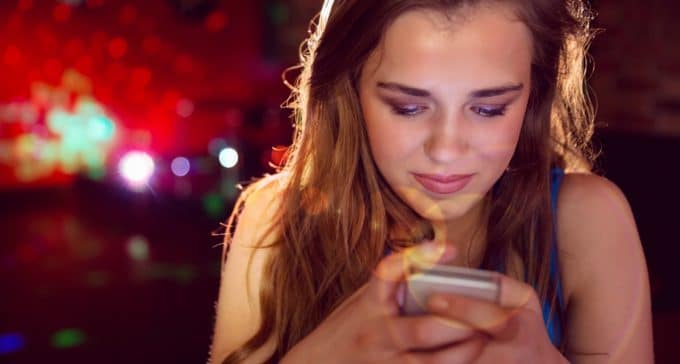 Just about everyone has some smartphone or device that they use on a regular basis. Nowadays, more and more kids have these devices and are constantly on them. Social media, while it can be a great tool, is also destructive, especially for teens and children.

As adults, we know how destructive technology can be, and we know what to be aware of and look out for. Unfortunately, kids do not know what to look out for and what a red flag is in a particular app. That is why it is up to us to guard and protect our children, starting with Tik Tok.

Tik Tok is Not Safe

Susan McLean with Cyber Security is telling parents everywhere to get rid of Tik Tok on their child’s phones, and for good reason.

Like all apps, Tik Tok has an age limit which is 13. That is a really low age limit, to begin with. It is very similar to Snapchat, but the videos stay around forever and can be shared by others.

With that being said, Tik Tok is a magnet for pedophiles. They love young children and they absolutely love videos.

Even with privacy protections in Tik Tok, someone can still request to view a private profile, thus even though you have a private account, it will never truly be private.

One investigation in the UK found that children were receiving sex messages from pedophiles and were being bullied as well.

In another situation, there were sexual comments on a video shared by a 9-year-old, mainly by pedophiles. After being reported, most, not all the comments, but most, were deleted. However, they did not even kick off the pedophiles, they were still allowed their accounts.

This is not something you want your teen to be involved with. It is scary to know that these apps and people exist.

Tik Tok should be doing something about this; however, they are not. We as parents need to take a stand and warn our kids about all the dangers so easily accessible to them.

Sit down and have a talk with your kids about the dangers of social media and other apps. Make sure they do not have Tik Tok on their phones. It may be a hard talk to have; however, it is definitely worth it.

Tik Tok is not a safe app for kids, and it probably never will be. Take the necessary actions to get rid of it from your kids’ lives forever. They will thank you in the end.