Have you ever heard of a mermaid wall? We hadn’t either until we saw this pretty DIY mermaid wall and fell in love.

Mermaid fans will want to try our mermaid drinks, a reader favorite. There’s the Tipsy Mermaid, made with a couple of different rums. (Doesn’t hurt the name is so cute!) And then we have some eye-popping Mermaid Jello Shots. They’re almost too adorable to actually drink.

Just when we thought we’d seen every mermaid craft on the internet, something we missed pops up and we’re tickled purple.

A lady in the UK, Katie Blackbourn, created a colorful statement wall made with paint, free wallpaper samples, and wallpaper paste, and the internet is in love.

She said her idea started with the idea of a blue/green theme. Once she’d painted the bedroom wall, she stood back, studied it, and decided it needed a little sparkle.

Good for her because that litte something extra she added made all the difference. It turned a painted wall into art cute enough to make any wannabe mermaid feel right at home.

Lucky us, this DIY mermaid wall is inexpensive to make.

Katie said that her cost to decorate the wall was less than £20, which is about $24.50 US dollars. That’s unbelievable!

She made a cardboard template for the “scales” and used it to cut out different shades of shimmery, glittery wallpaper. Using wallpaper paste, she arranged the mermaid scales on her daughter’s bedroom wall and that was that!

The mermaid trend has been a “thing” for a few years now.

Of course, the mythical creatures have been around for much, much longer than that. The Little Mermaid is a Disney hit that has been at the top of kids’ list of favorites for a couple of generations. Moms who watched it when they were young, watched it with their own daughters and got to experience it again.

In 2017, the mermaid trend really took off. As of today, it’s still trending at full speed ahead.

What do retailers expect to see as the next big trend to replace mermaids?

Some say it will be dinosaurs. Not kidding. Haven’t they been a trend for a long, long time? We’re all watching the llamas and sloths pop up everywhere, presumably because they’re so stinking adorable.

But dinosaurs? Do you love them or is this trend going to be one you let pass by?

Some folks are predicting narwhals, others say to watch for corgis. What’s your prediction for the next trendy thing to come in 2020? 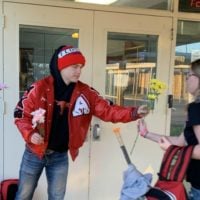 Teen Boy Gave Every Girl a Flower at School 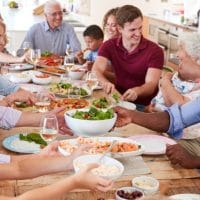 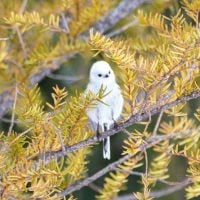