If you have not seen the coolest Halloween decoration ever, you are missing out. Check out how cool this Smoke Breathing Dragon is. 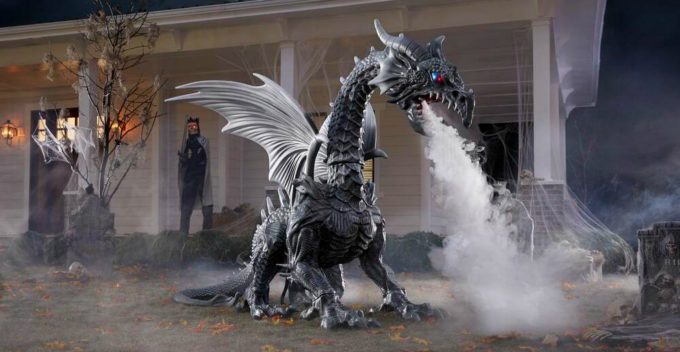 This giant dragon Halloween decoration is not only huge and wildly detailed, it is also animated. So as the dragon moves, it also blows out fog that looks like smoke.

The animated smoke breathing dragon stands 69 inches tall from head to toe. The dragon moves and then it emits a scary roar. Its eyes blaze red. The combination is sure to make passer-bys jump. 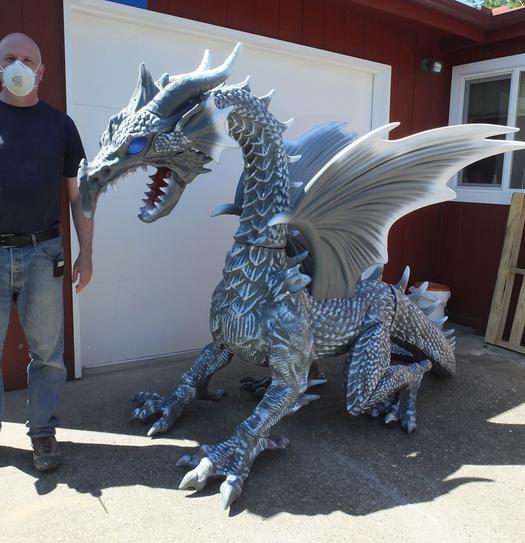 According to the reviews on Home Depot, the giant dragon is extremely easy to put together and gives an amazing presence.

Imagine the oohs and awwws that you’ll hear when trick-or-treaters of all ages come upon your house and see this 69 inch tall dragon with loud roars! It’s quite a sight! This animated giant dragon was very easy to put together and disassemble because the flanges on the legs and arms were clearly marked and attached easily; just align the pieces together and twist. Great for the family to help create a unique Halloween experience.

The only downside of this incredibly cool animated dragon is that while it does breath smoke, you need to attach your own fog machine. It does not come with one included.

Get this awesome smoke breathing dragon, with moving mouth, loud roar, and fire red eyes to make your house the coolest house on the block.

You can purchase this awesome Dragon at Home Depot HERE! 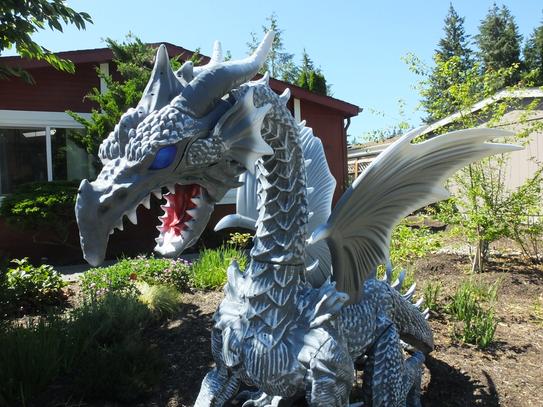