These Orange Coconut Cream Puffs is a gourmet cream puff recipe that takes ordinary cream puffs to a new level. Toasted coconut mixed with a strong orange flavor makes these cream puffs absolutely amazing. While there are several steps in making these cream puffs, one bite and it will be worth it.

If you love orange flavored desserts, you will love Orange Julius Cheesecake Bars 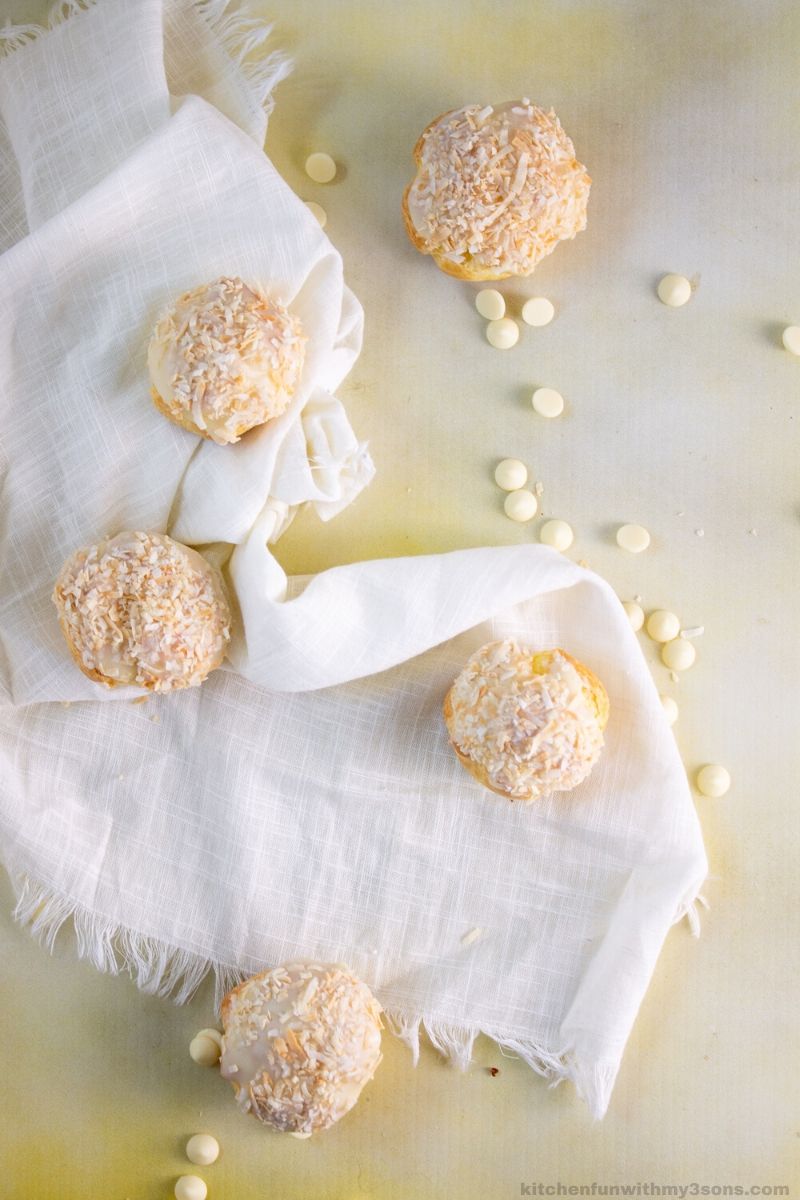 The Choux pastry, also called pâte à choux, is the base of these cream puffs. It is used in many types of pastries that have their roots in European desserts. The dough is made using butter, water, flour, and eggs. While most doughs use a rising agent, like baking powder, this dough uses the moisture to create steam which causes the pastry to rise and puff.

Preheat the oven to 425 degrees and then line a baking sheet with parchment paper.

In a small bowl or measuring cup, whisk the eggs.

In a sauce pan melt the butter and add the coconut milk, water, salt, and sugar.

Next, add the flour and stir constantly with a wooden spoon, cook it for 3 minutes until some of the water has evaporated. it will form a mass and that pulls away from the sides of the pan.

Remove the pan from the heat and add 2/3 of the whisked eggs and stir hard for 1 minute. Slowly add in the rest of the eggs, a little at a time, until the paste is smooth and glossy. 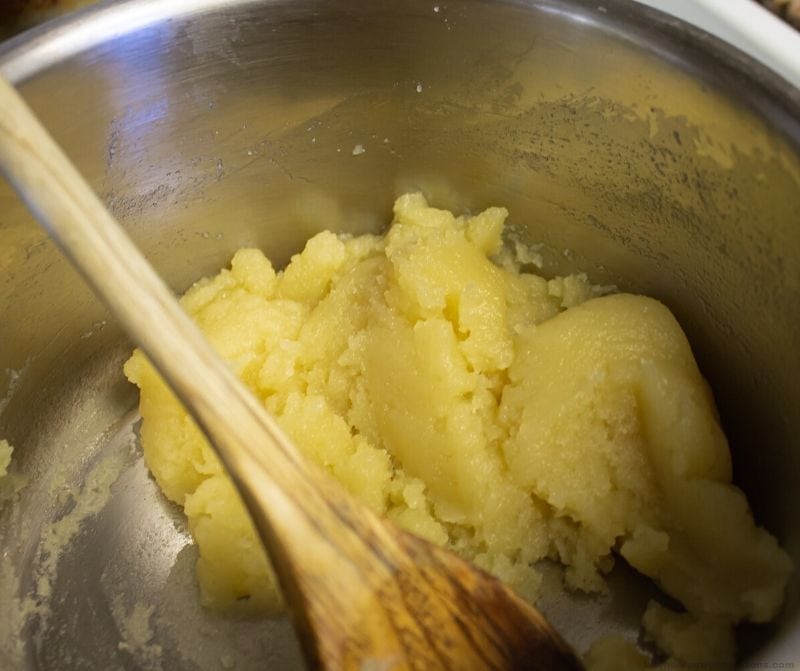 Scoop about 2 heaping teaspoons to the baking sheet in one of 2 ways:

Using a pastry bag with a large star tip and pipe a spiral or use 2 spoons to form a sphere and use wet fingers to press down the peaks or to reshape. 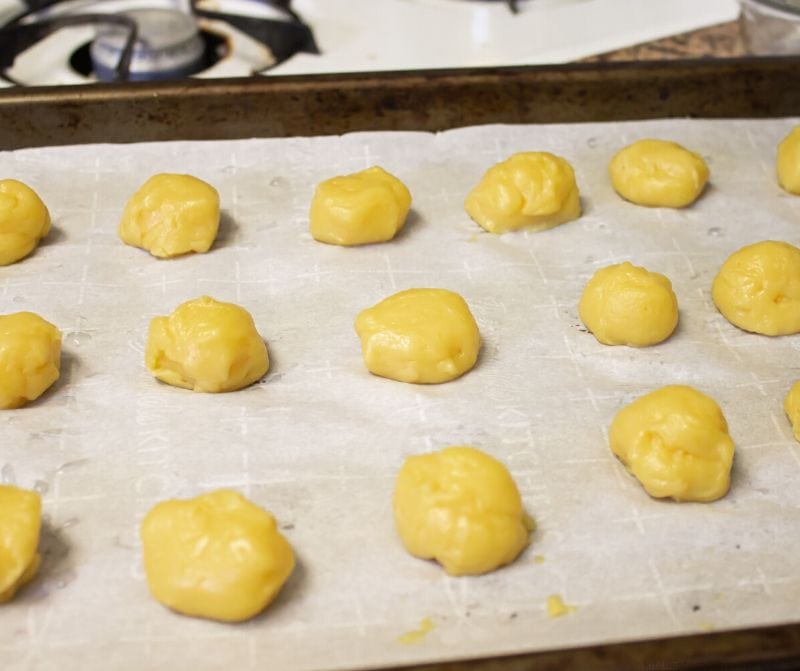 Bake the cream puffs for 10 minutes or until it starts to turn golden brown. Do not open the oven and reduce the heat to 375 degrees and bake for another 8-10 minutes. 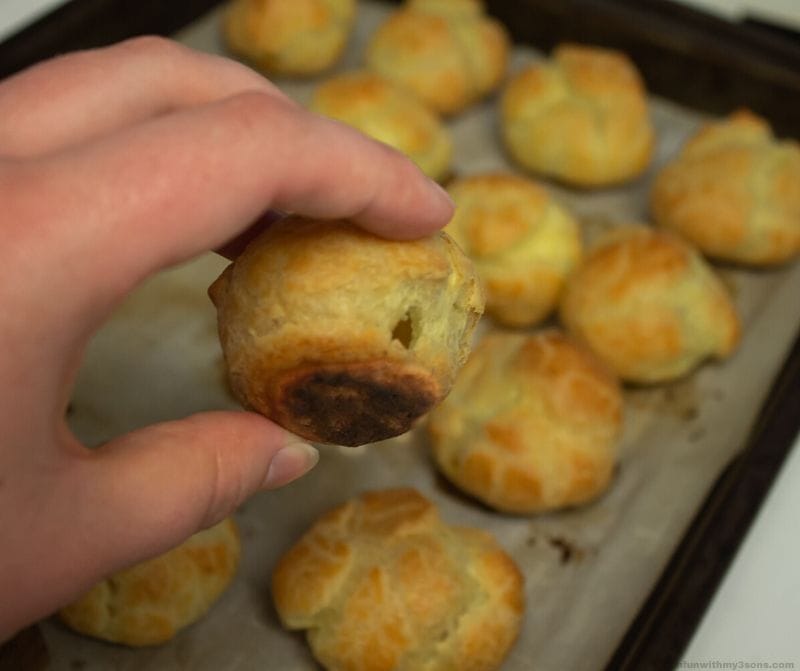 Remove the cream puffs from oven and use the handle of a wooden spoon or a large chopstick to poke a hole in the side or bottom of each puff. You want to do this as soon as possible, allowing remaining steam to escape so that the pastry doesn’t become soggy.

Using a mixer or a whisk, beat the cold cream until it forms soft peaks.

Add the orange zest and powdered sugar sprinkled over the cream and then beat it well until it is stiff and thoroughly combined.

Fold in the orange juice carefully so you do not cause the cream to fall.

Cover and set aside in fridge until you are ready to assemble the cream. 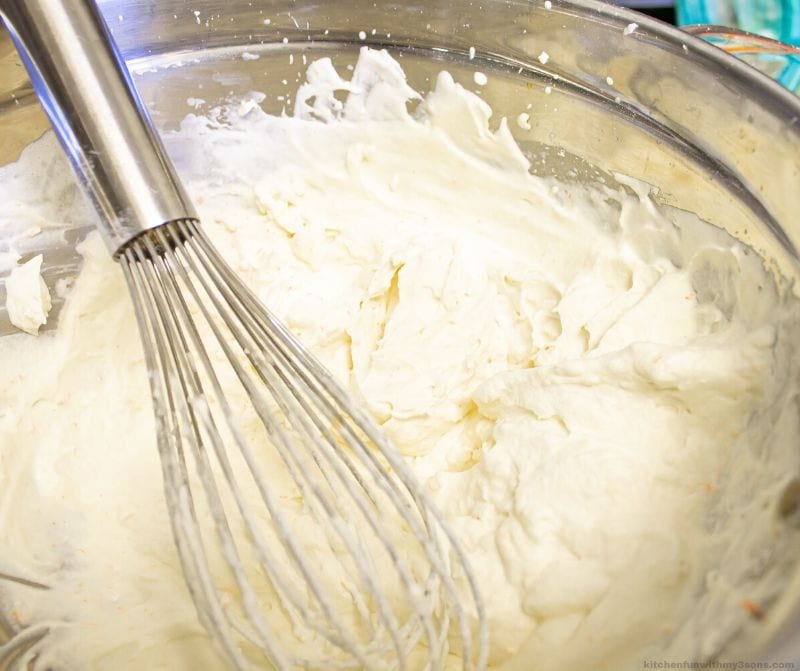 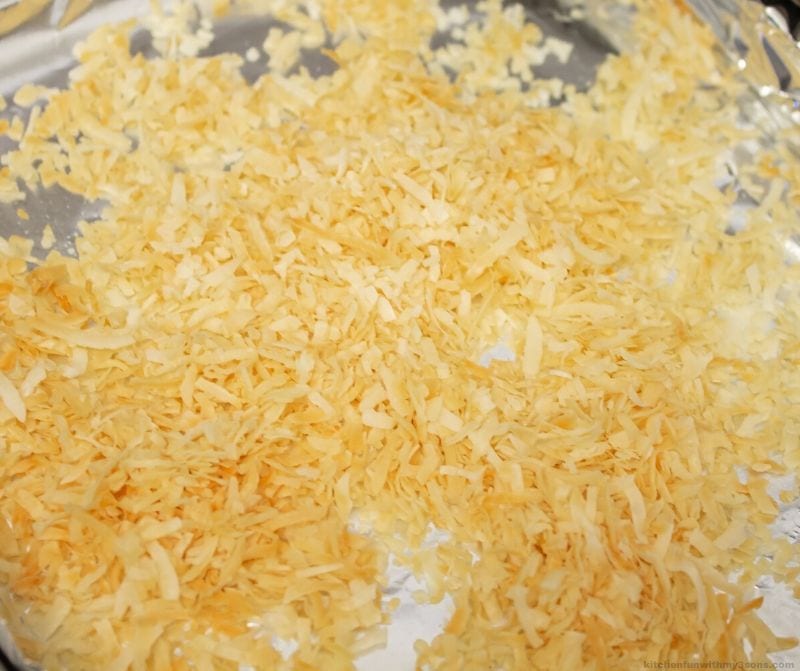 Toast the coconut by putting it on a baking sheet. Bake for 3-5 minutes in a 300 degree oven. 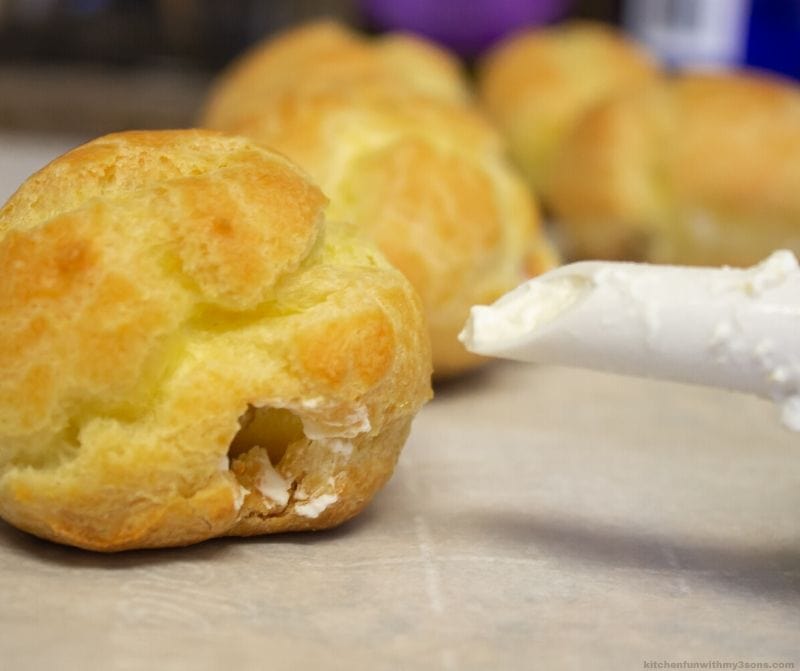 Place the filled cream puffs into the freezer while making the chocolate ganache. 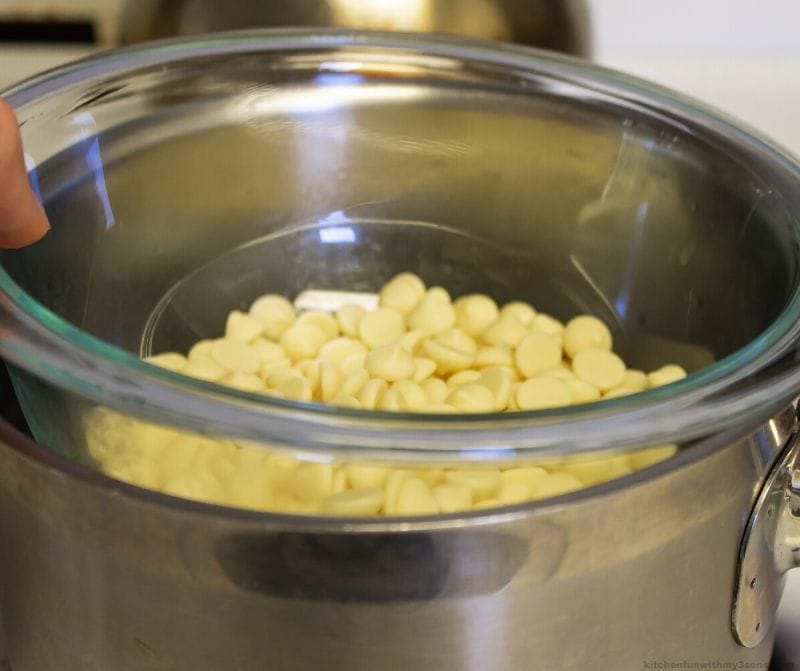 Melt the chocolate and the coconut cream in a double boiler, stirring well to completely incorporate it. 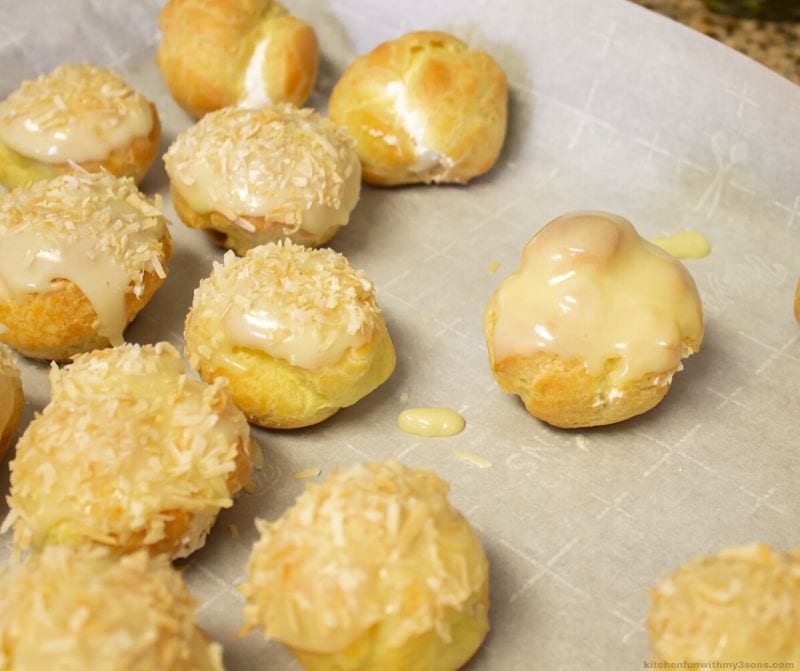 Once all of the puffs have all been dipped, roll it gently in the coconut flakes.

After all the puffs are coated, place them in the refrigerator and the allow the ganache to set completely for about 15-30 minutes.

Best if served immediately, but can be stored in an airtight container in the fridge for several hours or in the freezer for several days. If frozen, allow to defrost on a plate or open baking tray before serving. 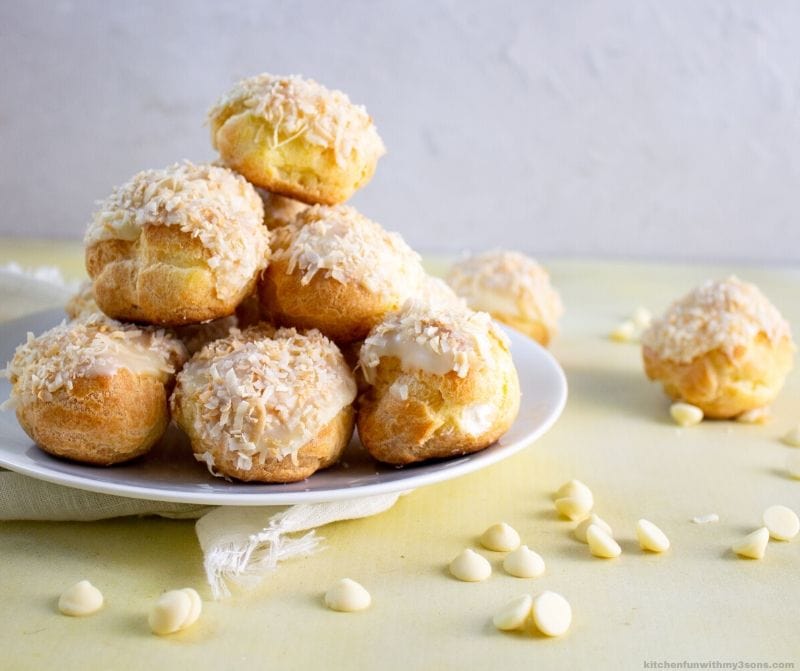 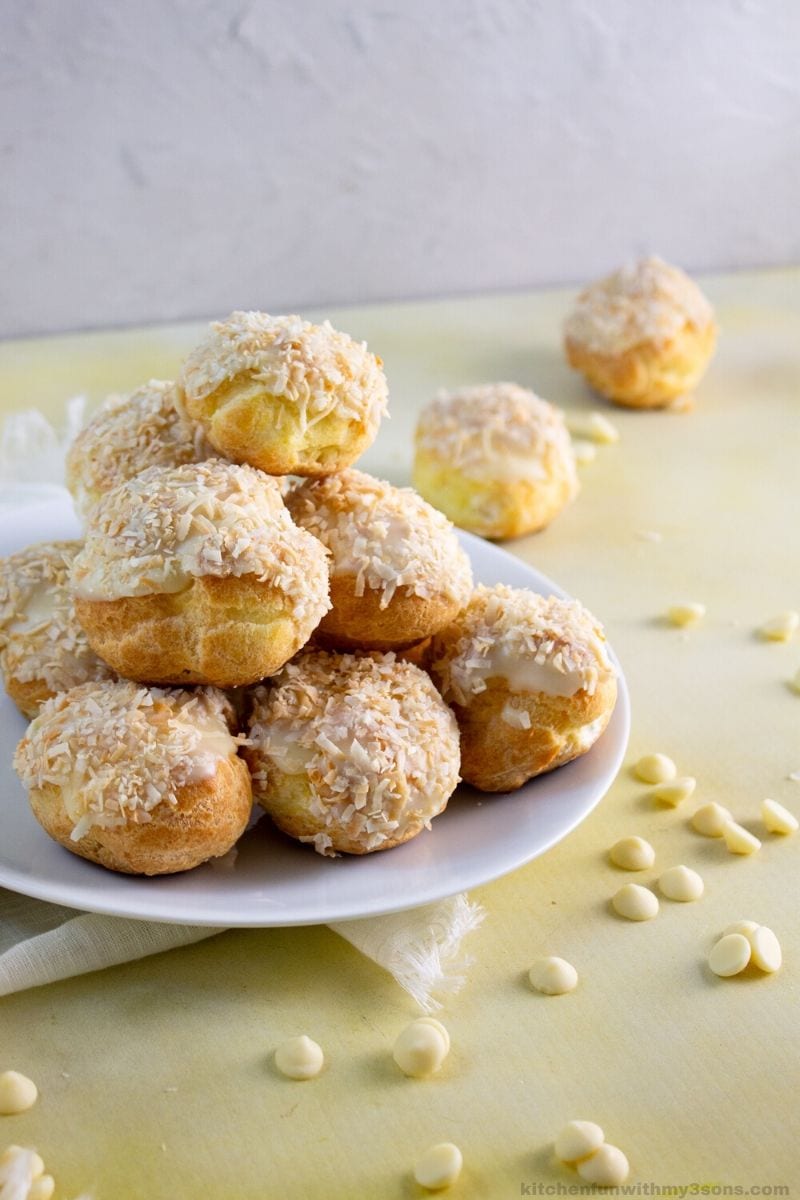 Can I Use Different Cream Puff Filling in These?

A traditional cream puff using a pastry cream filling. you can create a plain pastry cream, apposed to the coconut and orange. you can also make a frosting and use that to fill the cream puff. If you have a thick custard that you love to make, it can also be used inside the cream puffs. 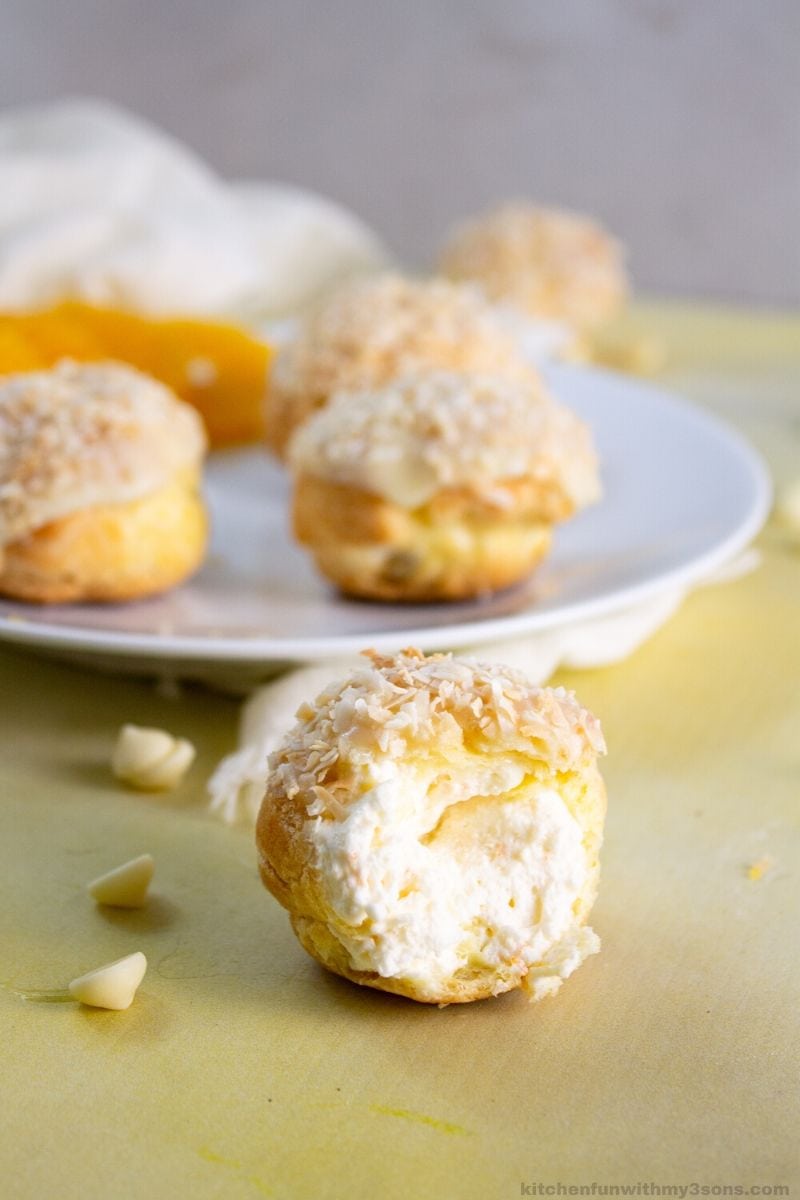 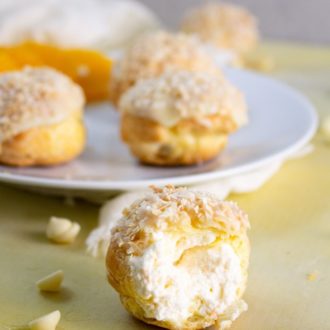 Published By Jill
These Orange Coconut Cream Puffs is a gourmet cream puff recipe that takes ordinary cream puffs to a new level. Toasted coconut mixed with a strong orange flavor makes these cream puffs absolutely amazing. While there are several steps in making these cream puffs, one bite and it will be worth it.
0 from 0 votes
Print Recipe Pin Recipe Rate this Recipe
Total Time 1 hr 45 mins
Course Dessert
Cuisine French
Servings 20 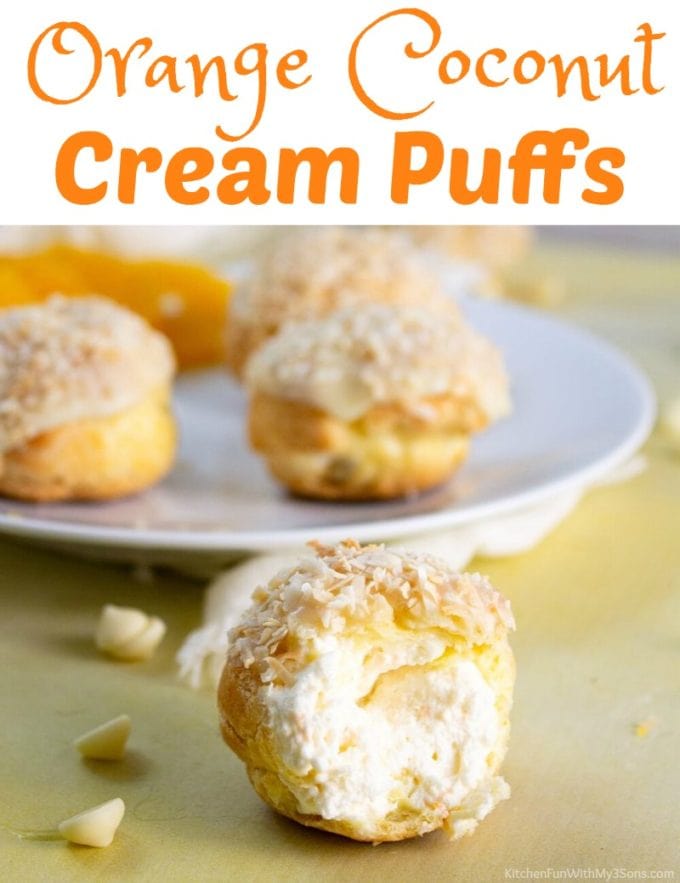