Looking for another fun Christmas cupcake? Try this Christmas Snowman Cupcakes. It is so easy to make. 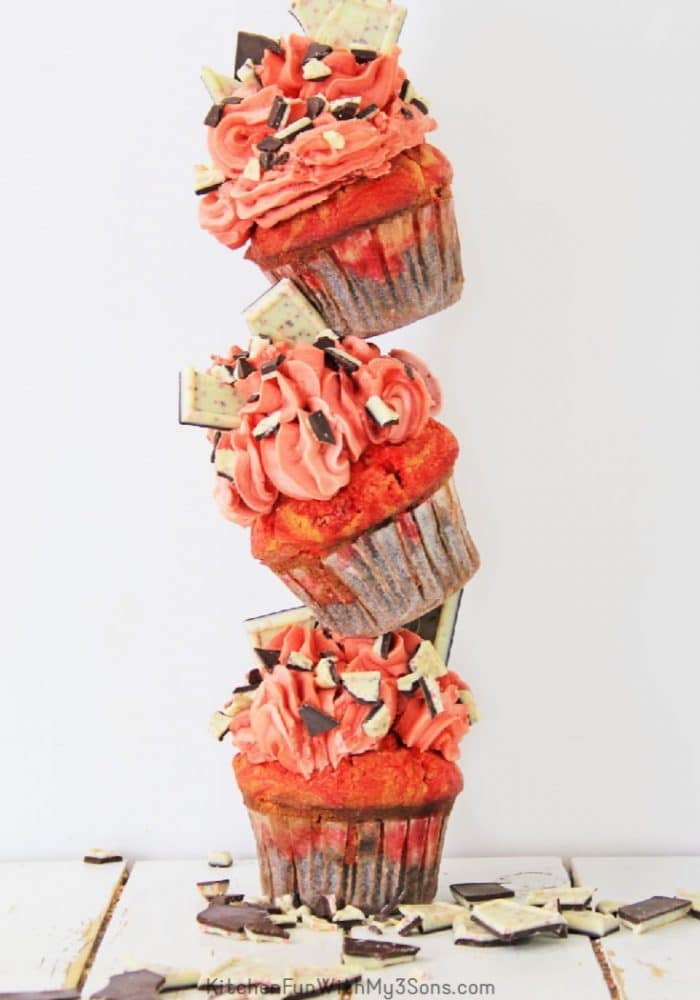 These cupcakes are so good!!! They bake up really pretty for a wonderfully stunning presentation. Even though they have a few extra steps, they really are pretty easy to create.  Since these bases are mixes, you can easily mix this up in no time!

I love these for a special event at the holidays.  Since they look so great, everyone thinks they come from a fancy bakery! 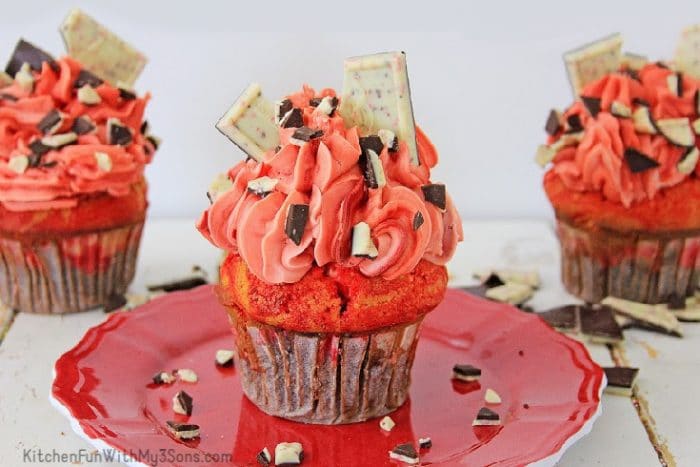 What is the Best Brownie Mix to Use?

Whenever I use a brownie mix to make these cupcakes or anything else with brownies, I prefer to use the Betty Crocker box. I find that it gives the best tastes and texture to my brownies.  Another favorite is the Ghiradelli brownie mix.  There are tons of options, just pick the one you prefer. 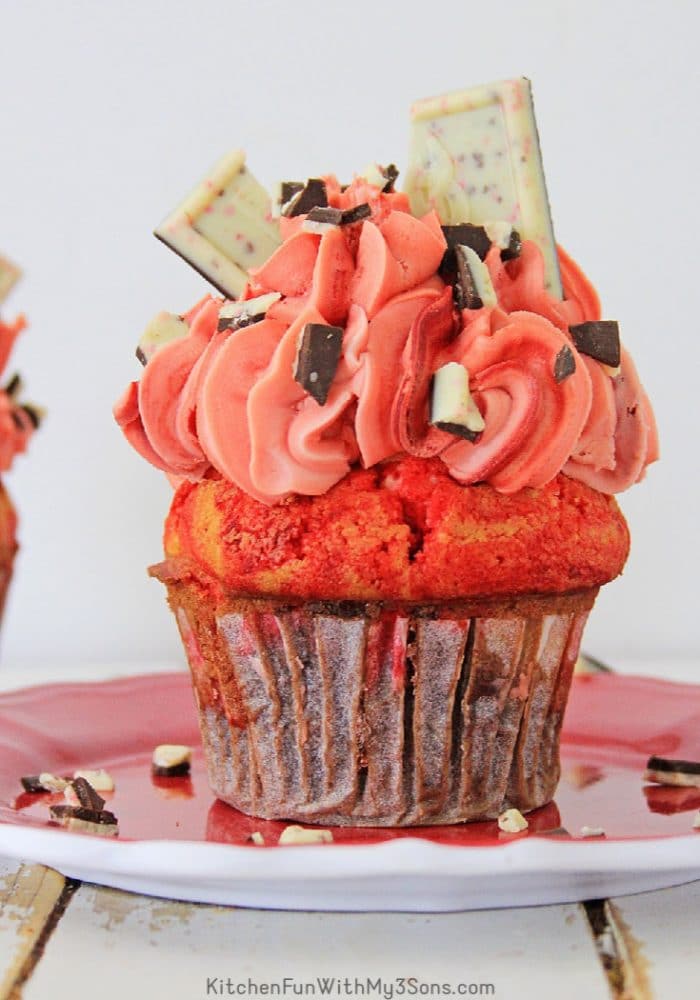 Can I Use Homemade Peppermint Bark Instead?

You definitely can!  I love making homemade barks as a super easy treat.  For peppermint bark, you really only need good chocolate and crushed mints!  So easy to make, and a great addition to your holiday treat menu.  Make up a batch and set some aside for this recipe! 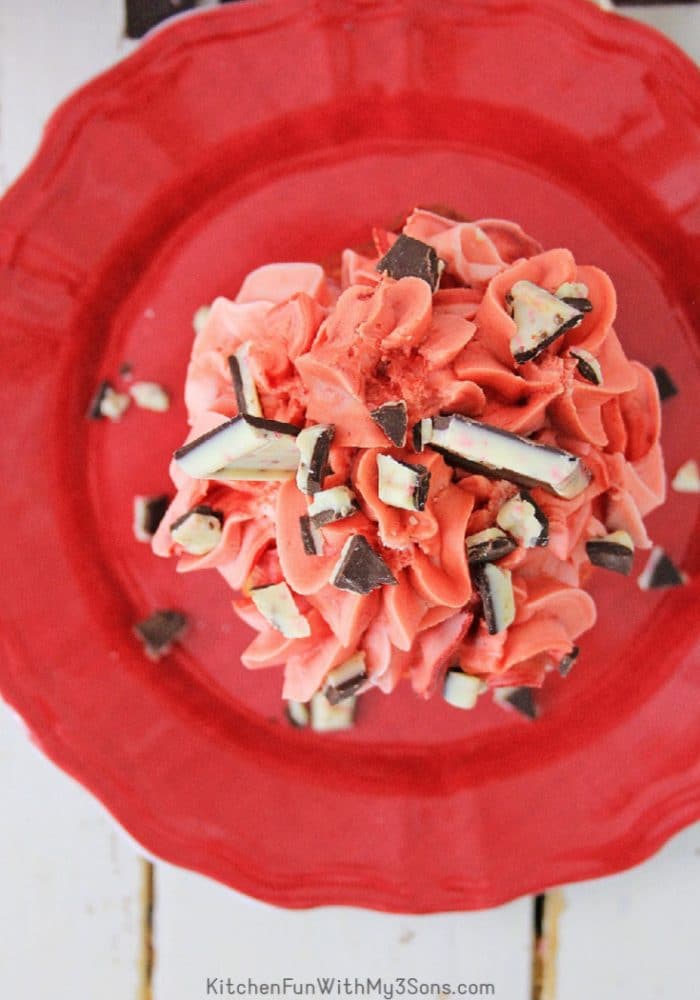 Using a mixer, blend together the brownie mix with the eggs, oil, and milk until smooth.  Then, line a cupcake tin with papers and fill halfway with the brownie batter and set aside. 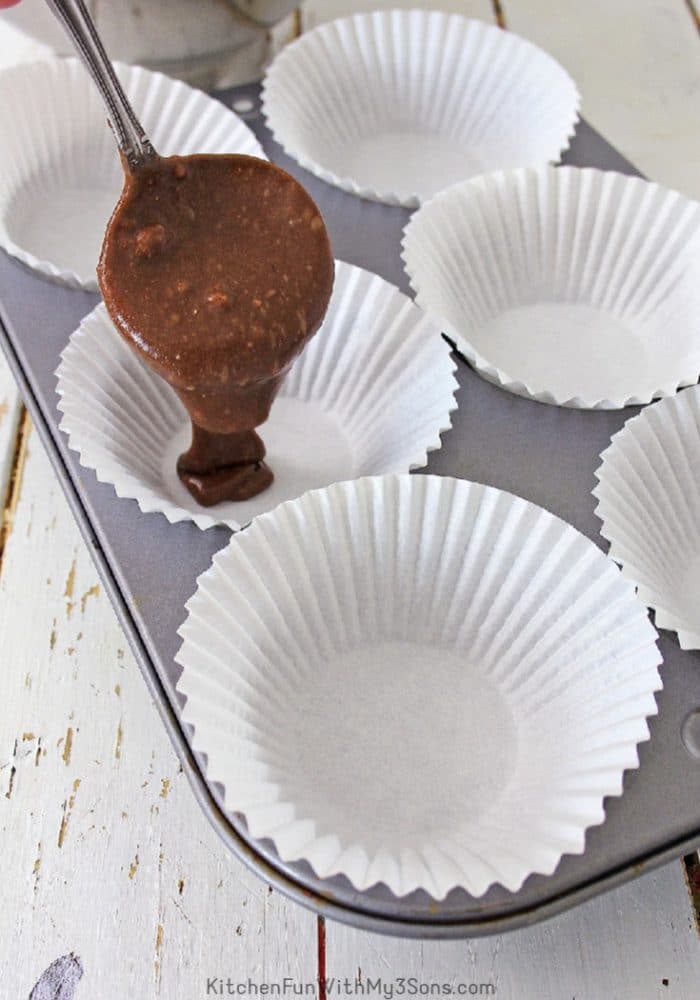 Next make the vanilla cake mix with the eggs, oil and heavy cream. Beat well for 2 minutes, scrape down the sides and do it again.
Cut up the peppermint bark into small pieces and add it to the mixing bowl. Add red food coloring to the batter in a swirl pattern, and do not mix it all together. 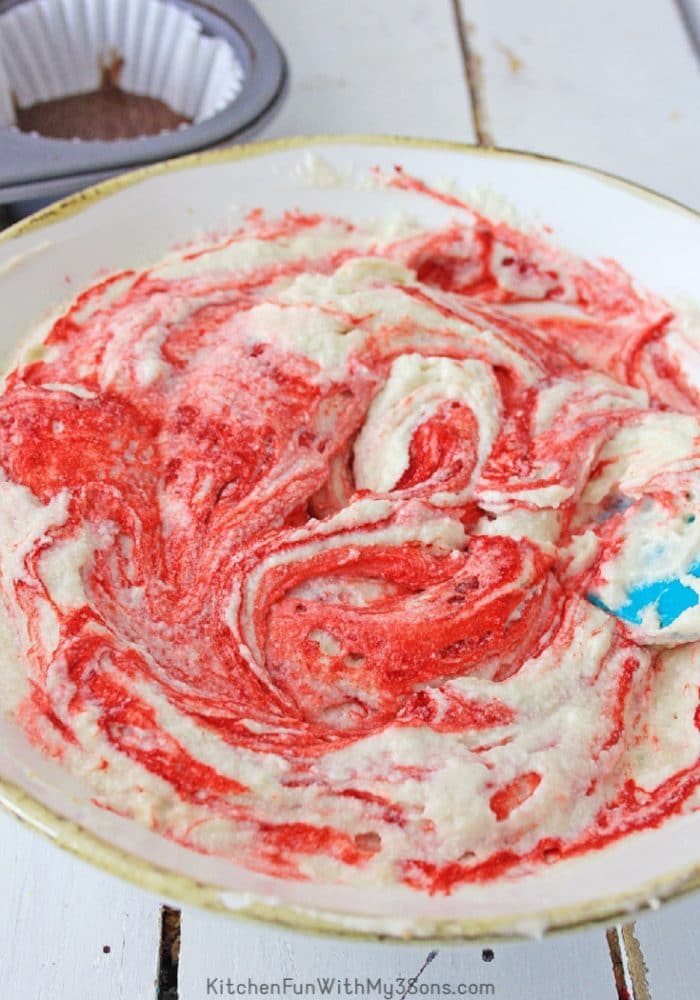 Add the cake batter over top of the brownie batter and bake for 22- 25 minutes. Let the cupcakes cool completely. 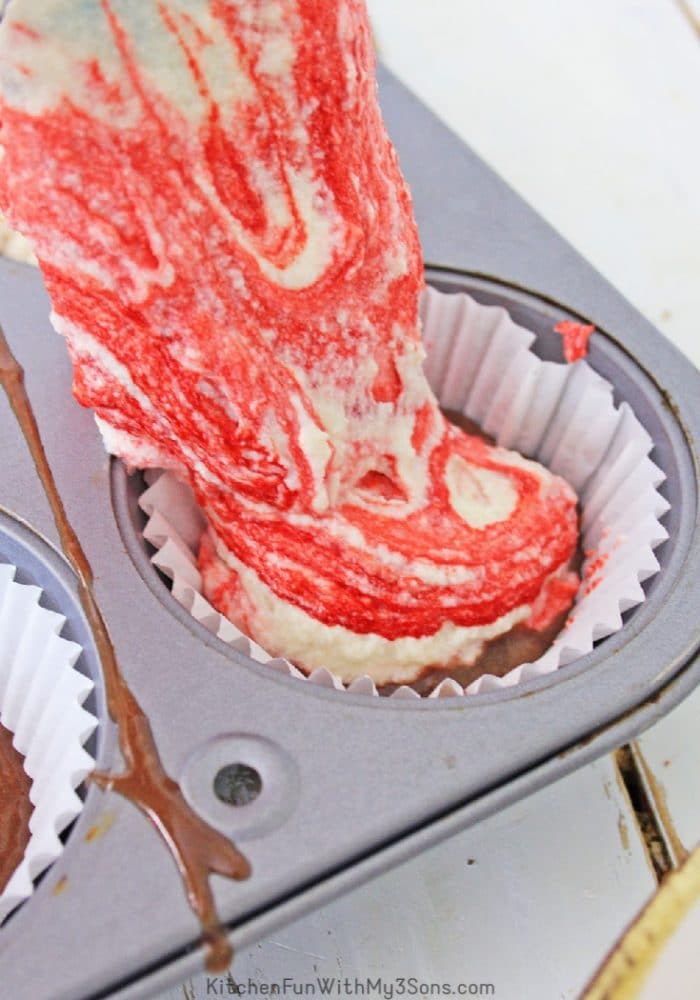 Next, make the frosting. In a mixing bowl, combine the butter, Crisco, vanilla and 1 tablespoon of heavy cream. Beat well until it is light and fluffy.
Add the powdered sugar a little at a time, blending between each addition. Slowly add a bit more of the heavy cream as needed to get the powdered sugar combined. Scrape down the bowl and mix again. Refrigerate the frosting until the cupcakes are completely cooled. 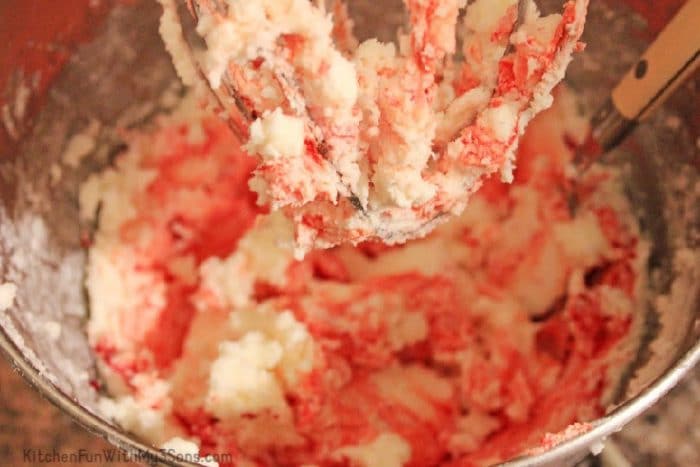 Once the cupcakes are cool, remove the frosting from the refrigerator and put it in a large pastry bag that has a fluted tip. Frost the cupcakes and then top with peppermint bark pieces. 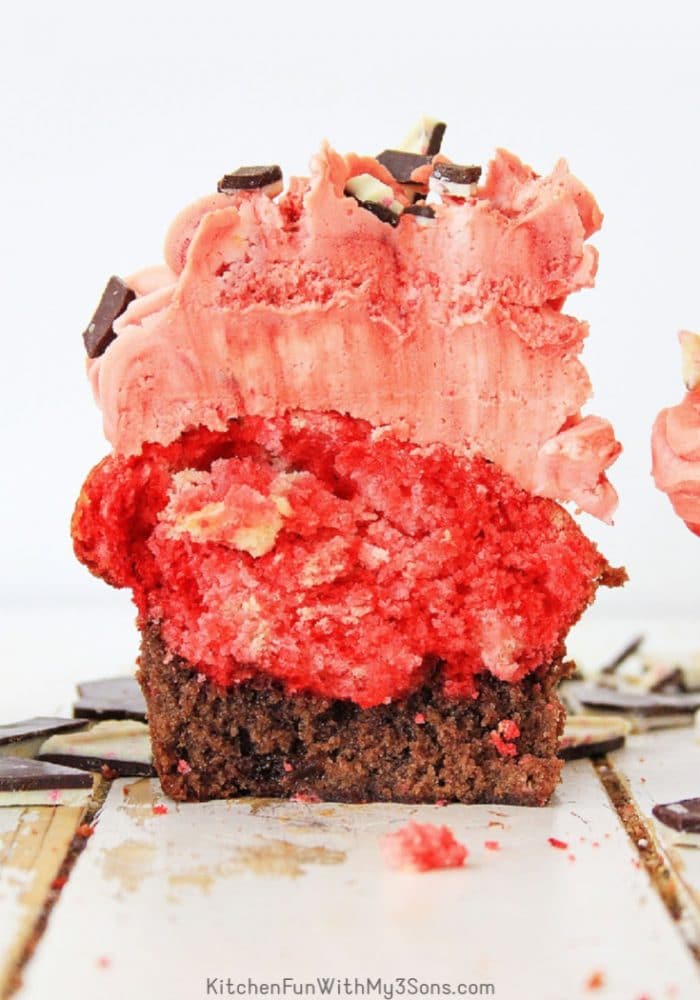 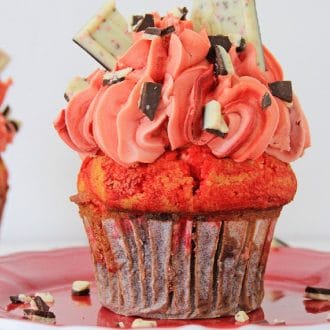 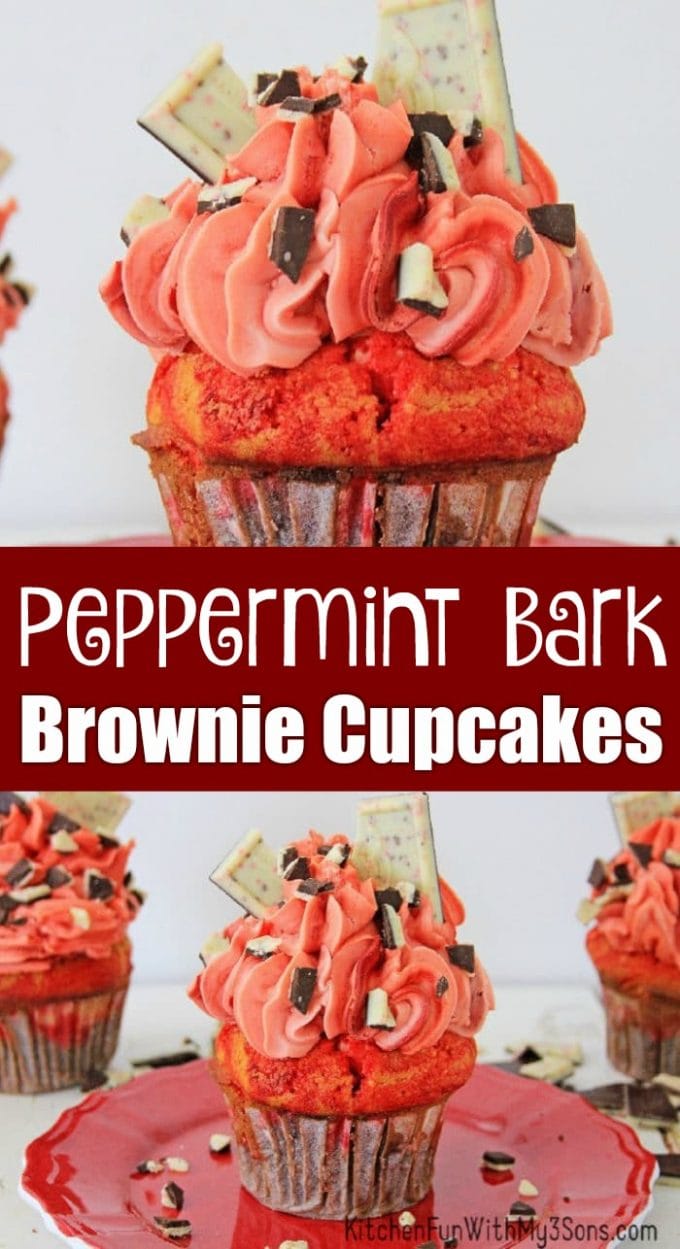