Are temper tantrums threatening your sanity as a parent? If so, you are going to be so happy you found this post. If your munchkin throws temper tantrums like a champion, help has arrived. 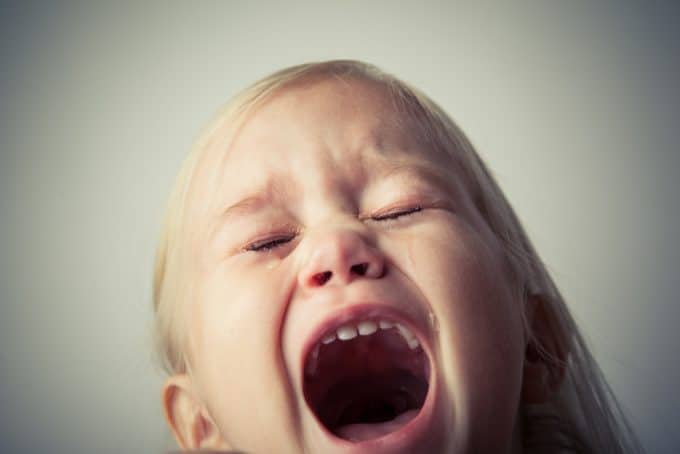 Three scientists from the University of Minnesota and the University of Connecticut. decided to go deep into figuring out everything they possibly could about temper tantrums. (You can read it here.) They tracked the income and education of kids and discovered that the children who resisted authority and their parents when they were young, tended to stay in school longer and succeed with their jobs.

Study co-author Michael Potegal of the University of Minnesota told NPR, “We have the most quantitative theory of tantrums that has ever been developed in the history of humankind.”

They discovered, via their research, that tantrums have a definite “pattern and rhythm” to them.

Okay, I know anyone would be hard pressed to find anything close to music in the spine-shattering shrieks that come out of a toddler when he wants the BLUE cup…NO, not that cup…the OTHER blue cup. Maybe my metaphor could be better, but I’m all in on this.

This music is the ebb and flow of loud screams that seamlessly meld with the thumps of tiny clenched fists pummeling your leg. Every parent knows the sounds of temper tantrums. In all honesty, that may be why these 3 researchers thought there could be some hidden clues there.

But first, they had to figure out a way to record the kiddos so they could analyze the audio to look for patterns.

“We developed a onesie that toddlers can wear that has a high-quality wireless microphone sewn into it,” co-author James A. Green said. “Parents put this onesie on the child and press a go button.” They collected more than 100 audio files of children throwing all sorts of fits.

This may well be the worst album ever recorded. Top 40 Tantrum Hits! Definitely not on my Spotify list.

Parents expect tantrums to begin with the child hopping mad about something, yelling at the top of their lungs, and then ending with tears and feeling sad. What scientists found is that those aren’t separate emotions in a tantrum.

The emotions of anger and sadness are actually intertwined. They are happening at the same time.

For example, screaming, yelling and hitting go together.

Similarly, crying, whining, falling to the floor and seeking comfort go together.

“Temper Tantrums Are No Different Than Thunderstorms”

That’s how one scientist sums it up. The rhythm can help parents understand their kids so much better.

The Science of Ending a Temper Tantrum

You’re probably not going to love this, but the smarty-pants researchers say the first, best thing to do is to wait it out. Just wait. It’s not convenient, but when a little one is throwing a tantrum that’s the smart choice.

A kiddo needs time to move through the anger part and get to the sadness part. And once they reach that stage, they want to be comforted. The tantrum will end.

Whatever You Do, Avoid This One Behavior

DO NOT ASK QUESTIONS of your kiddo during a temper tantrum. Don’t ask why they do or do not want something, or what they want you to do. “It’s difficult for them to process information. And to respond to a question that the parent is asking them may be just adding more information into the system than they can really cope with.”

To sum up, try taking a step back and watching the next temper tantrum the way a researcher would. Do you see any of those behaviors that go together? Was your child tired, sick, hungry? If you look for these patterns you’ll be better able to recognize when it’s coming and the most effective way to handle it once the tantrum is in full swing.