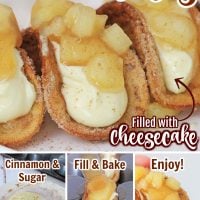 Apple Pie Tacos are stuffed with apple filling and cheesecake inside crunchy taco shell made with a delicious cinnamon sugar mixture. This is a perfect fall dessert recipe that will go quick!

I love making new recipes with apples in the fall. Since one of our favorite activities is apple picking, we always need to find fun recipes to use all of our pickings. You’re going to love this fun fall treat. 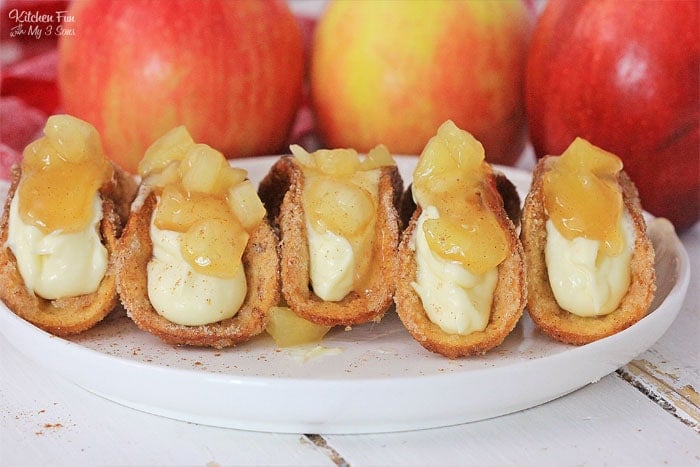 We are going to make these apple and cheesecake filled dessert tacos by first making a cinnamon shell, then filling with a homemade cheesecake filling and topping it off with apple pie filling. It’s a simple recipe with big flavor.

This is a treat that people really adore because they taste great and they just look so cute. Everyone will be asking you for the recipe! 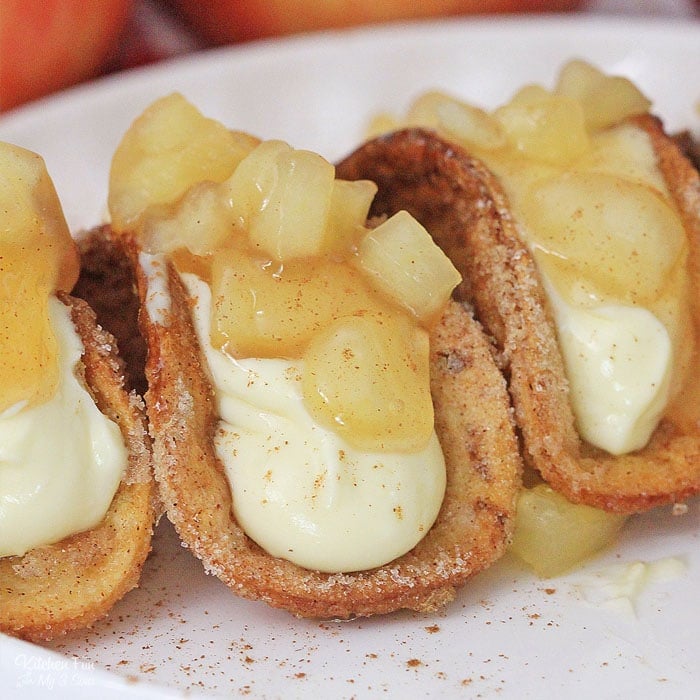 Here Are The Ingredients You’ll Need 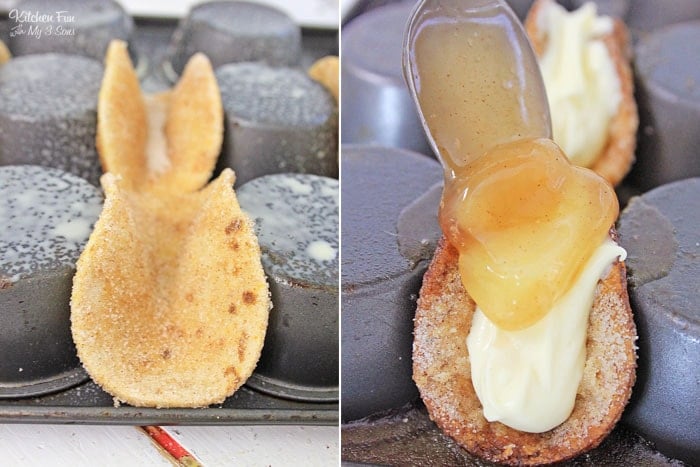 How To Make Apple Cheesecake Tacos

See, it’s pretty simple, right? I just adore recipes that look so creative and pretty but don’t take me a lot of time in the kitchen. 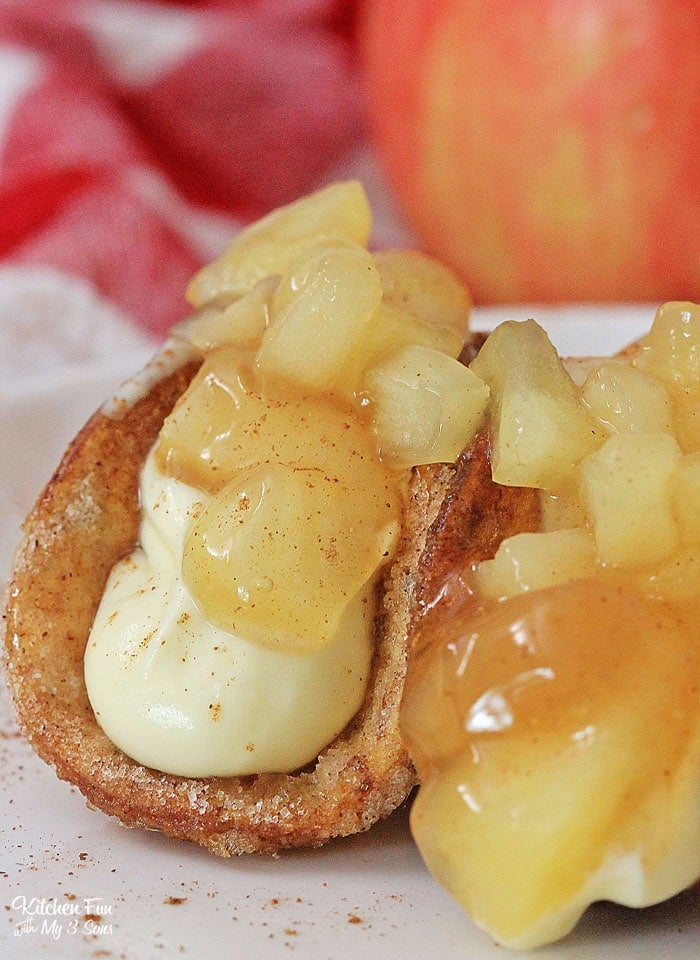 Store these in the refrigerator in an airtight container for up to a week. These are best enjoyed the day they are made since the crisp cinnamon shell can start to get soft and soggy after a few days.

Serve these up to celebrate the first day of Fall, on Thanksgiving or really anytime you feel like a tasty treat! 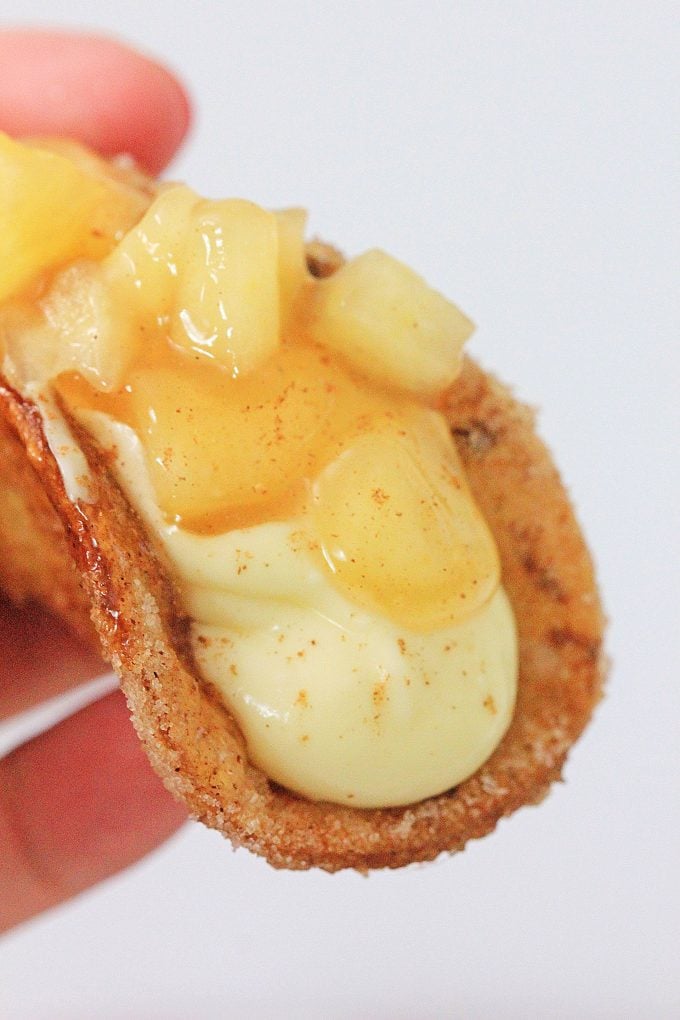 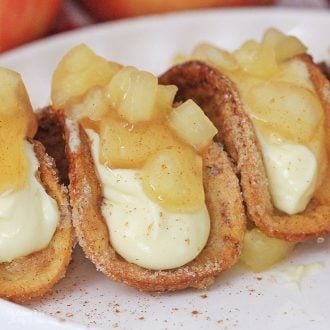 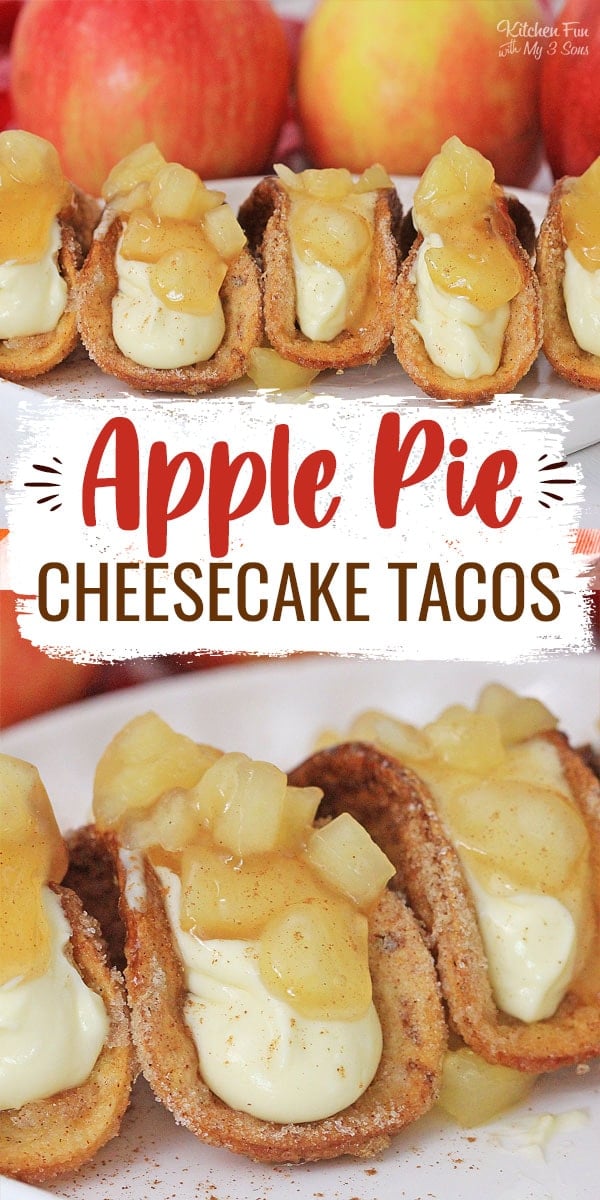