Banana Pudding Shots are a delicious adults-only treat for your next party. If you love banana pudding you are going to love this recipe with a bit of banana coconut rum added in!

We love making fun shots for the grown-ups; especially our Girl Scout Thin Mint shots and Pina Colada Jello Shots. I make a lot of great treats for the kids around here, let the adults have some fun, too! 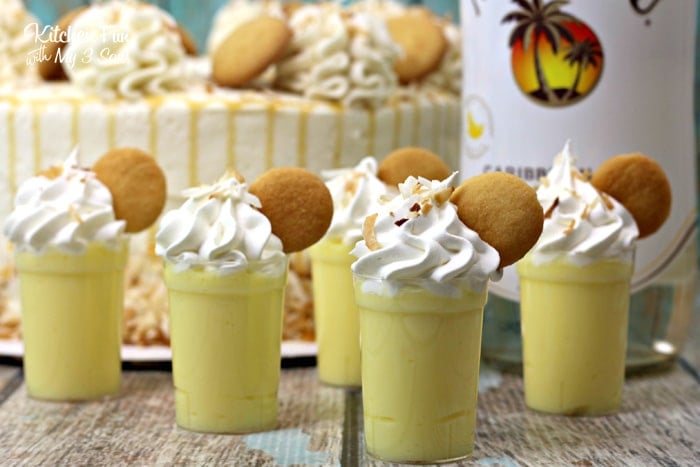 Banana Pudding is one of my all time favorite desserts. Everyone in my family loves it! The thought of making it a new way really excited me.

The added bonus here is the banana coconut rum.

When you’ve got everything mixed up, you can easily pour these into the shot glasses by filling a piping bag with the mixture and squeezing it in that way. It’s so much easier than scooping.

Add some whipped cream, toasted coconut and a mini wafer on top! How cute? 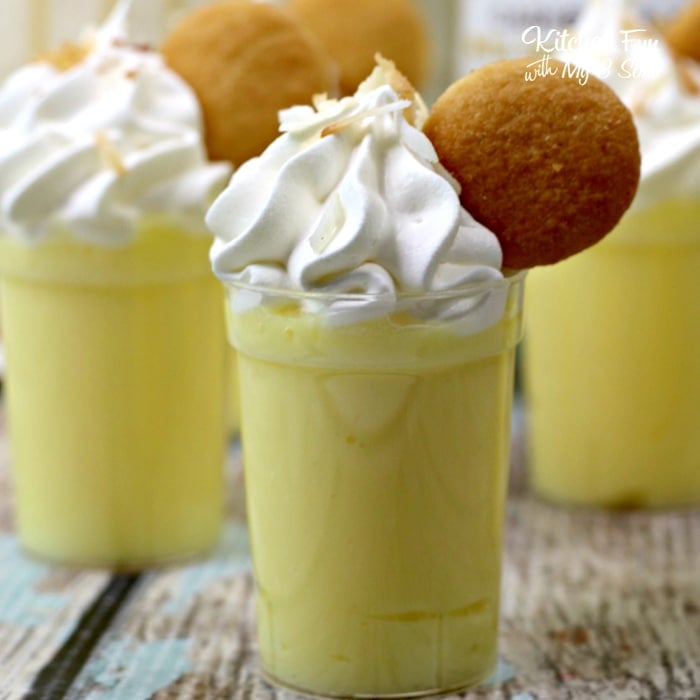 As much as I completely adore jello shots because of their great flavor and how easy they come out of their container – pudding shots are quickly making their way up the ranks.

Making pudding shots are pretty easy to do, too, because you can essentially take a pudding flavor you like and an alcohol you like and mix them together. Easy peasy.

Once you make these you can move onto creating and trying your own pudding shot recipe! 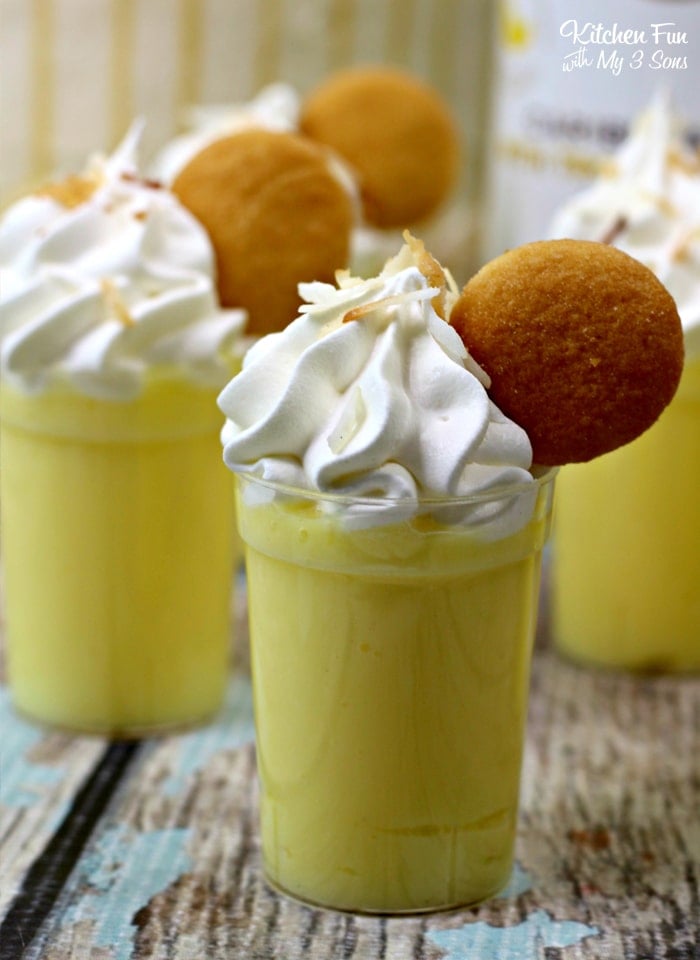 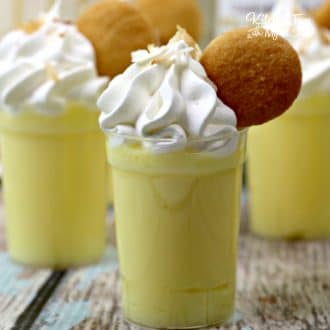 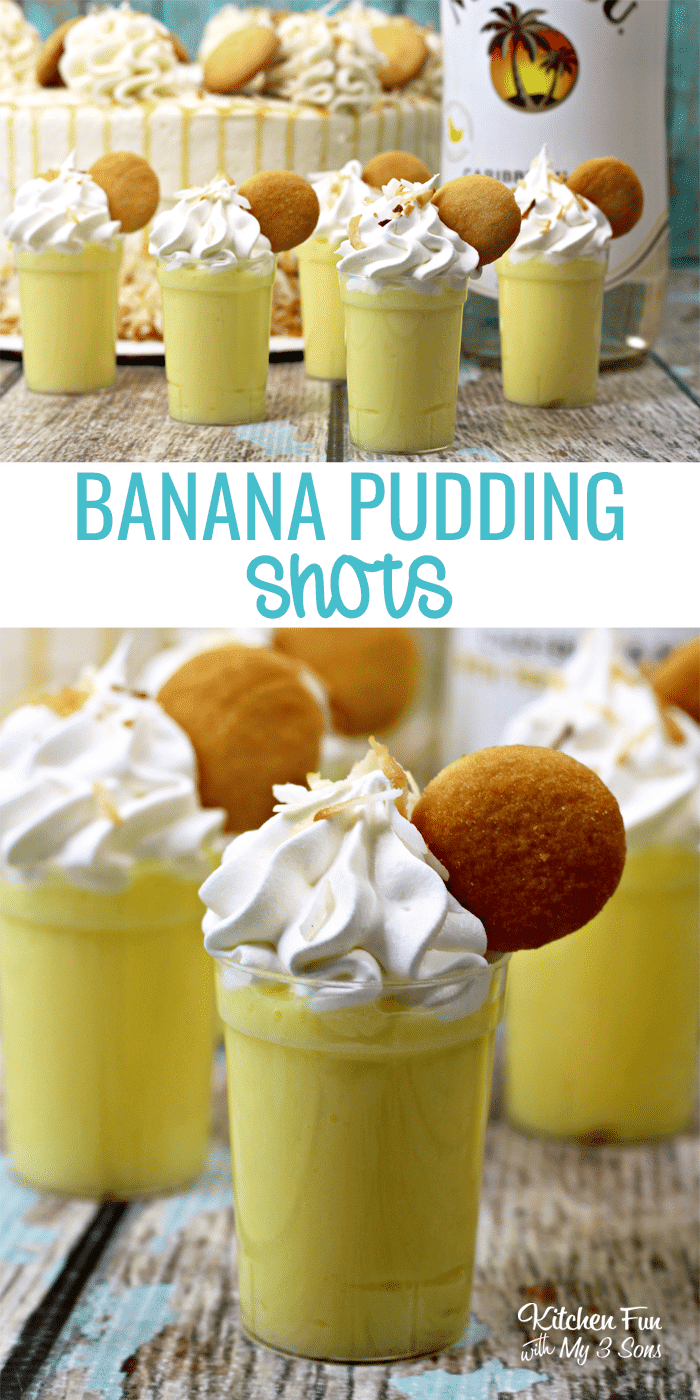