Home » Tips » If You’re Grieving, You Need to Read This Viral Twitter Thread

If You’re Grieving, You Need to Read This Viral Twitter Thread

Grieving is the part of life we all must face during the time we’re here. When we truly love someone, on some level we understand that the price of admission to the relationship is that someday we may lose them. It’s a subconscious deal each of us makes when we open ourselves up to love. 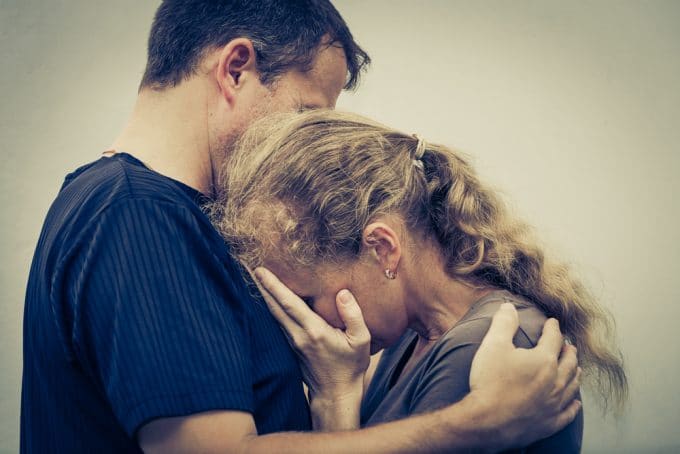 Volumes have been written on the process of grieving, how long it takes, and what to do about it. A grieving Twitter user, @LaurenHerschel, shared something about grief that’s gone viral and when you see it, I think you’ll know why.

It’s called The Ball and The Box. In her hand-drawn posts, she shares with us what she learned from her doctor and explains what it means.

On Grieving – The Ball and The Box

After what has been a surprisingly okayish Christmas, I had a moment today in SuperStore. Saw a lady who reminded me of my 92yo grandma, who even in the early stages of dementia, completely understood that my mom died.
I thought I’d share the Ball in the Box analogy my Dr told me pic.twitter.com/YfFT26ffU8

So grief is like this:
There’s a box with a ball in it. And a pain button.
And no, I am not known for my art skills. pic.twitter.com/XDwCCdXVkc

In the beginning, the ball is huge. You can’t move the box without the ball hitting the pain button. It rattles around on its own in there and hits the button over and over. You can’t control it – it just keeps hurting. Sometimes it seems unrelenting. pic.twitter.com/Wcas2p4vab

Over time, the ball gets smaller. It hits the button less and less but when it does, it hurts just as much. It’s better because you can function day to day more easily. But the downside is that the ball randomly hits that button when you least expect it. pic.twitter.com/fevAttojBg