Home » Tips » According To This Study, People Who Point Out Grammar Mistakes Are Jerks

According To This Study, People Who Point Out Grammar Mistakes Are Jerks

How often do you get corrected as you are trying to speak? It happens all the time to me, especially after becoming a mom due to ‘mom’s brain.’ However, this study shows that people who point out or correct grammar mistakes are actually jerks!

We All Make Mistakes

Now don’t get me wrong, I hate seeing spelling mistakes. It just drives me crazy for some reason! However, according to this study done, if you are the type of person to constantly correct people on their grammar, you are considered a jerk.

I am mostly talking about just everyday communication, not in a professional sense. Everyone will be bound to make some grammar mistakes at some point, it is just human nature. When you point it out, it is rude.

More often than not, it is not a matter of life or death if someone makes those types of errors. There is no reason to point them out! 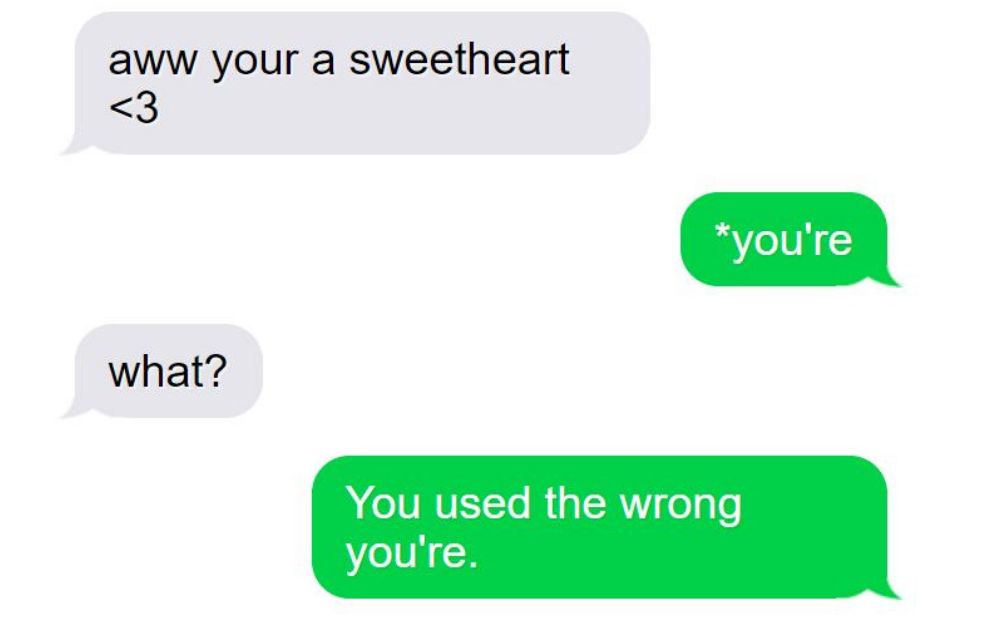 In 2016, there was a research paper done on this topic and found that people who correct grammar mistakes usually are close-minded. They also found that these people were less social as well. Makes sense, no one wants to be around someone who constantly corrects them!

Julia Boland from the University of Michigan published her paper in the journal PLOS ONE with all her research. Her paper showed that someone’s personality can determine how they will communicate, especially online.

Her study included 83 participants. Each had to judge a writer’s personality based on what was written by them. It was an ad for a roommate. There were controlled and edited grammar mistakes added before the participants saw the ad.

Then, based on what was written, the participant had to determine if that person would be a good roommate. They also were asked if the grammar mistakes bothered them.

Finally, all participants took the Big Five Personality Test which uses multiple-choice questions to determine personality type. This test is mainly used by employers and executives.

According to the study, extroverts did not care about grammar mistakes while introverts judged the person more from their mistakes. Those with empathy-based personalities also did not care much about the grammar errors while others cared a lot more.

Problems with the Study

However, despite all this research, there are a few problems with the study. First off, 84 people is not a huge population. More is usually required to make more solid conclusions.

Secondly, with only 84 people, it is very likely that they are all from the same background or demographics which could contribute to the results.

Finally, while personality tests can find solid traits for people, they usually are not concrete, nor are they a scientific method.

What are your thoughts on this study? Do you think this study is true, that people who point out grammar mistakes are jerks?