Home » Tips » Why April Babies are So Special

Why April Babies are So Special

April is such a fun time of the year. The flowers are blooming and everything is green once again. Having a baby around this time is such a joy. However, science is now showing 6 reasons why April babies are even more special! 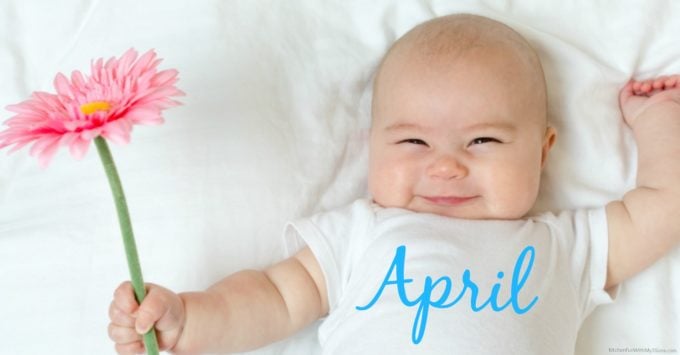 A Hungarian study was done in 2014 and found that spring babies, particularly those born in March, April, and May were more positive. These people were more likely to score higher on the hyperthymic scale. A hyperthymic person is generally positive and optimistic.

Your precious little one is also going to be more optimistic if you live in a place that has dry summers and cold winters.

From the magazine Sleep, we learn that people who were born in the spring or summer stay up later than those born in other seasons. If your baby is born in April, you might have a night owl on your hands!

University of British Columbia’s Sauder School of Business conducted a study and found that babies born in April were more likely to become corporate leaders in their future than those born in the summer. These researchers studied 375 CEO’s and 500 companies to find this data.

They realized that this could be due to how the school year is situated. Those born in April are typically the older students in the class, which turns into leadership later in life.

Your baby might have a lower chance of developing asthma if they were born in April. A study done in New York City found that spring babies are less likely to get asthma or other related medical problems in life.

This study showed that dust and allergies are more apparent in the spring, so your baby is more exposed to them during the early months of their life, thus developing a strong immune system against these diseases.

Going along with that same study as mentioned before, they also found that spring babies are less likely to be diagnosed with ADHD as well. This time it has nothing to do with the dust in the air, but again, the school year structure. Older kids are much calmer than those born later in the year and are younger.

One thing to be cautious of with your April baby is their sun exposure. Studies have shown that April babies are more likely to get melanoma when they are adults later in life. This could be because they are exposed to the sun at such an early age of life. So, make sure to give them plenty of sunscreen throughout their entire lives.

Spring is such a wonderful time of the year, especially to have a baby! Science shows that April babies are in fact special. So enjoy your April baby even more as you see all their fun qualities!