Grab yourself a beer, put your feet up, and settle in to learn what Millie Bowers of South Carolina claims is the secret to a long life.

If you like to keep a cold one or two in the refrigerator, read on. But before you do, why not crack open a brew and use it in a recipe? Beer Bacon Cheddar Ranch Dip is a great snack or appetizer. You’ll make it again and again, trust me. 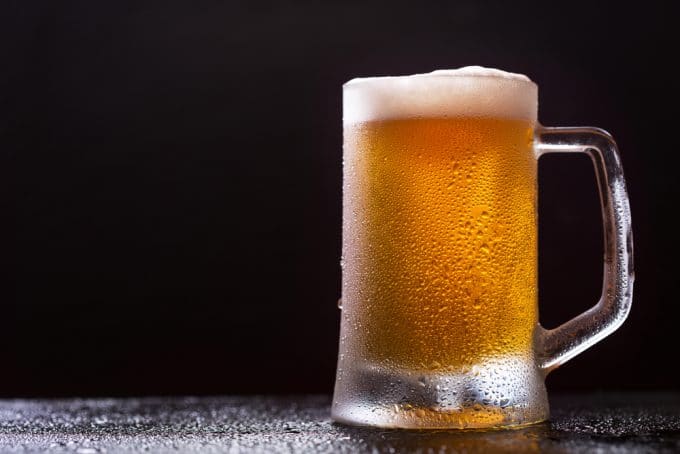 Millie Bowers has surely been asked again and again for her secret to living a long life. Before her 103rd birthday in 2016, she shared her thoughts about her longevity with a reporter from her hometown news station, WCSC Live 5 News.

“It’s all in the genes,” she said. And then she smiled wide and added, “Have a beer – doctor’s orders.”

She said her doctor gave her the green light to have a cold one in her assisted living facility. Millie enjoys a frosty glass of suds every day at 4 PM!

Turns out beer actually has some health benefits.

Okay, sure. Knocking back a 6-pack every night probably isn’t the best thing to do if you want to live as long as Millie. But, she makes a good point.

It contains more protein and B vitamins than wine. (source)

Moderate drinkers are 23 percent less likely to develop Alzheimer’s and dementia than those who don’t drink beer. (source)

The hops in beer have anti-inflammatory properties. (source)

Folks who drink 3 to 4 times per week are less likely to develop diabetes than those who never drink. (source)

Those who have one drink daily are 54 percent less likely to have a weight problem than those who don’t. (source)

A drink that’s good for a lot of things!

It kills slugs. Apparently beer is to slugs what chocolate and bacon are to me. When you put a little dish of it in your garden, slugs will come from all over to knock back a couple. Sadly, once they are in the dish to drink, they can’t get back out. Two things about this.

1) It makes me sad slugs fall into a dish of beer and die.
2) Who first figured out that slugs drink beer? That’s a person I want to meet.

A great meat tenderizer. Try it in place of store-bought tenderizers you’ve tried and see what you think.

A beer will clean your gold jewelry. Drop your favorite rings in a bowl of beer, let it sit, rinse and polish. They will sparkle like crazy!

Thanks for the tip, Millie!