That’s right. If you’re a man or woman who doesn’t make your child support payments and you’re planning a visit to Jamaica, you may want to go unpack. Until you are current in your support, you aren’t going anywhere. 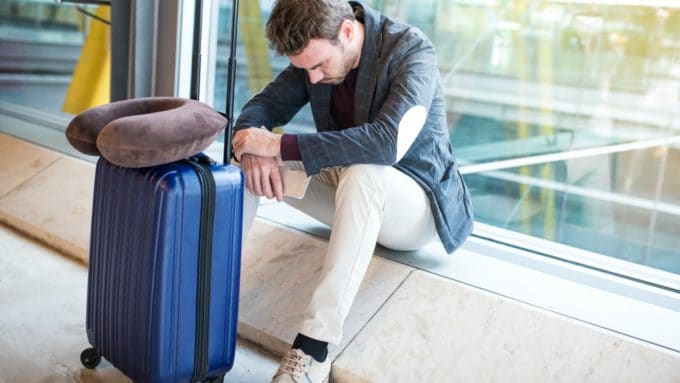 No Travel for Child Support Dodgers

I choose to believe that most people pay their required child support right on time. But, there are statistics to show that not everyone does what they have been mandated to do. As of April 2017, 5.5 million delinquent noncustodial parents, or debtors, owed over $114 billion in past-due child support. (source)

Children need the money the court orders a non-custodial parent to pay. It’s appalling to think that anyone would be callous enough to take a trip when they know they haven’t provided for their kids, but sadly, it happens. That’s why the U.S. government has made some changes over the years.

No Passport for You

If you owe $2,500 or more in child support, you are not eligible to receive a U.S. passport. (source) Not having a passport can really put the brakes on a big vacay.

Should they already have a passport before they were in arrears, it probably won’t be taken away. Don’t worry though. Trying to run away from the obligation to your kids isn’t worth the effort now as more than 100 countries have reciprocal child support arrangements for cross-border enforcement.

Child support dodgers can have their driver’s license, pilot’s license, and even their fishing and hunting licenses revoked. Click here to see what the statutes say in your state.

A child support dodger certainly won’t be able to fund their getaway, that’s for sure. The courts can garnish their wages, take their entire tax refund and all their “stuff.”

In the United States, if a child support payment is late for more than one year or $5000, the debtor will be prosecuted and sentenced federally. Being in jail is a real problem when you’re trying to go somewhere, right? That’s where a child support dodger will eventually wind up if they don’t set their finances straight.

Is There a Child Support Dodger In Your Life?

If you are owed back child support, first let me say I’m sorry to hear that. It must be an awful struggle to handle all the financial responsibilities of your child’s life. I wish I had a magic wand.

In the meantime, if you haven’t already read it, read this PDF called The Child Support Handbook. It’ll explain in detail what to do when you’re in this situation.

If this whole thing has you stressed out to the max, may I recommend a sweet Sunrise Margarita and a spoonful of this ridiculously amazing Eggless Cookie Dough? Those two treats will (almost) fix anything.

I love articles that teach a woman how great child support is….. for them. Only in America can a woman be a cheat or a drunken idiot, get custody, get more child support than needed to raise a child and then torture the man who can’t pay…..especially if he can’t work. The government backs you.