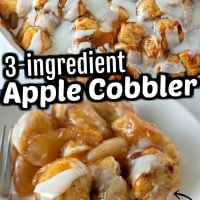 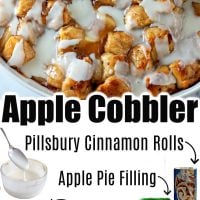 You won’t believe how fast and simple this 3-ingredient Easy Apple Cobbler is to make! Sweet rolls, apples, and warm cinnamon flavors come together to create a delicious cobbler drizzled with frosting–Serve it as a dessert or a fun breakfast treat. 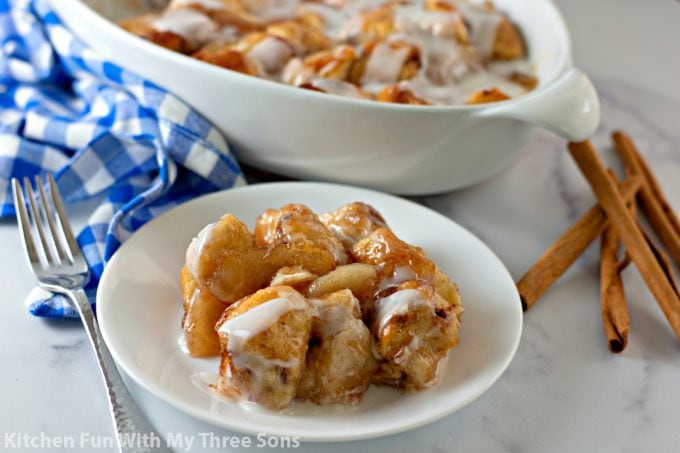 Here’s what you’ll need to make the Easy Cinnamon Apple Cobbler (the exact measurements and full recipe instructions are below in the printable recipe card): 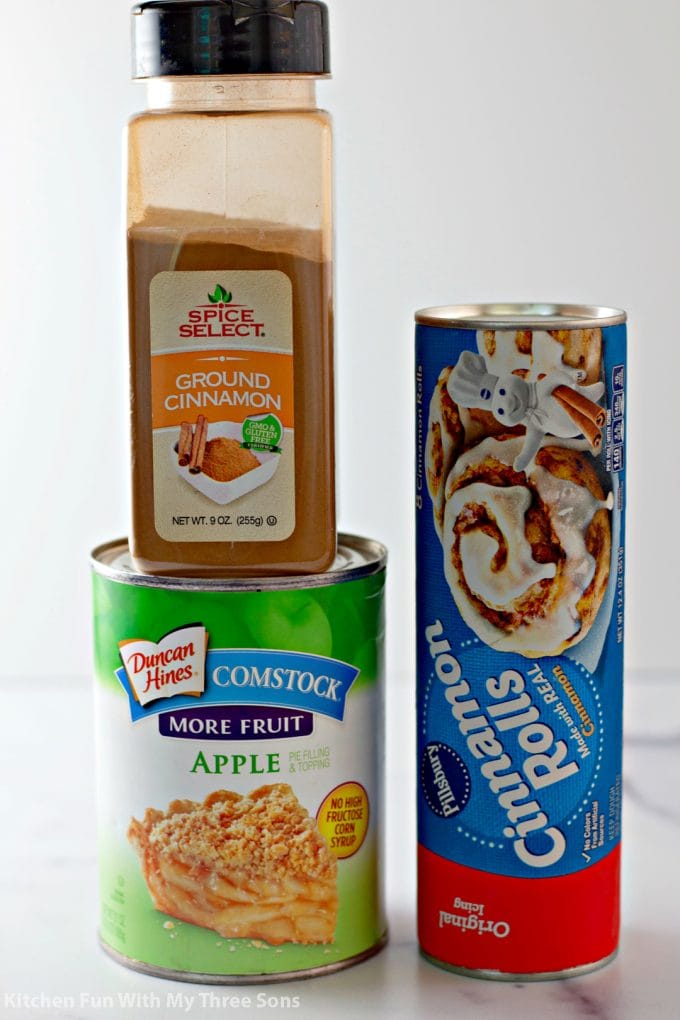 How to Make Easy Apple Cobbler

Cut the cinnamon rolls into 4 pieces to make bite-sized chunks. 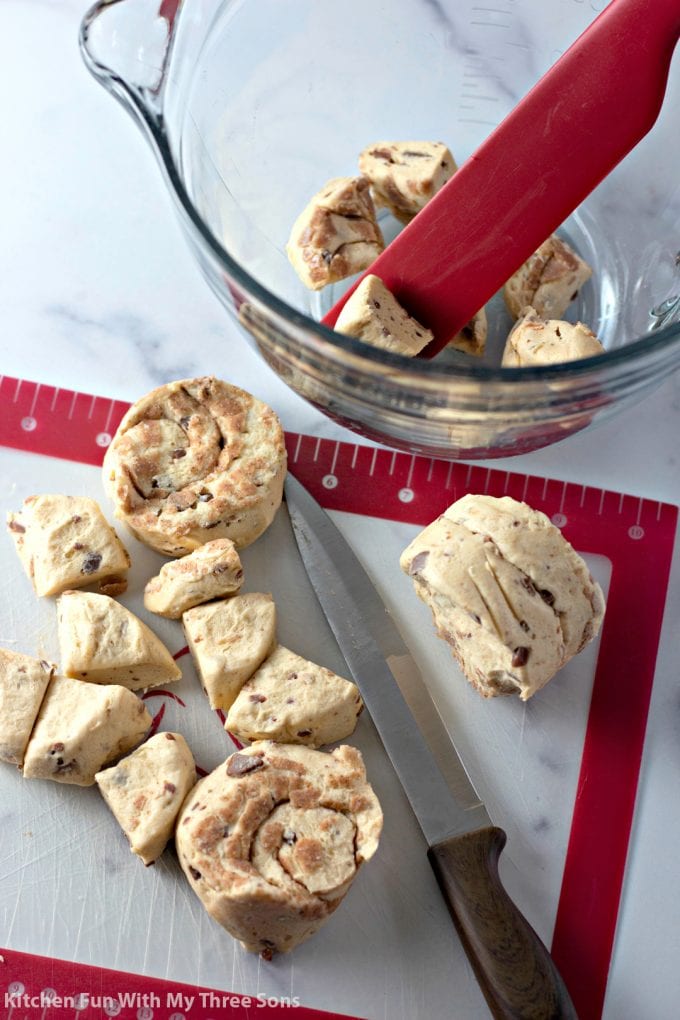 In a mixing bowl, stir together the cinnamon roll pieces, apple pie filling, and ground cinnamon. Pour the mixture into a greased 2-quart baking dish. 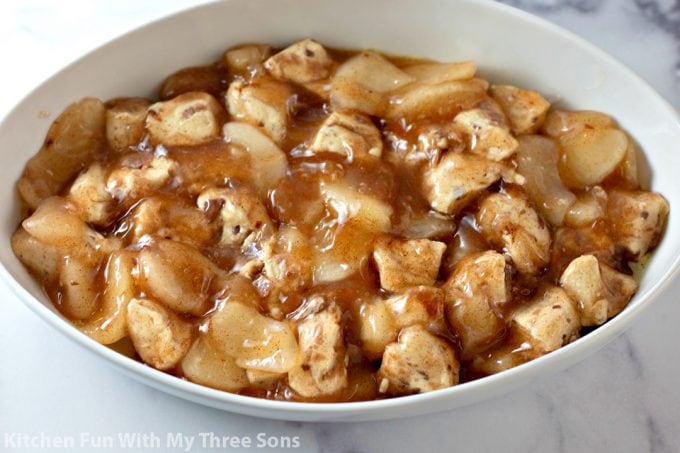 Bake the cobbler at 375ºF for 20-25 minutes until golden brown and the rolls are cooked through. Remove the pan from the oven and spoon the frosting from the cinnamon roll package over top of the hot cobbler. 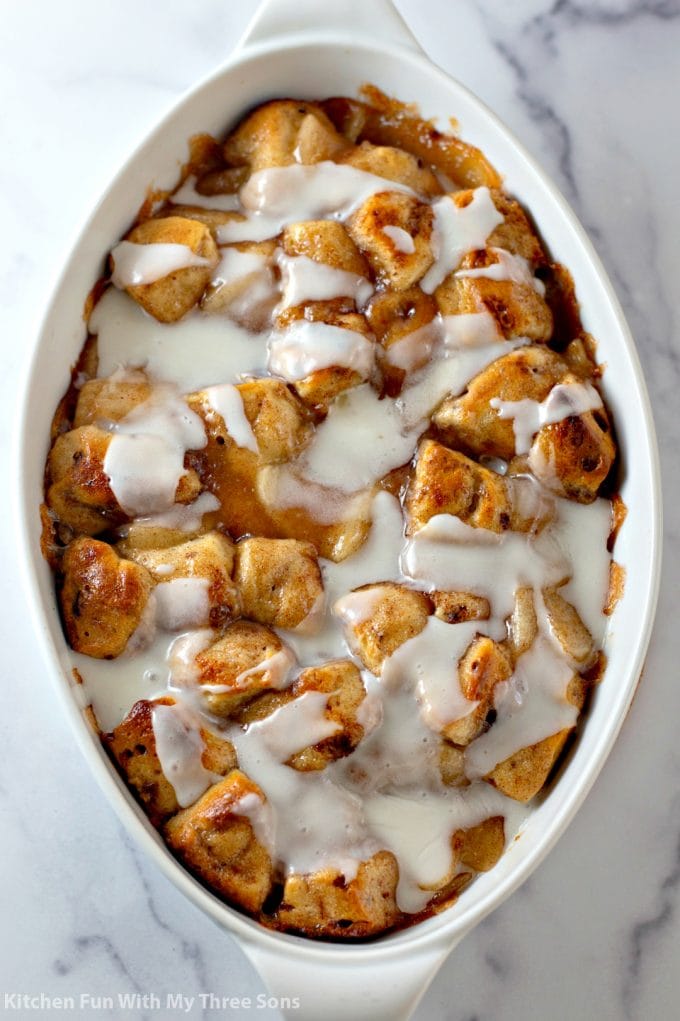 Cool the cobbler slightly before serving. If serving for dessert, you might want to add a scoop of vanilla bean ice cream into the hot cobbler with a drizzle of caramel sauce.

How to Store Leftovers

Cover the leftover cobbler with plastic wrap. You can keep it on the counter for a day, or store in the refrigerator for up to three days.

More Recipes You Will Enjoy 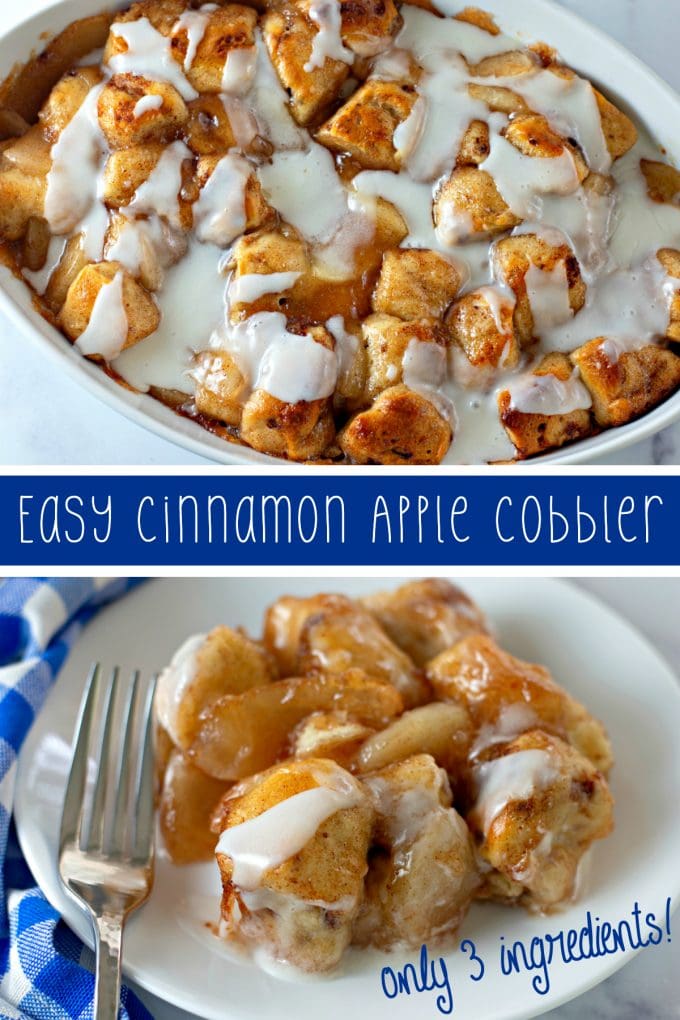 Love this Idea. Can’t wait to try it.

Takes longer to cook than 25 minutes

Really good. Had to cook for 35 minutes. Wish I would have made extra icing to go on top lol! Can’t wait to try with vanilla ice cream. Saved this recipe, thanks for sharing