If you have a Mama’s boy, good for you! A study from 2010 suggests that boys who are close with their moms have fewer behavioral problems throughout childhood. 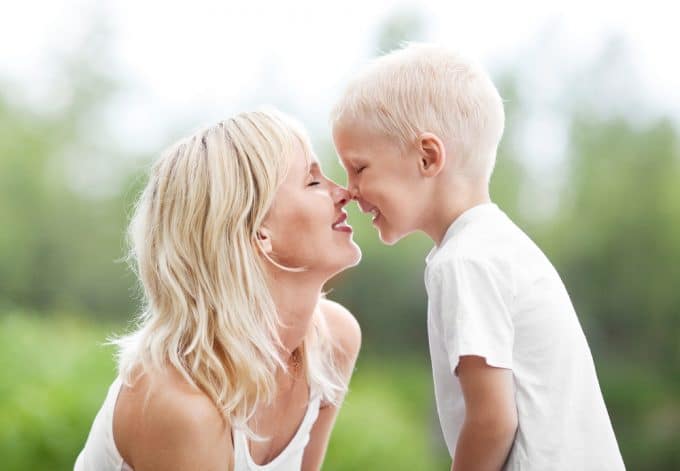 Sons are so special to moms. Of course by saying that, I’m not implying that girls aren’t incredibly wonderful. Of course, they are. But, speaking in general terms, mamas and sons have a bond that’s difficult to put into words.

I need Dads to know that I see you, too. You do pretty much everything a mom does with your kids. You love them, protect them, kiss them and teach them. They are blessed because they have a Dad.

In our culture though, a Daddy’s boy is spoken of differently. It’s not shameful for a little shaver to be characterized that way. Not the same for a Mama’s boy. And that’s the topic for this blog post.

Being a Mama’s Boy Is a Good Thing

Caring for and nurturing children is as second nature to a mother than breathing in air. We are built for attachment to our kids. Somehow, over time, little boys who are attached to their moms have become a problem that needs to be fixed rather than something to applaud.

Dr. Pasco Fearon, from the School of Psychology and Clinical Language Sciences at Reading University, studied the emotional development of 6,000 children younger than age 12 years old, in addition to the information gathered from 69 other studies.

About the studies, he said: “The central question we posed was whether attachment insecurity was associated with behaviour problems across all the studies conducted to date. The results showed quite clearly that the answer to this question is a firm yes.”

To those who think moms are too soft on sons.

Here are some of the things my little boy does, and the reasons behind my choices in parenting him. I’m sure you have examples and experiences of your own. I’d love to hear about them.

He runs to me when he’s hurt. He knows I’ll comfort him, blow on the ouchie and bandage him up with a dinosaur bandage and a popsicle for his troubles.

I’m teaching him what it means to actively love someone. You can say you love a person all you want, but I need him to understand that love is a verb.

When he’s sick, I’m the only person he wants. I bring the juice, the thermometer, and the cold compresses. I sleep on the floor beside his bed when he’s running a fever so I can wake him up every few hours to take his temp and give him meds.

I’m teaching him that truly loving someone requires that you be there at their lowest. You don’t tell people to call you if they need you. You show up and you show love without anyone ever having to ask.

I also have to show some tough love.

When he’s angry, he’s probably going to take it out on me. He knows I’m his safe space when he’s frustrated and frazzled.

His angry outbursts allow me to teach him about respecting women. He needs to learn that he can express anger without yelling, or belittling, or God forbid, hitting a woman. I want him to hear me say, “It’s okay to be upset. It’s not okay to speak to me that way.”

If he wants something, he wants me to get it for him. Sometimes I will, depending upon how he asks, what he needs and whether it’s a thing he can do for himself.

When I say yes and get it for him, later that day I will ask him to get something for me. I want him to see that this is how people treat each other. It’s not a one-sided relationship.

When I say no, and make him get it for himself, I hope I’m teaching him that women who waitress get paid for their hard and often thankless work. Moms aren’t waitresses for their children.

Do you have a Mama’s Boy?

How do you feel when people make light of how your little boy loves you? What are the things you believe you’re teaching him when he only wants his Mom? As for me, and it’s only my opinion, I say love that little monkey with wild abandon.

I loved this article as well as the other one about how swimming is good. As for me, I’m openly affectionate towards my younger 8 year old son but all is not smooth with my elder 13 year old son who compares all the time about me being more lenient to my younger son. Any articles to help for this? My younger son is more emotional and loving…and elder defies authority sometimes. Their fun play ends with both wanting to win and finally one getting upset over something or the other.