I can’t believe that in 2019 I’m still writing about the fact that moms sleep less than dads. We live in a world now where dads (in most cases) are working just as hard as moms to care for their kids. What’s going on? 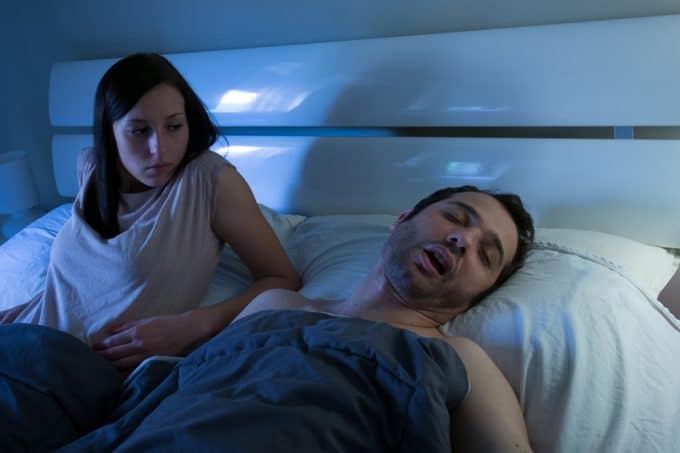 I read an article on Moms.com sharing the results of a research study that reports more than half of moms under 45 are sleep-deprived!

Holy cow. What in the heck is going on? I’m going to tell you what I think, and I hope you’ll tell me what you think as well.

I personally haven’t met a man who isn’t involved in raising his own children. The men I know are right there alongside their wives, doing their part.

I can’t believe there are still men who think it’s not their job.

According to a quiz by Parenting.com, lots of dads wait to be asked to help with the kids. WHAT?

If that’s the case in your marriage, maybe it’s time to have a conversation.

A study released in 2016 found that dads on average get to spend more leisure time with their kids than moms do. In other words, Mom is chasing her kindergartner around trying to get her in the tub without screaming so loudly the police are called.

Dad, on the other hand, has spent the hour before bathtime playing cars with his son.

If that’s your life, no judgment here. But, be aware that part of the reason you may not be sleeping well is you’re straight up too exhausted to nod off. Maybe it’s time to think about sharing those more stressful interactions with your husband. Let him wash the spaghetti out of your daughter’s hair while you show your son how to make a Lego fort.

3. Mom has to do everything because that’s what society tells her.

Look, even though we are getting better, the truth of the matter is that moms are still made to feel like we have to do everything, have everything and be everywhere.

When it’s time for cupcakes for the school fundraiser, there is something in us, (generally speaking, of course) that feels a degree of shame for buying them from Walmart.

Mom’s sleep is blown when she’s awake until 3 AM making pencil cupcakes for back to school. (Yes, they’re cute as can be, but don’t lose sleep making them!)

I have absolutely zero scientific evidence to back up that claim. What I do have is input from my family, friends and about a zillion blog and Facebook posts.

We stay awake worrying whether their cough is keeping them awake. And when they stop coughing? We worry that something is wrong so we go stand by their bed to be sure.

Moms worry whether their kids are doing okay in school and how to be sure no one is bullying them.

We worry that we fed them fast food for supper, or let them play on their iPad too long, or that they heard us swear at the driver in the school pick-up lane.

Moms sleep less because we struggle to turn our mom brains off.

In closing, let me drop a few bites of “thought salad” here.

First, moms everywhere should learn to ask for help, and I’m not talking about dads. Dads don’t “help.” They are part of the team. Help implies they are doing you some sort of favor.

Instead, maybe call the grandparents and ask for a break. After all, a new study shows that grandparents who babysit actually live longer.

Second, it’s imperative that you work on getting more sleep. Being sleep-deprived makes humans moody and unable to be much of anything but irritable. We can’t make great decisions, we forget things, and we can actually cause harm to our immune system and even our heart.

Are you sleeping less than your child’s dad? Why do you think that is? Is there anything you can point your finger at as the main reason?

Tips
3 Comments » // Leave a Comment »
« Previous PostRolo Brownies
Next Post » Over 40? Science Says You Should Only Work 3 Days a Week.

I absolutely get less sleep than my husband. Part of it is struggling to turn off my mom brain and quit worrying. That exact cough scenario that you described has happened multiple times. Mostly, it is due to breastfeeding. My baby is 9 months old so he sleeps through the night but I still have to stay up late to pump and then get up early to pump. My husband and I make a great team but that is something that he can’t help me with. When we have another one, the same thing will happen and he will continue to get 45 minutes to an hour more sleep than me every night.

I love this, as a Dad who is involved I do tend to agree with a lot of what you have said. My wife definitely struggles to turn her brain off at night whilst I can just go straight to sleep and she does feel that ‘societal obligation’ to try and do everything. That being said I firmly believe it is my job to wake up with the kids almost every day so that she can get an hour or more in bed in the morning. Naps are important too if, like me, you have the work schedule that can allow for you to take the kids for an hour or so then do it and let your wife sleep. They deserve it.

©2020 Kitchen Fun With My 3 Sons. Design by Purr.
wpDiscuz
3
0
Would love your thoughts, please comment.x
()
x
| Reply
Skip to content