You Need to See How This Bar is Preventing Drunk-Driving

Every single day in the United States drunk-driving takes the lives of roughly 30 people. Now a bar in Nebraska is committed to doing their part in lowering that number with their innovative appeal to drivers to leave their cars in the parking lot when they’ve had too much.

The Union Bar in Gering, Nebraska has taken to leaving notes on the cars of patrons who leave them there overnight.

Even better? The short note offers a free hamburger and fries to thank those who are smart enough to leave their cars rather than drive home after drinking. Isn’t that an incredible idea?

The Note That Hopes to Eliminate Drunk-Driving

Scott Swanson, who owns the bar with his wife, told me how it all started.

“My wife saw about three years ago that somebody had done this. We instantly jumped on the idea. We’ve had people from around the world contact us. We don’t do it every time there’s a car in the lot or else people would just be leaving their cars for no reason. We do it fairly often but kind of randomly. The response has been overwhelming and I’m sure it has saved some DUIs”

He also tells me that it’s his own family that makes this such an important gesture for him and his wife.

“We have had calls emails and instant messages from countless people who have lost family members to drunk drivers. I have children and grandchildren I would like to see live a long happy life. I also would cringe at the thought of somebody leaving my bar and injuring somebody or themselves.”

Here’s what the note says…

Just wanted to thank you for leaving your car parked overnight. I’m not sure if you consumed alcohol at our restaurant or not, but we want to thank you for not drinking and driving. Bring this letter to the bar and we will give you a Hamburger and French Fries. Please accept this as a thank you for being responsible. Life is valuable, have a great day.

One death every 50 minutes in the USA is a grim statistic. An even more heartbreaking number is how many children between the ages of 0 to 14 years old were involved in traffic deaths caused by drunk driving.

More than 1 million drivers were arrested for driving under the influence of alcohol or narcotics in 2016. Although that sounds like the United States is doing a great job of catching people who drive drunk, it’s really not.

In fact, it’s only 1% of the self-reported alcohol-impaired driving among U.S. adults each year. 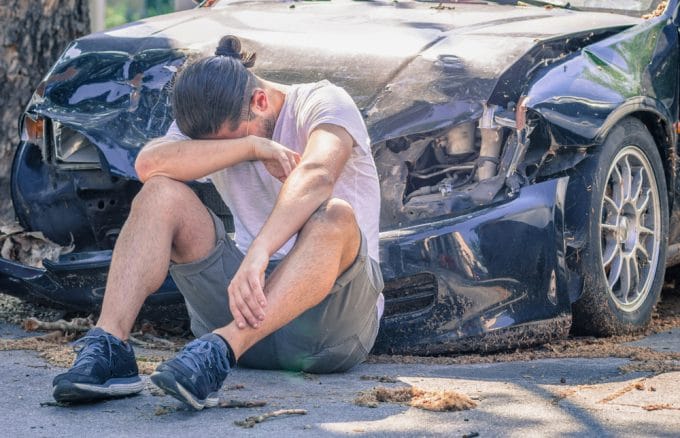 How to Do Your Part to Prevent Drunk-Driving

The National Highway Traffic Safety Administration outlines what those who imbibe should keep in mind before they make a choice that could endanger the lives of so many, including their own. These are their recommendations.

– Plan your safe ride home before you start the party. Choose a non-drinking friend as a designated driver.

– If someone you know has been drinking, do not let that person get behind the wheel. Take their keys and help them arrange a sober ride home.

– If you drink, do not drive for any reason. Call a taxi, a ride-sharing service, or a sober friend.

– Download NHTSA’s SaferRide app which helps you identify your location and call a taxi or friend to pick you up.

– If you’re hosting a party where alcohol will be served, make sure all guests leave with a sober driver.

How to Report a Suspected Drunk Driver

If you see a vehicle driving in a way that concerns you, don’t be afraid to call 9-1-1. Follow the guidelines below to make it much easier for law enforcement to do their jobs.

Of course, we all know that giving away a burger and fries isn’t going to solve the mountainous problem of drunk-driving in this country. At the same time, doing nothing solves nothing, right?

That’s why we should all give a big thank you to The Union Bar for showing us how a little creativity and goodwill can help solve some of life’s most challenging problems. They are doing their part and all of us should do ours.

In the words of Scott and Carla: Life is valuable, have a great day.