Home » Tips » Your Mean Friend Might Actually Be Your Best Friend

Your Mean Friend Might Actually Be Your Best Friend

Research says your mean friend may actually be trying to help you, even if they really hurt your feelings. 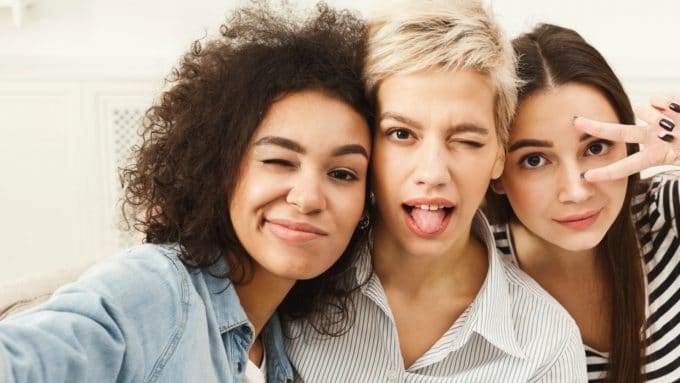 In 2017 the Association for Psychological Science shared research that might change how you see that one mean friend in your life.

They concluded, “People may try to make someone else feel negative emotions if they think experiencing those emotions will be beneficial in the long run, according to new research. The findings expand on previous research by revealing that people may sometimes seek to induce negative emotions in others for altruistic reasons, not simply for their own pleasure or benefit.”

In other words, if your bestie tells you that you’re making a really bad decision, it’s not because they want to hurt your feelings. It’s because they know that telling you to your face will make you feel bad. And if you feel bad about it, maybe you’ll slow down and rethink the decision.

Cruel to be kind.

That’s exactly how one of the study’s researchers explained the behaviors of a good, mean friend.

“We have shown that people can be ‘cruel to be kind’ — that is, they may decide to make someone feel worse if this emotion is beneficial for that other person, even if this does not entail any personal benefit for them.”

Which friend would you rather have?

Your friend has been drinking a lot more than usual lately. You’re not sure what’s going on because she won’t talk about it, but you know something is up.

You can dance around the issue and try to passively hint at the problem. Hopefully she’ll understand what you’re saying, and hopefully, you won’t hurt her feelings.

Or, you could sit your friend down, look her straight in the eyes and say, “You are screwing up your life. Tell me what is going on because I’m tired of seeing you this way.”

Which friend would you rather be?

There are people who have the courage to confront their friends with the truth. There are plenty of good friends who can’t bring themselves to say anything that could hurt someone’s feelings.

If you’re lucky enough to have a mean friend in your BFF posse, good on you. You don’t always have to listen to what they say, but be thankful they love you enough to say it.

A big shoutout of thanks to mean friends everywhere!