States Are Finally Allowing Folks to Be Buried With Their Pet

Pet lovers are taking comfort in knowing some states are passing laws so their beloved pet can be buried with them.

Pet lovers know how much love a human heart can hold for a fur baby. We care for them like family, we look out for their safety and health, and we tell them all our problems and secrets. When we lose them, it hurts so badly it’s all we can do not to fall completely apart. 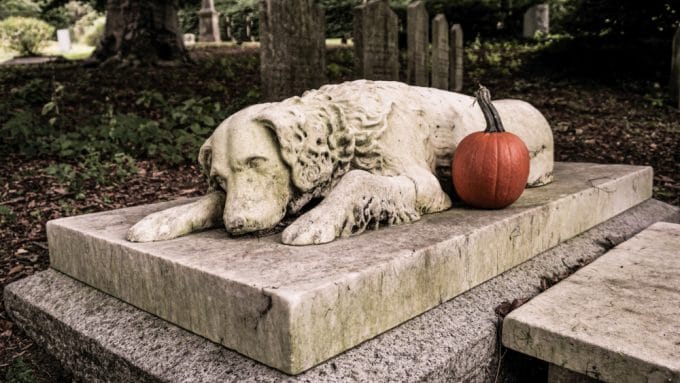 A Cherished Pet Can Be Buried With Its Owner

In the state of New York, pet moms and pet dads can now have their fur baby baby buried alongside them. People are thrilled to learn their dogs, cats, and other adored pets can be with them after they’ve passed away. Other states have made or are making those same burial arrangements legal as well.

Here’s a good example of why that’s such great news.

I once knew a lady whose dog Buster meant more to her than just about anything or anyone on the planet. When Buster passed away she was absolutely distraught, completely beside herself.

The woman had her dog cremated and his ashes placed in an urn. Her will dictated Buster’s ashes were to be be spread with hers.

Her family did what she asked. Buster would not have been welcome to lie beside her in a cemetery.

Who would want a pet buried with them?

People like Buster’s mom. Adult children grow up and move away, and pets become something akin to four-legged children to a mom and a dad who have an empty nest. Not to say those are the only people who genuinely love and dote on their pets, but it’s a good example.

Its not a new phenomenon by any stretch. Anthropologists theorize that humans have had pets for about 30,000 years. In case you’re curious, it was the dog that was first domesticated. Back then they were pretty much taming wolves!

Around 4000 years ago, researchers say that humans began having their pets buried with them. How did they know for sure that these animals were actually pets? Because the molecules showed them that the animals had a diet very similar to humans.

If you have a dog looking at you right now, you absolutely understand your ancestors from all those years ago. You know you give them human treats!

People who have chosen to be buried after death rather than opting for cremation are often buried in family plots. We like to think of them resting with loved ones.

For many folks, its not a long-dead great grandma. It’s the pet that licked away tears, welcomed them home every time the front door opened, and slept beside them for 15 years. They want to honor that companionship forever. It’s a comforting thought.

How to have a pet buried with its owner.

Plenty of families are left to handle heartbreaking arrangements after a loss. Figuring out how to lay Mom to rest with her Corgi, or Dad with his cat, can be a challenge. Hopefully this information will make it easier.

The state of New York is one among several that have passed a law which allows people to legally have their pets buried with them.

Pennsylvania allows cemeteries to split their properties up. They have one section for people, one for pets, and a third where they can be together.

Virginia does it a little differently. Deceased pets and their owners can be buried together in the cemetery so long as they are in separate caskets.

The long and short of it is the laws vary from state to state and cemetery to cemetery. In many cases state law allows it, but the cemetery does not.

If you have aging parents who want their pets to be with them after death, you should proactively reach out to cemeteries in your area to find out what they allow. Ask questions about what family members need to do in order to make everything legal. Make a list and share it with designated decision makers.

Talk to your loved ones if there are precious animals they love like family. Discuss burial arrangements and ask whether this kind of burial is something they want. It’s a hard conversation, but a good one to have.

What do you have to say about it? Do you have personal experience?

It’s about time they did! Unfortunately it will be many years until something like this is allowed in Sweden I’m afraid 🙂