True lovers of both cake and banana pudding will flip for Banana Pudding Cake. It calls for an entire bottle of caramel sauce, which is for sure the best sauce ever!

My favorite banana recipes on the blog are Banana Pudding Shots (featuring banana coconut rum), Banana Pudding Bark (with white chocolate and banana chips), and Banana Pudding Poke Cake (a ridiculously easy cake you can make in a hurry.) 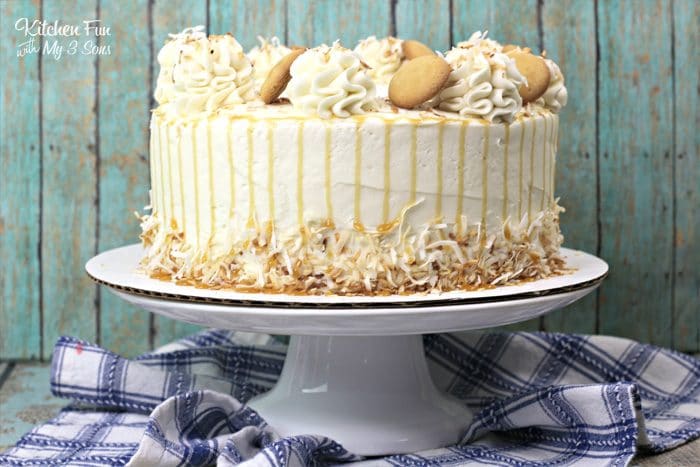 You’ll notice this 3-layer cake includes a couple of boxes of French Vanilla cake mix. I’m all for using cake mixes when possible, especially when you have the opportunity to give them a little extra love using great ingredients.

If there is one thing above all else that this cake recipe does, it’s taking a store bought cake mix and turning it into something eye-popping and luscious. No one will ever guess Pillsbury or Better Crocker to be the building block of this dessert. 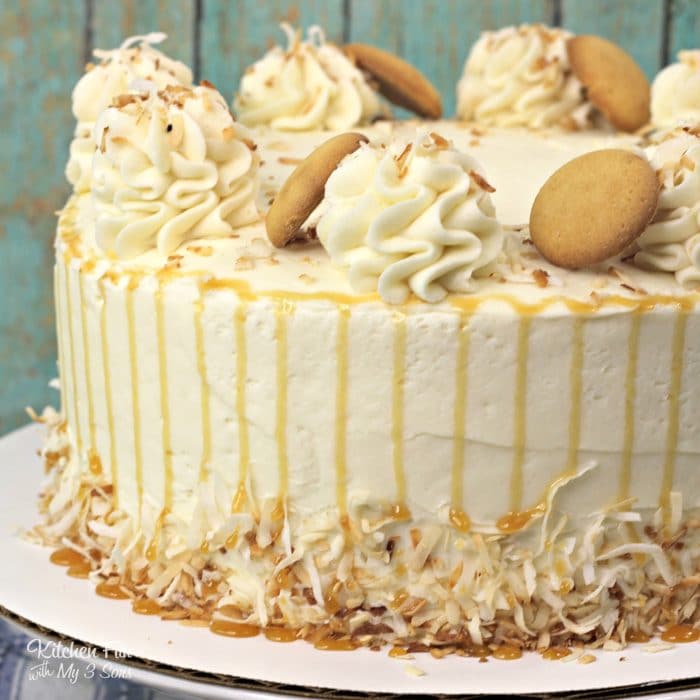 Do you have a cake leveler?

No shame if not! Most people don’t. If you can pick one up on the cheap and you think you’ll need it again, awesome. If not, try a DIY solution. There are plenty of tutorials online about how to cut the top off the cake with dental floss. 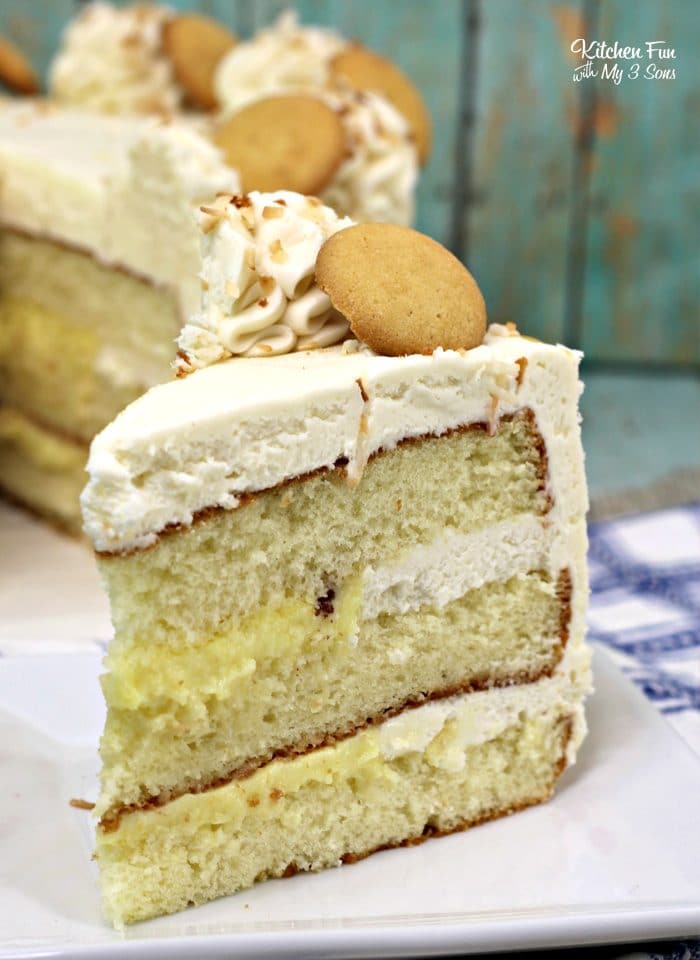 Toast your own coconut.

I don’t know why, but I feel like that sentence should somehow be a motivational t-shirt or bumper sticker. LOL!

Toasting coconut is as easy as turning on the oven (325), spreading shredded coconut evenly on the cookie sheet, and baking until it’s all golden brown. Depending upon your oven, you can expect 5-7 minutes – maybe a little longer, maybe shorter. When they are golden brown (after a few good shakes while baking to even it all out) it’s time to come out of the oven.

NOTE: If you are using sweetened coconut, it will get brown quicker because of the sugar. Keep a close eye on the oven. 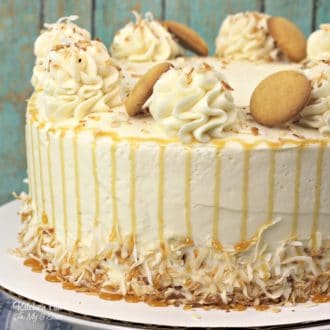 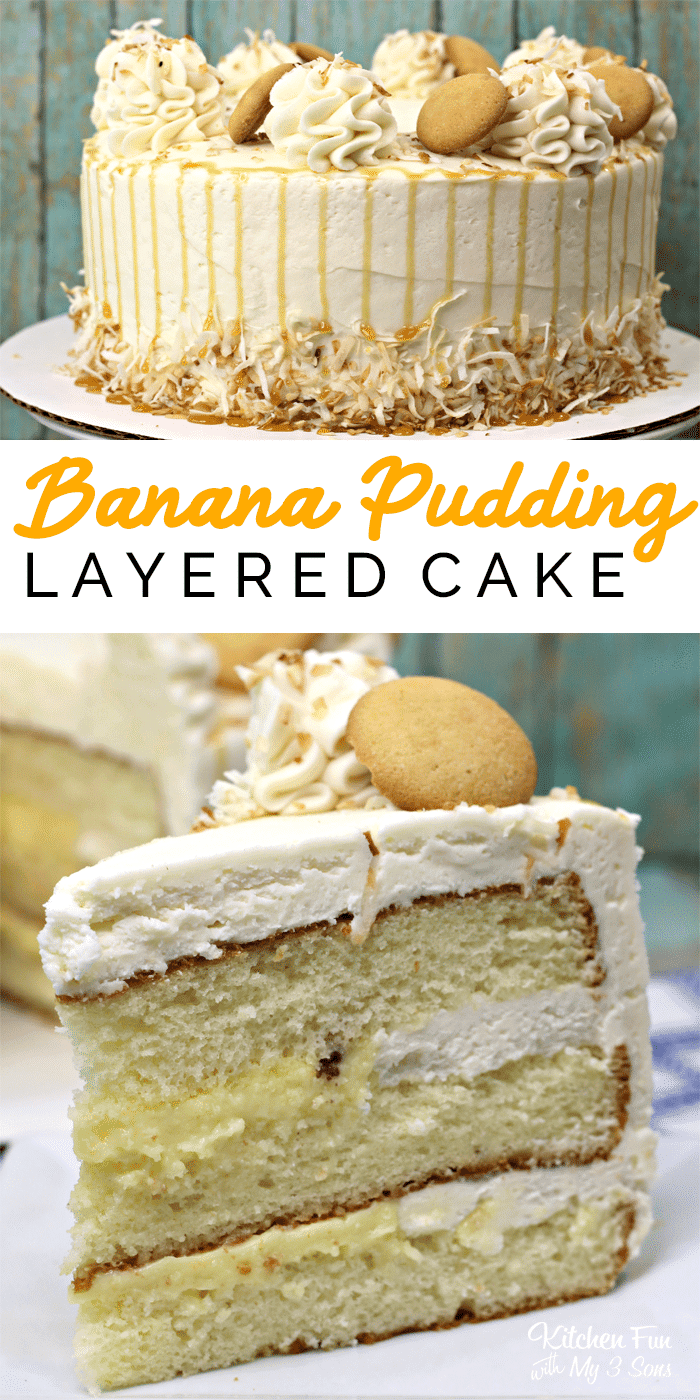 Under the Banana Pudding ingredients it has 2 of milk below the instant banana pudding line. Is this 2 cups of milk?

Yes, 2 cups. Just fixed that and thanks for letting me know.