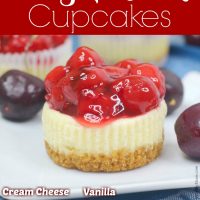 Cherry Cheesecake Cupcakes with a yummy graham cracker crust and creamy cheesecake is delicious. It’s a tasty dessert that looks so pretty and is super easy to make.

We have made so many great cheesecakes over the years. If you like the tiny bite-sized version, after this go take a peak at the Oreo Crust Mini Cheesecakes and the No-Bake Cheesecake Bites. Maybe even make all of them! 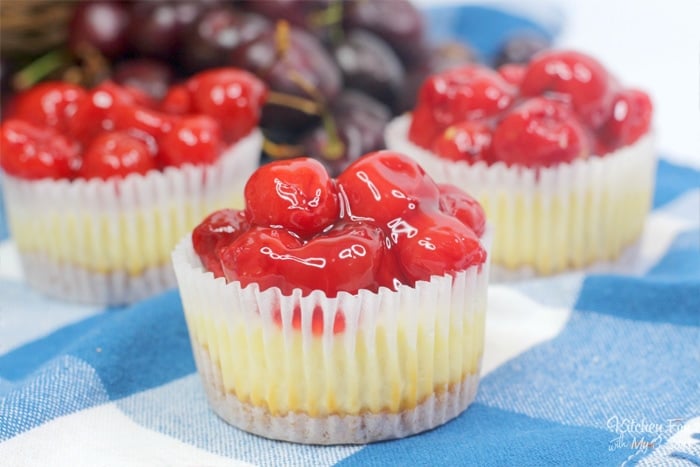 This recipe packs a big flavor punch, but is pretty simple to do. We’re starting with a quick graham cracker crust, cheesecake and cherries.

What I love about making these cherry cheesecake cupcakes into individual servings is there’s no cutting involved. Everyone can simply grab a treat when they want it! Plus, they are just super cute. 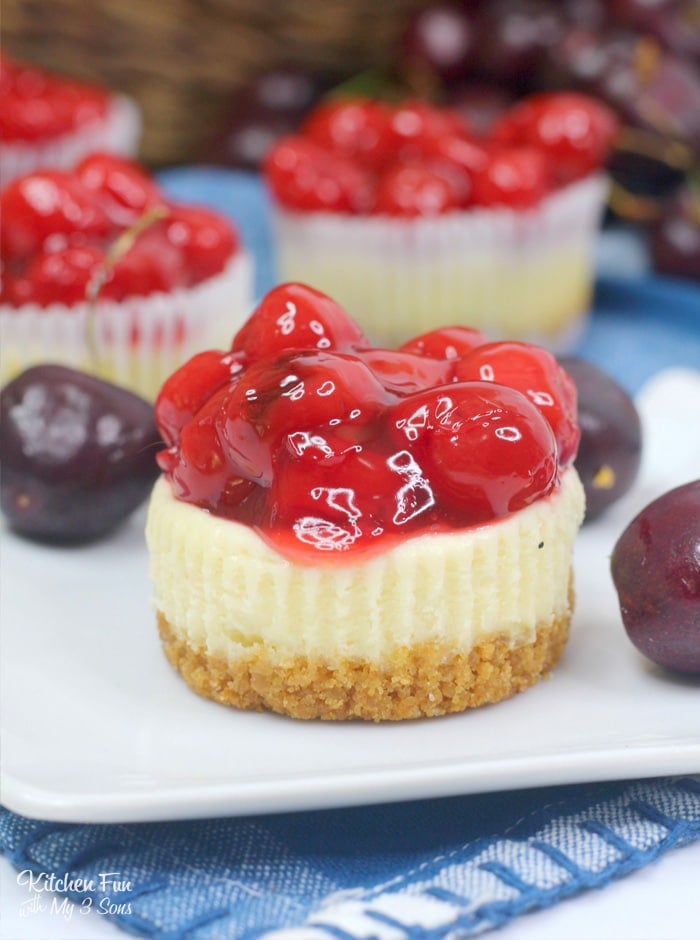 How To Make Cherry Cheesecake Cupcakes

Tip: Don’t overfill the cupcake liners because you don’t have any room left for the cherries.

You could get creative if you want to, and switch up the topping flavors. Oh! A fun idea might be to make each cupcake a different flavor! Just walk through the baking section of your grocery store and pick out a few pie fillings.

Heck, these are also really good plain if you want to skip the fruit altogether.

However you serve these, they will definitely be a huge hit. 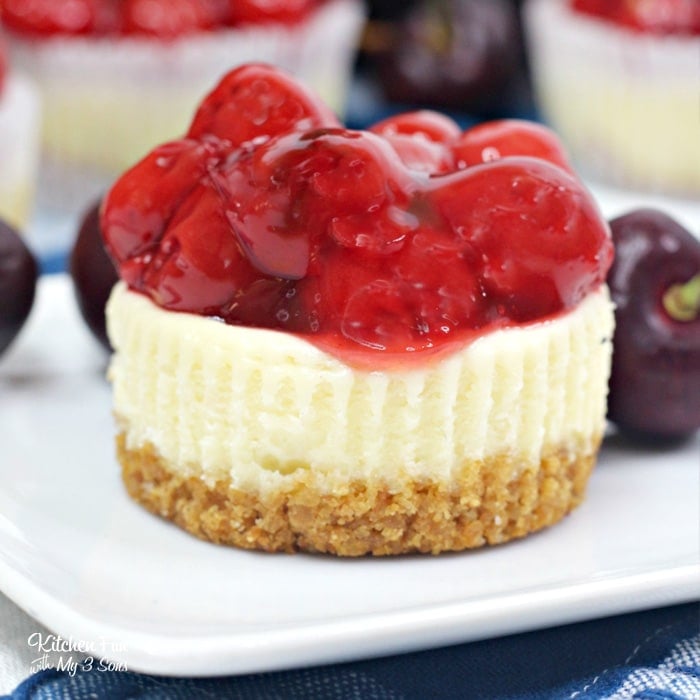 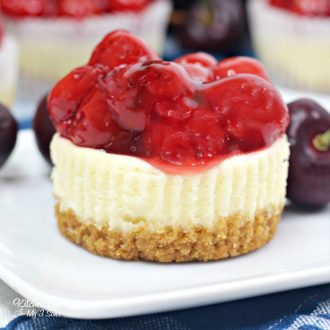 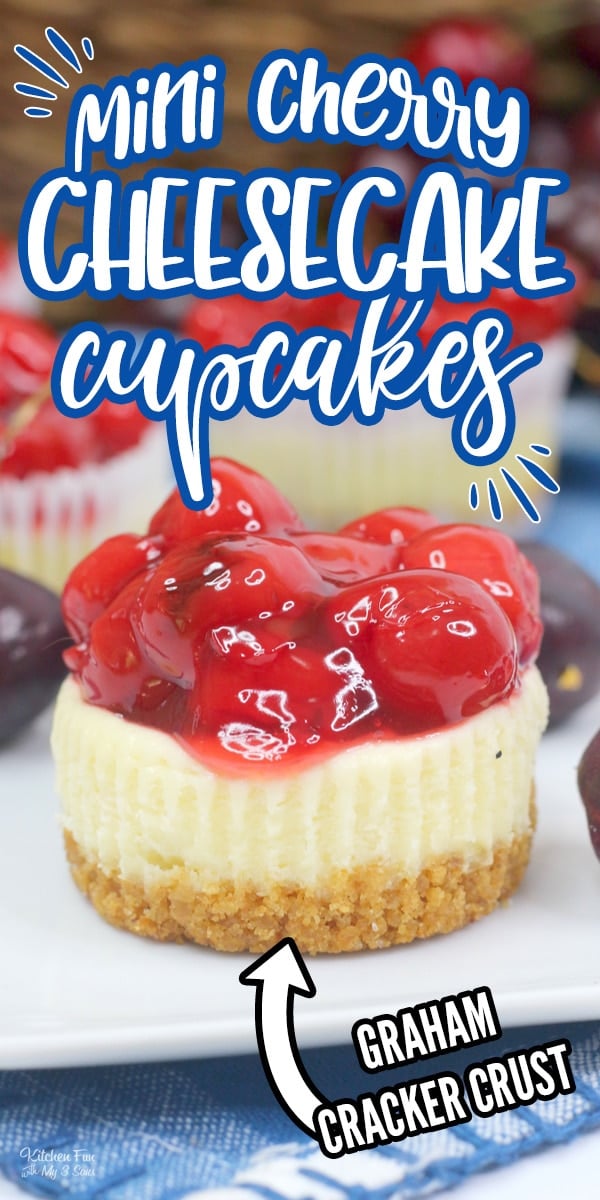 These cheesecake cupcakes were the best I ever made. Had to make 3 batches in 5 days. Every one loves them.