Enchilada Soup In The Slow Cooker

Enchilada Soup is inexpensive, easy & uses ingredients you likely already have. Get out your slow cooker and let’s make a soup that’s a favorite for so many families.

I’ve said so before, but a nice soup is one of the most perfect meals ever, in my humble opinion. Everything goes in one pot and then all you have to do is wait. Have you ever tried Spanish Soup? What about Reuben Soup? If not, you need to save both of those recipes because you don’t want to miss out. 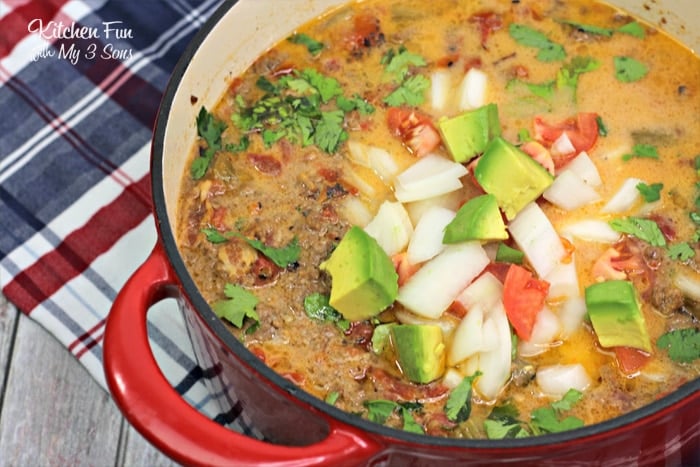 This soup isn’t just easy to make. It’s cheap! A pound of hamburger, some broth, onion, and some fire-roasted canned tomatoes are the most expensive things on the ingredient list!

This soup is exactly what an insanely busy Mom (or Dad) wants in their recipe box. It’s hearty, so it has that “stick to your ribs” kind of feeling.

I often cook up things like hamburger meat ahead of time and then separate it out into freezer bags. That way when I need to get a meal going, like this Slow Cooker Enchilada Soup, I can gather up all the ingredients in a flash.

I also like cooking the hamburger this way because I make a mess once when it’s in the frying pan and that’s it. Everything goes in the crockpot and all I have to do to clean up is wipe off the counter where I was cooking. 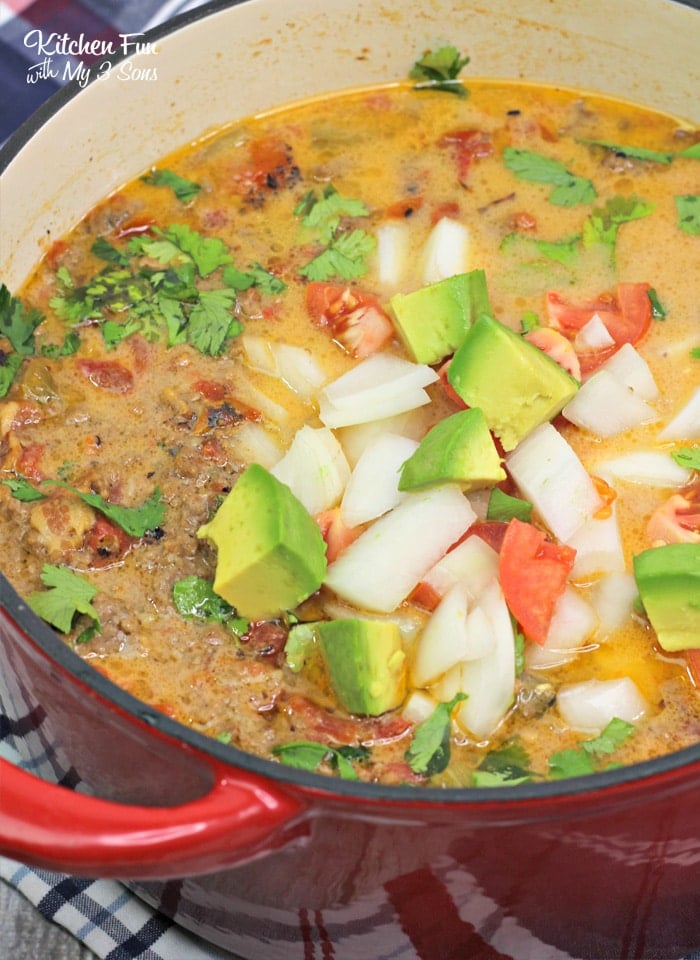 You’ll notice it’s in the list of ingredients, but you don’t have to use it. I’ve written about cilantro before, so I get how divisive it is. Does it taste like soap to you? (The recipe Asian Chicken Noodle Soup has a section titled “WHY DOES CILANTRO TASTE LIKE SOAP TO SOME PEOPLE?”)

Slow Cooker Enchilada Soup – what to serve with it.

I will admit that tortilla chips are my go-to addition to lots of soups, but especially those with a Mexican taste. I crunch them on top of each bowl, or a just pull out the whole bag and let people serve themselves.

For this soup, the avocado, chopped tomato and onion, and sprinkled cheese are pretty perfect toppings. I’m not sure you’d need much else, but if you do and you don’t care for tortilla chips, try some soft flour tortilla shells on the side. What do you recommend? 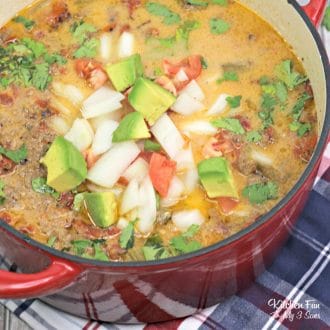 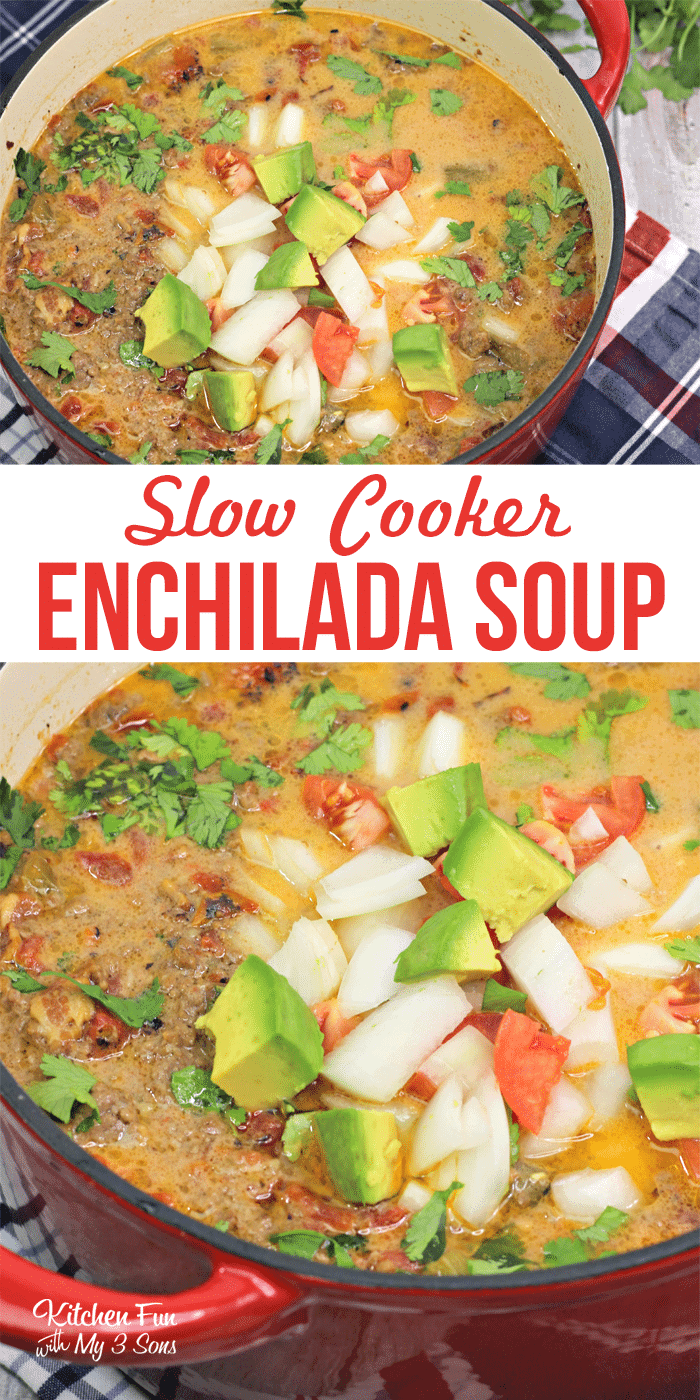