Valentines Cheesecake is a triple layer dessert with a cookie crust. It’s easy to make, it’s no-bake, and it’s frozen, so you can make it ahead and serve it when you’re ready.

We have so many delicious Valentine’s Day recipes. Besides this yummy cheesecake, some of my favorites are Valentine Thumbprint Cookies, Cake Batter Fudge and Chocolate Valentine Surprise Cake. Go try them all! 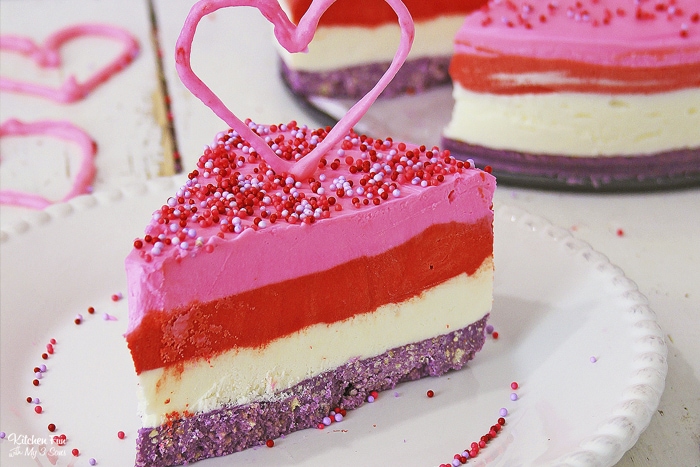 This dessert is so beautiful you almost won’t want to eat it. It totally looks like it’s from a bakery! 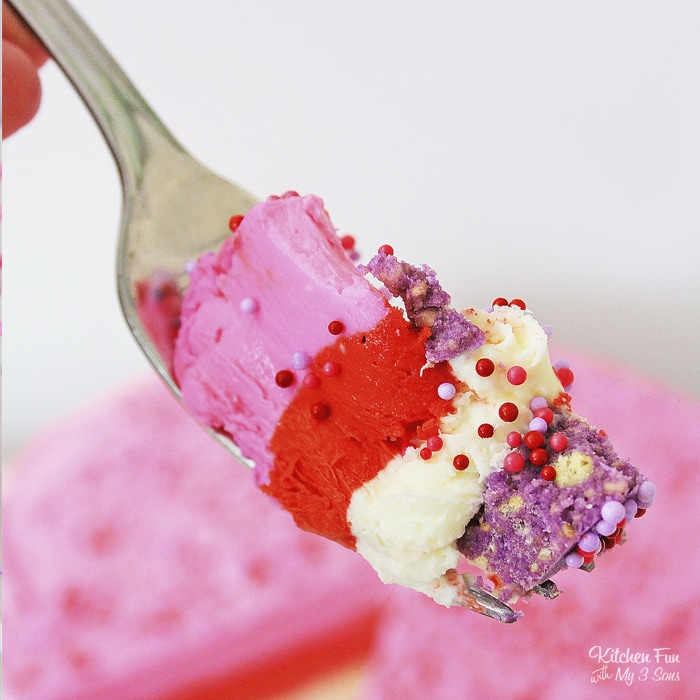 How To Make A Valentine’s Day Cheesecake

To start, we’ll make our crust. Yes, we are using a packaged crust for this, but we’re going to break it up into pieces and redo it.

Crumble the crust, color it purple with the food coloring, and then press it into your pan on top of parchment paper. Let it set up in the freezer.

With a mixer, combine the whipping cream, part of the powdered sugar and vanilla. When it is mixed all together, crank the speed up to high and whip it until it forms stiff peaks. Then let it sit in the fridge. 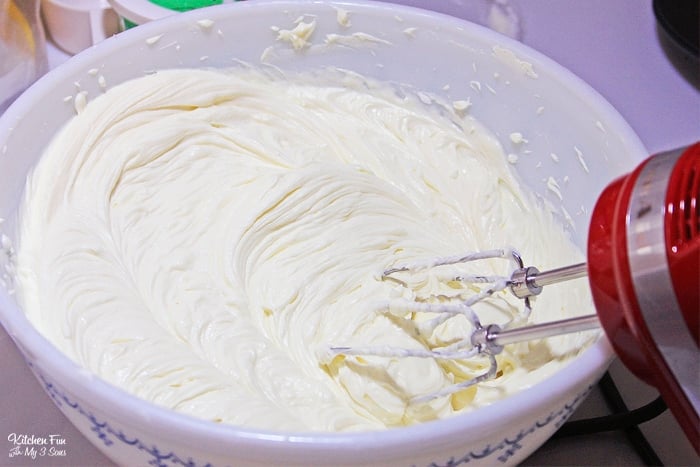 When it is blended well and the consistency is creamy, fold in the whipping cream.

Divide the cheesecake batter into thirds, coloring one red, one pink and leaving one white. Put the colored mixtures into the freezer. 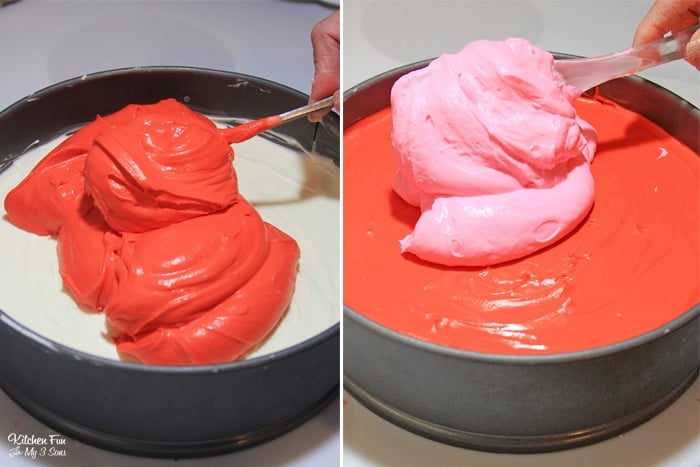 Grab your crust from the freezer and pour the white cheesecake on top. Put it back in the freezer until it is firm to the touch. This usually takes about an hour.

Repeat pouring and freezing with the red and then pink layers. When all layers have set, remove from the pan and enjoy! 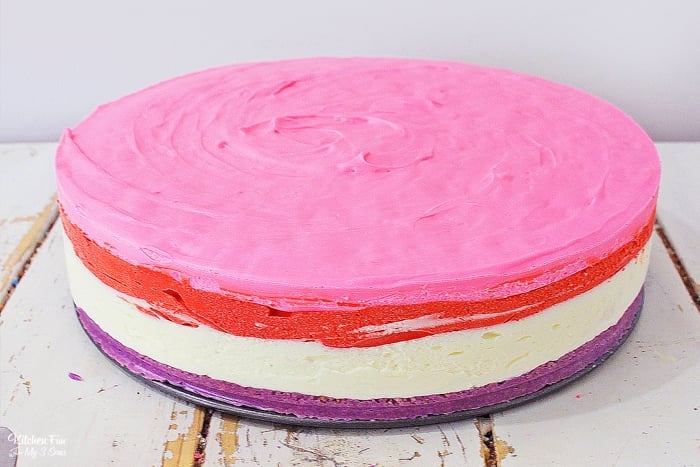 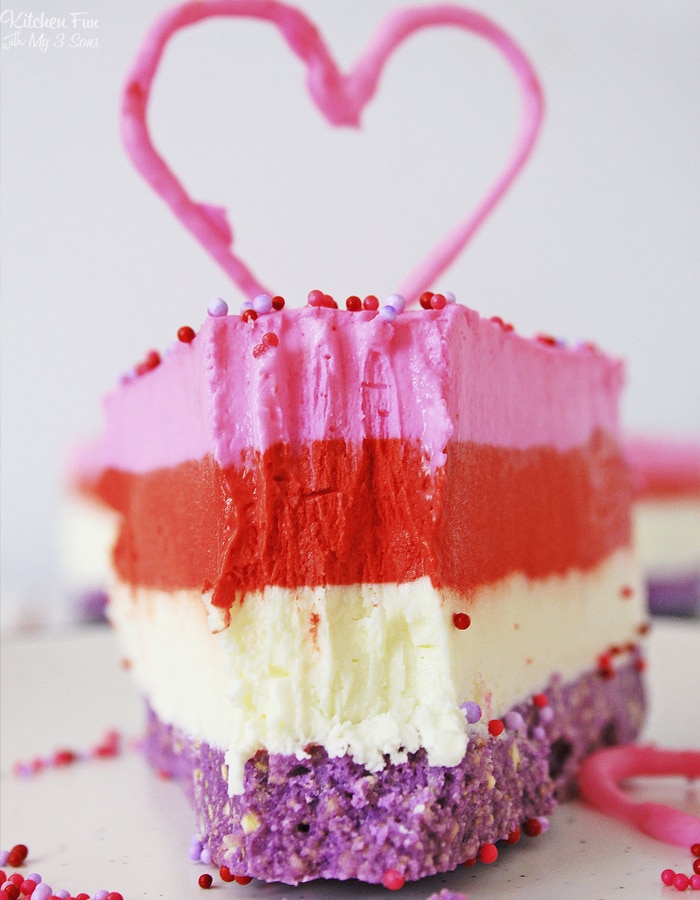 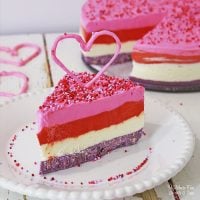 Prep Time:
20 mins
Cooling Time:
3 hrs
Valentines Cheesecake is a triple layer dessert with a cookie crust. It's easy to make, it's no-bake, and it's frozen, so you can make it ahead and serve it when you're ready. 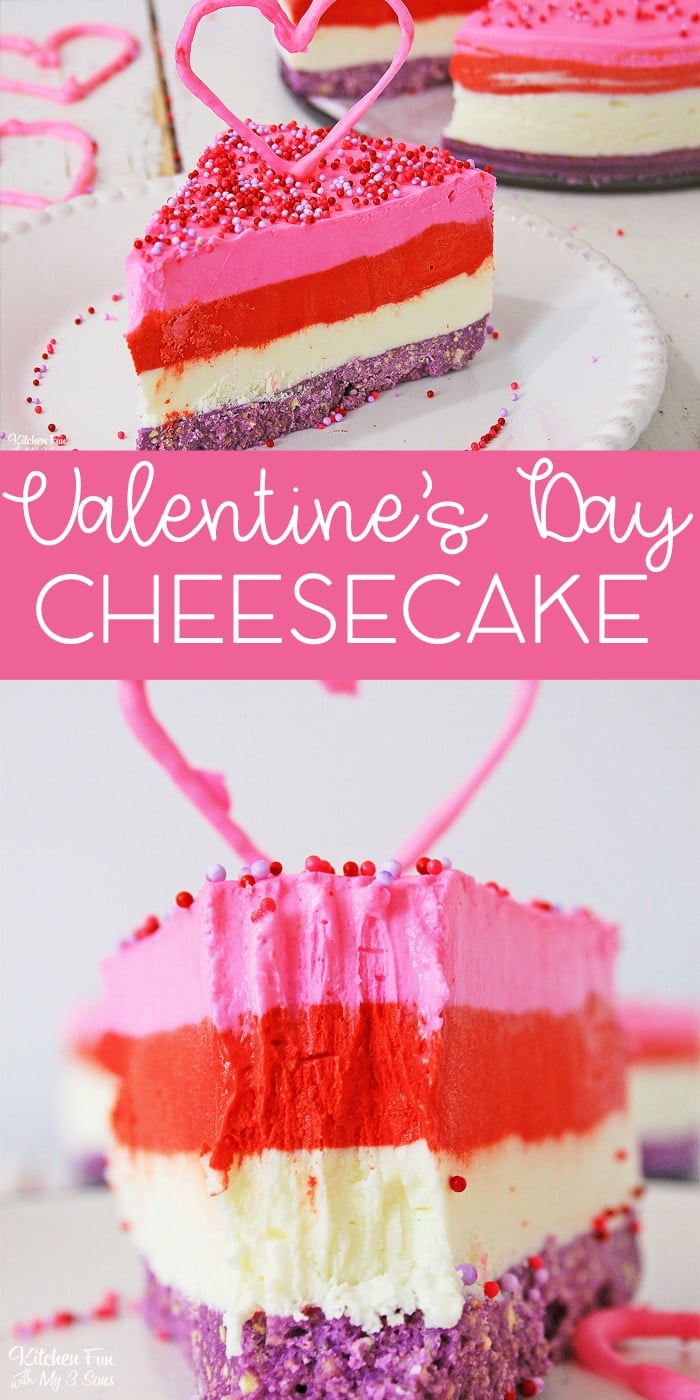 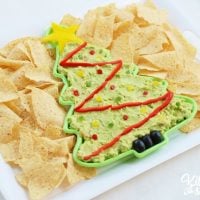 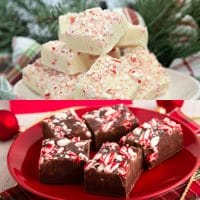