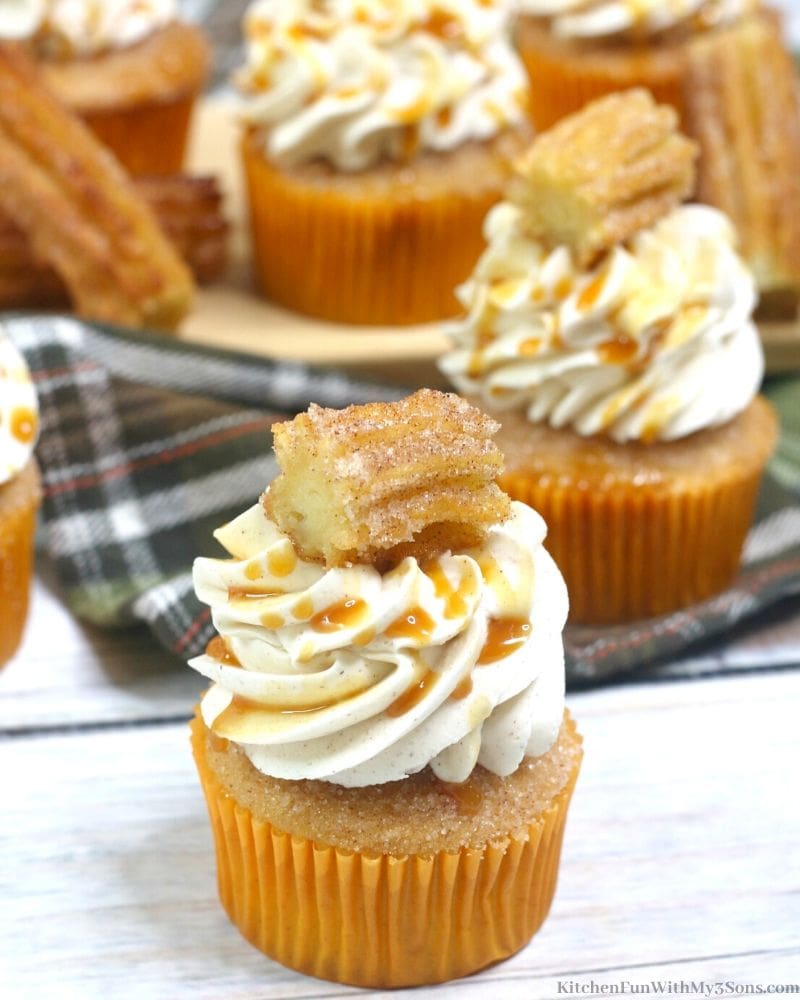 Churros are delicious. It is a crunchy treat that is fried and then coated in cinnamon sugar. When you make these churro cupcakes, you are bringing these amazing flavors into these moist cupcakes. You will also want to check out our Churros Recipe – it’s delicious!

How to Make Churro Cupcakes

Using a mixer, beat the sugar and butter together until it is creamy.

Add the egg and mix it into the sugar mixture, then beat in the vanilla, salt baking soda, baking powder, and cinnamon.

Preheat oven to 350 degrees and line cupcake pan with liners

Add the heavy cream into the batter.

Then add in a little bit of flour at a time.

Once the flour is combined in the batter, add the sour cream.

Pour the batter into a cupcake pan with liners, filling it 3/4 of the way full.

Bake the cupcakes in a preheated 350 degree oven for 22 minutes.

While the cupcakes are cooling, make the frosting by combining all of the ingredients until it forms soft peaks.

Then scoop the frosting into a piping bag.

Next, melt 1 cup of butter and in another bowl mix 2 cups of sugar and 2 tablespoons of cinnamon

Dip the tops of the cupcakes into the melted butter and then dip it into the cinnamon sugar. 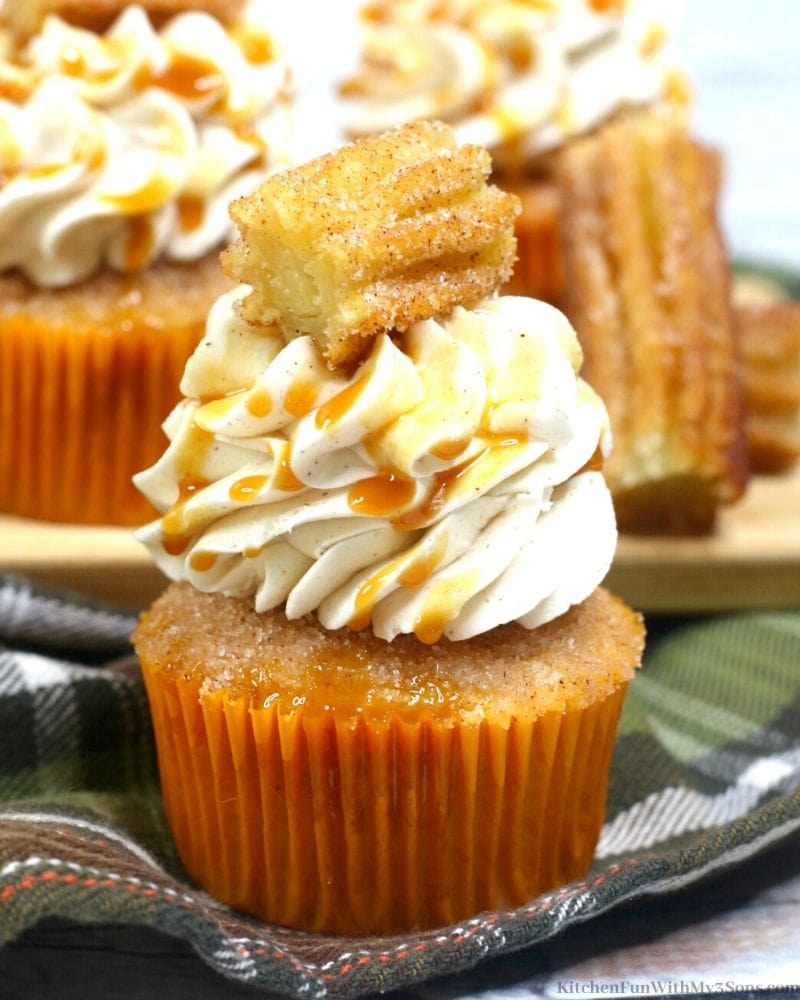 Can These Be Made Into Vegan Churro Cupcakes?

There are several things that have to change to make these into vegan churro cupcakes. You will need to use non dairy butter as well as nondairy sour cream, replace the heavy cream with coconut cream.

Where Can I Buy Churros to Put On My Cupcakes? 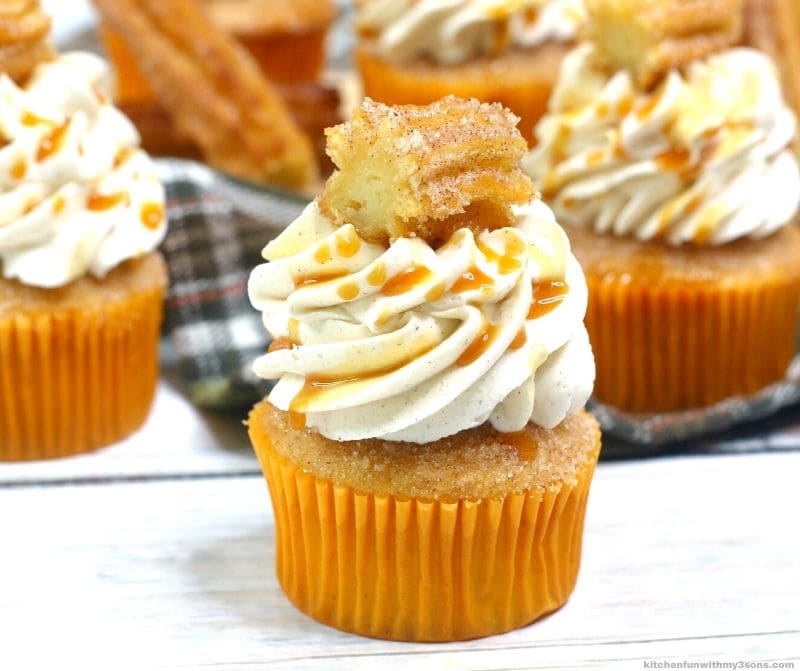 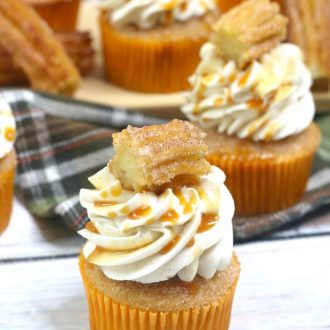 Published By Jill
Churro Cupcakes are delicious made from scratch cupcakes that is absolutely amazing. These cupcakes bring together the flavors of a cinnamon cupcake with cinnamon sugar on top. These cupcakes are perfect for a party or picnic.
5 from 1 vote
Print Recipe Pin Recipe Rate this Recipe
Prep Time 30 mins
Cook Time 22 mins
Total Time 52 mins
Course Dessert
Cuisine American
Servings 24 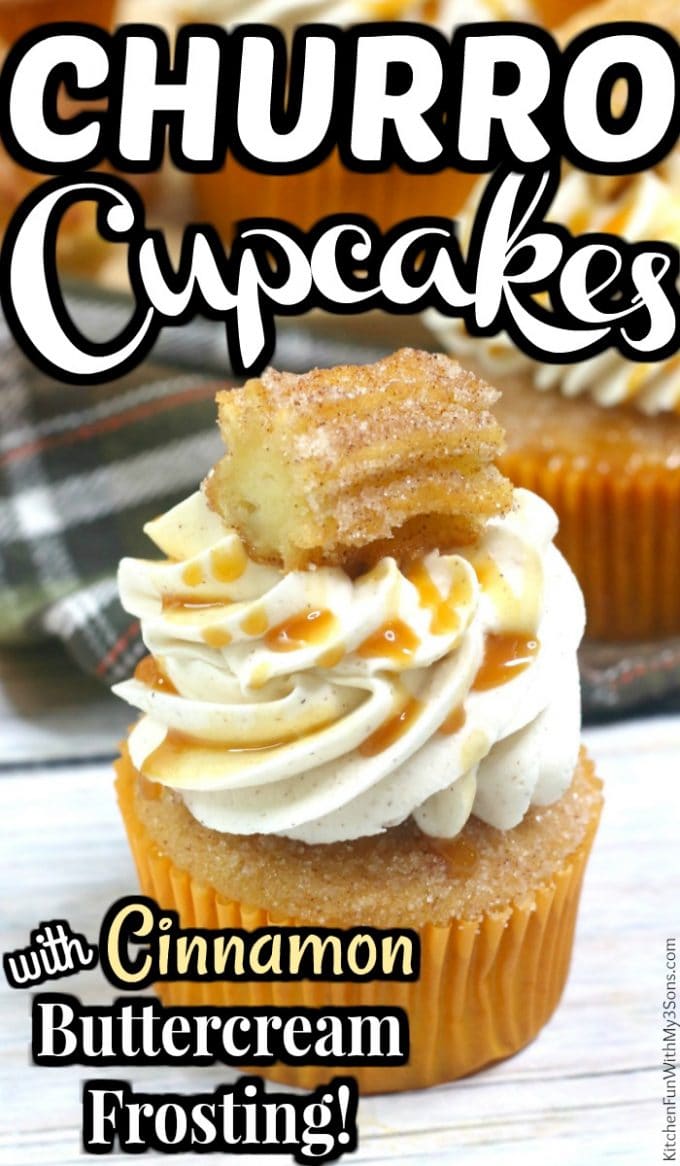