This Orange Glazed Ham recipe is a twist on your normal Ham recipes. You have a sweet honey flavor mixed with sweet orange marmalade. This recipe has a delicious savory taste that is perfect for any meal. 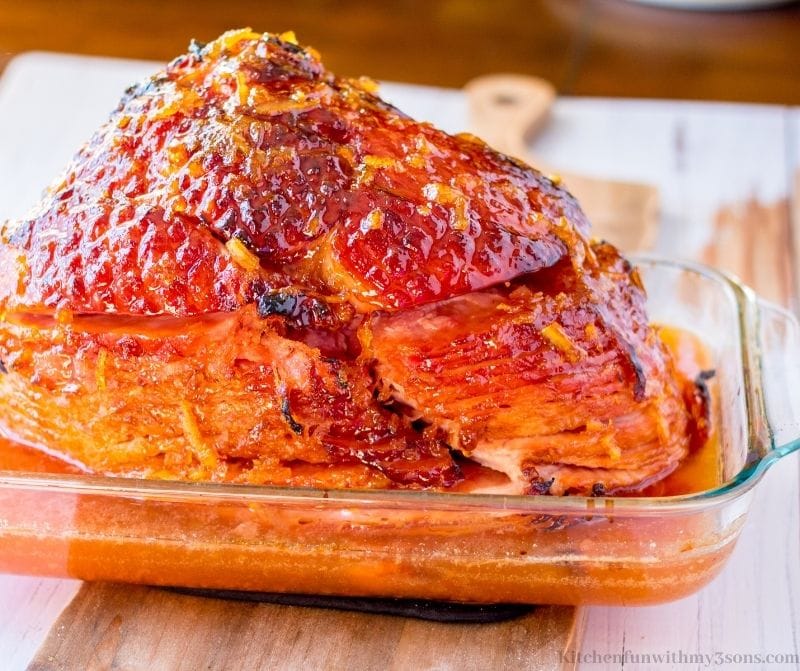 This Orange Ham Recipe is so good and only uses a handful of ingredients to make this amazing recipe. It will take roughly 5 minutes to prepare your glaze, and then you can bake your ham for an hour. The glaze is poured over top of the cooker ham and adds a rich layer of flavor. This recipe is so good that you may want to eat the entire thing. However, if you have left overs from your recipe, you can use the left over meat to make other recipes like Creamy Ham Potato Soup or Mexican Macaroni Ham Salad.

How to Make Orange Glazed Ham

Put the ham in a shallow roasting pan or baking dish.

Combine the brown sugar, honey, and marmalade into a saucepan over medium heat.

Over medium heat, continuously stir until the ingredients begin to bubble. Simmer for about 2-3 minutes. 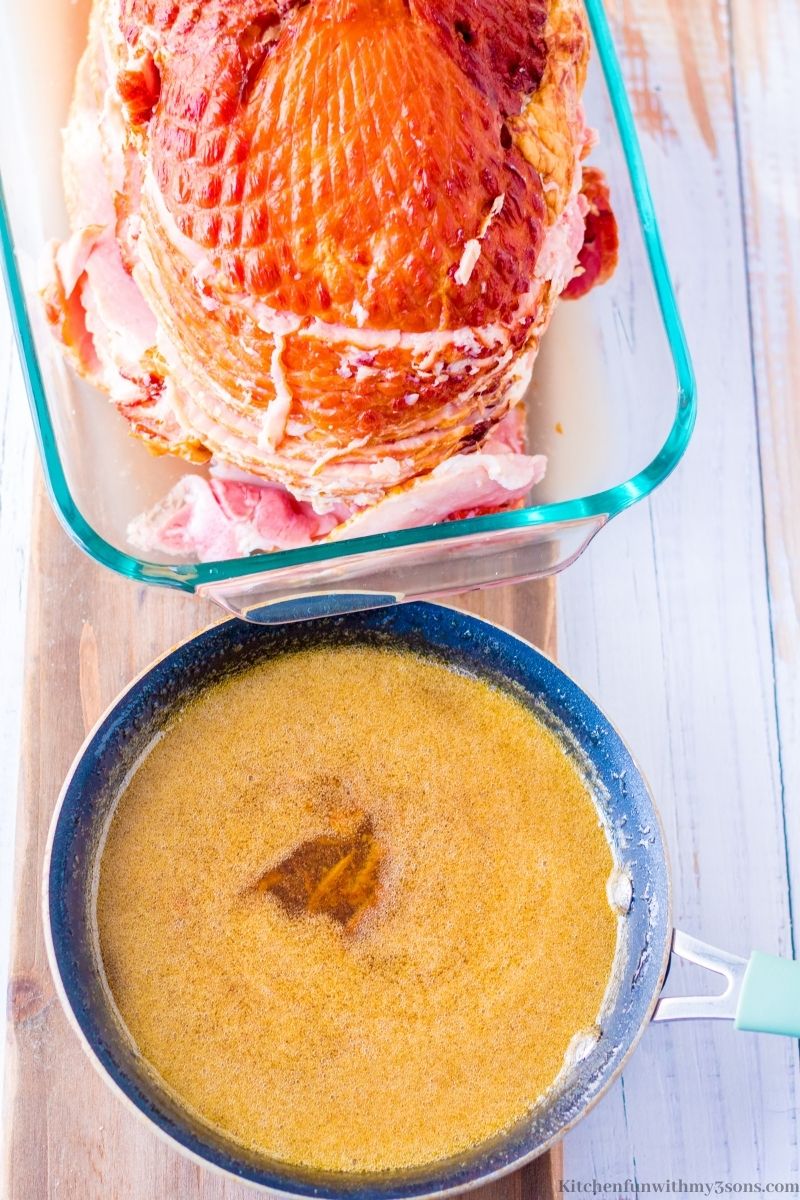 Add the glaze on top of the ham with a spoon.

Place in the preheated over for 1 hour.

Add the rest of the glaze on top of the cooked ham, and then, bake the ham for an additional 15-30 minutes or when you place a meat thermometer and it reads 140 degrees. 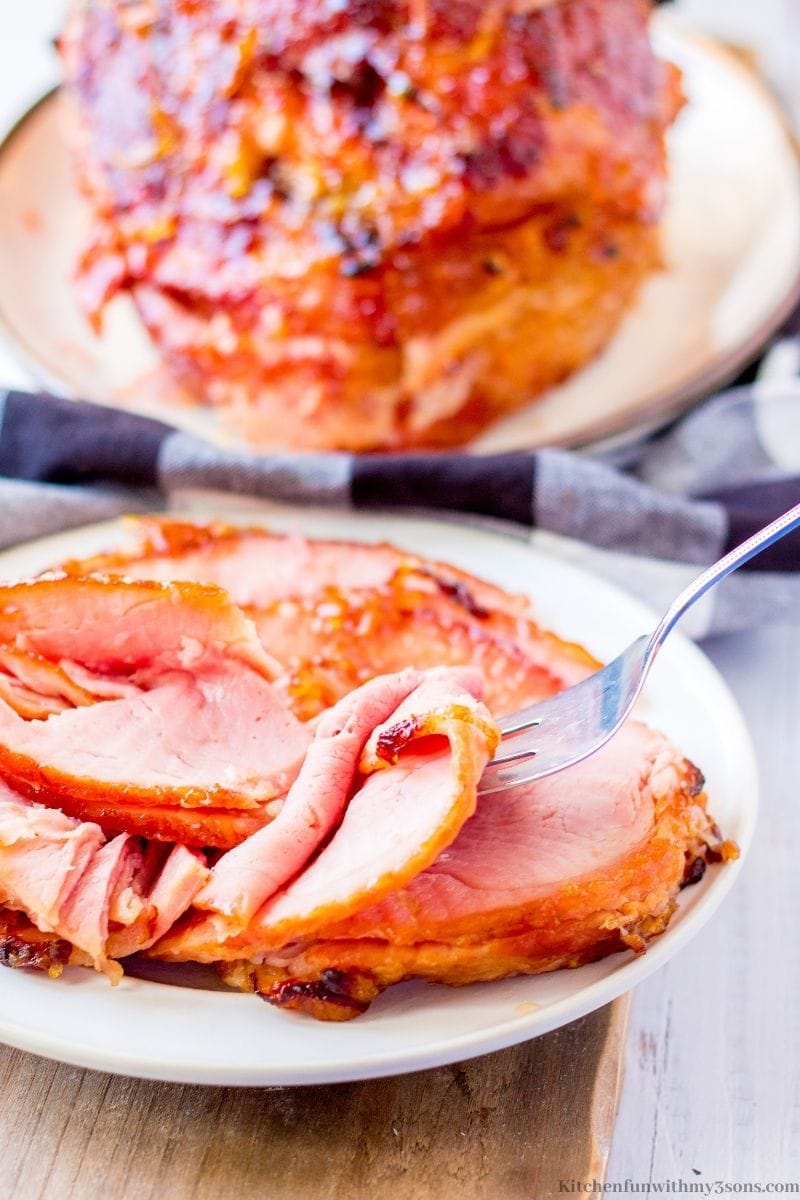 Can I Make This Ham in the Slow Cooker

While I am making this ham in the oven, you can make the ham in the slow cooker as well. It is a simple way to make the ham even if you can not be home to watch the oven.

How to Store Leftover Honey Ham

You can easily store the leftover ham in the fridge. You can place the ham in a sealed container. This recipe can last up to 2 weeks in the fridge. 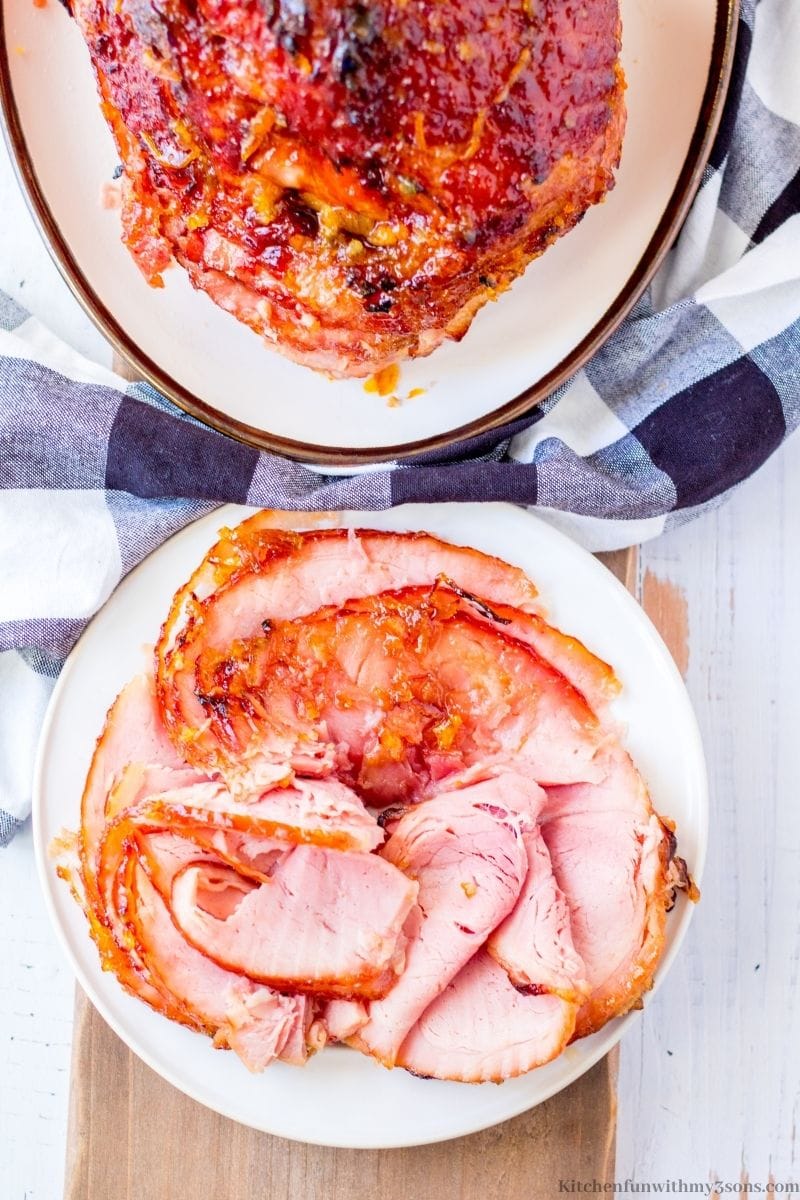 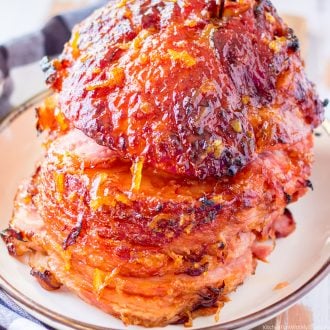